Samuel Furfari has never been your typical discreet EU civil servant. A flamboyant Italian national born into a coal miner family in Belgium with a likeness to Agatha Christie’s fictional Belgian detective Hercules Poirot, he has always been outspoken in his views – which differ in many ways from the “party line” in Brussels. Thus for example, Furfari, who retired from the Commission in June 2018, but still teaches Geopolitics of Energy at the Free University of Brussels and has recently finished a 1,200-page, two-volume book The changing world of energy and the geopolitical challenges, has never been a great enthusiast for subsidies to renewable energy and biofuels – or any other form of energy for that matter. 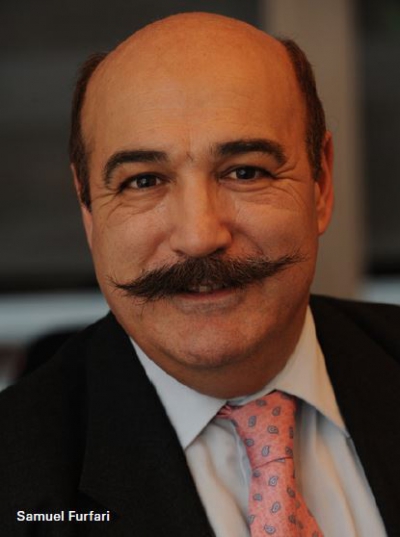 In a recent article in European Scientist, Are governments able to deliver the energy transition?, he notes that between 2000 and 2018 the EU and its member states spent more than €1,000 billion on promoting renewable energy, mainly wind and solar, but “despite this huge investment...wind and solar energy represent only 2.5% of the total primary energy” in the EU today.

The EU’s new hydrogen policy, which the European Commission presented in July 2020, will compound this policy failure, according to Furfari, by putting this renewable energy to work to produce hydrogen through electrolysis. “When you convert renewable energy into hydrogen through electrolysis, and then convert it back to electricity by fuel cells, you lose over 70% of the energy,” Furfari points out. “The process is totally inefficient and therefore will not have any industrial application without continuous subsidies.”

Furfari, who is President of the European society of engineers and industrialists, is not just an academic critic. As a passionate chemical engineer and technology officer at the European Commission, he witnessed all the major successes and failures of the EU’s energy policies over the past 36 years at first hand. In the 1980s, he managed the EU programmes for liquefaction and gasification of coal (to reduce dependence on Middle Eastern oil), and later served as head of fuel cell demonstration projects. He was also for some time head of the promotion of renewable energy and energy saving for local authorities.

One of his main criticisms of the current hydrogen craze, detailed in his new self-published book, The Hydrogen Illusion, is that hydrogen has been amply tried before, with no success. “We know that hydrogen has inherent limitations which no technology innovation can change,” he says.

In 1983, he recalls, he had a book at his bedside called, “Hydrogen: the energy vector of the future”. At that time also the Hydrogen Society was founded. “Hydrogen was going to be so abundant that everything would work with this alternative vector energy. This clean electricity would supply all domestic energy consumption: air conditioning, cooking and domestic hot water. Of course, it was also to be used to replace oil products in the transportation sector, so much so that the plan was to refill one’s hydrogen car at home.”

However, “this dream was shattered when the costs were assessed,” writes Furfari, especially when oil prices came down.

“130 Mt of hydrogen are produced yearly and worldwide to produce fertilisers and drastically reduce the pollution caused by transportation fuels,” says Furfari. “And this is set to increase. 95% is produced from natural gas by the well-known steam methane reforming process, not for the pleasure of using hydrocarbons but because to produce one molecule of hydrogen from water electrolysis – according to the chemistry laws – you need seven times more energy than with methane. Therefore, green hydrogen will need ongoing subsidies, and this is not sustainable.”

But the hydrogen dream did not go away so easily. In 1988, the EU embarked on a project for the production of hydrogen in the Canadian province of Quebec. The idea was to produce hydrogen from hydropower, convert it into methyl-cyclo-hexane from toluene, transport it to Europe, where it would be converted back into hydrogen and toluene. Exactly the type of project that is being talked about a lot today. But it turned out to be much too costly. “It is astounding to note that the idea of toluene storage still interests researchers, despite the 54% loss of energy contained in hydrogen,” writes Furfari.

In the early 2000s, hydrogen made another comeback, spurred on by Jeremy Rifkin’s popular 2002 book The Hydrogen Economy. Another enthusiast was Vittorio Prodi, brother of European Commission President Romano Prodi, an Italian physicist and MEP who worked closely with the Green Party and wrote the “European manifesto for the development of the hydrogen economy” in 2005.

Across the Atlantic, the Bush Administration also went for a “hydrogen revolution that would transform the way people live, work and drive,” writes Furfari. The US Department of Energy developed “a long-term national vision for moving to a hydrogen economy”, producing a National Energy and Hydrogen Technology Roadmap around 2004 – which is exactly what they did last year, only now they call it a Hydrogen Program Plan. As part of the US hydrogen drive, America’s big car manufacturers Ford, GM and DaimlerChrysler, started a partnership in 2003 under the name of FreedomCAR to develop fuel-cell cars. It was quietly shelved when it was found to make no economic sense.

Yet here we are in 2021 and the hydrogen dream has cropped up again. Policymakers have declared that the EU must have zero-carbon emissions in 2050 and can see no other road than through a combination of renewables and “green” hydrogen, with perhaps a small role for natural gas-based hydrogen in combination with CCS, the “blue” version.

Why does Furfari call this an illusion? First, he notes that water electrolysis is an energy-intensive process. The efficiency of electrolysis is between 60 and 70%, according to Furfari, which may be acceptable for certain industrial applications, but not if you are going to produce it on a large scale. Technological innovations, e.g. in the form of new membranes, may lead to some progress, but they won’t be breakthroughs.

If hydrogen is used to produce electricity, e.g. in a fuel cell to power a car, the economics get even worse. Over 70% of the energy gets lost in the process. Furfari became responsible for this technology area in 1988 within the Directorate-General of Energy. He recalls he was excited about the projects then being carried out, for example at MTU, a subsidiary of Daimler-Benz, “on which the German government pinned enormous hopes.” But it had to be abandoned in the end, because it was just too inefficient and expensive.

Driving hydrogen-powered cars consumes three times the energy of battery electric vehicles, notes Furfari. “Everything possible was done to make this a success and very substantial funding was available, but no way was found to make fuel cells profitable. It is a pity to note that twenty years later we are still trying to reverse a failure that was well documented. Until the production costs are reduced by at least a factor of ten…significant development of this type of vehicle is not possible in a free market.”

The problem for green hydrogen is not just the low efficiency of the electrolyser, notes Furfari. There is also the intermittency of renewable energy that leads to problems. “In Europe solar and wind operate jointly on average about one-fifth of the time. But you cannot simply switch an electrolyser on and off. It needs a constant supply of electricity. There are all sorts of process you need to control around the stack, the parts that are called the balance of plant. Fluctuations in power supply impose large operational difficulties and inefficiency on these processes.”

Furfari estimates that because of the combination of low efficiency and intermittency, you need 8 to 10 times the number of wind turbines to reach the same level of output as you would get with wind to produce 100% renewable electricity. “The whole idea was already extensively researched in the 1980s. For more than a century chemists around the world have been trying to produce hydrogen at a competitive price, so important is this molecule. This is never going to work.” 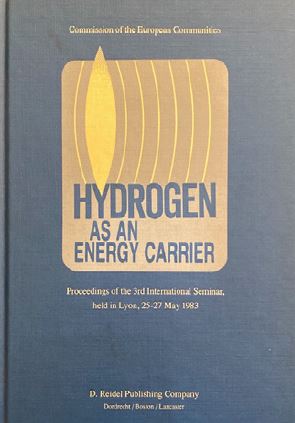 The EU does not have sufficient domestic renewable sources in any case to power the hydrogen revolution, but Germany believes it will be possible to produce the hydrogen in other regions of the world, where there is more space and more renewable resources. To Furfari, this is yet another mirage. “Africa needs electricity and water for its own use. Apart from the geopolitical problems involved, to suggest that African countries should produce hydrogen on the basis of renewable electricity for export to Europe, is absurd, shocking and ethically unacceptable.”

Yet this is what the European Commission proposes in its 2020 hydrogen strategy: “Africa, due to its abundant renewables potential and specially North Africa due to geographic proximity, is a potential supplier of cost-competitive renewable hydrogen to the EU,” says the strategy. Furfari calls this eco-colonialism: “Producing energy in Africa for wealthy Europeans who no longer want any fossil fuels, while the African population loudly shouts for electricity. The European Council of December 2020 has been wise not to mention at all the word Africa in its conclusions,” says Furfari. “However, Germany already signed an agreement with Morocco to carry Moroccan hydrogen to Germany.”

What about places like Saudi Arabia and Australia? Would green hydrogen production be feasible there? Furfari doubts it very much. “It’s as inefficient there as it is here. And they have their own limitations. In the desert there are sand storms that interfere with solar power generation. Do you really think a country like Saudi Arabia is going to give up its hydrocarbon production to produce solar-based hydrogen instead?”

He is not the only one who feels that way. “A lot of people inside the Commission feel the same, but they cannot speak out.” He did get together a group of 14 former Commission officials who wrote an appeal to the Commission in December 2020, urging it “to review its Hydrogen Strategy without the influence of lobbies looking for subsidies, recognising that the massive production of hydrogen from intermittent renewable sources is an illusion.”

The letter was written about in a few newspapers in Belgium and France, but otherwise did not get much publicity. “We have no NGOs or big companies to back us up,” Furfari sighs.

But then what is his own solution to the climate problem? He believes in nuclear energy and in technological progress through dedicated research, for example in solar power. But he adds that any energy transition is going to take a long time. “I don’t see the urgency to do stupid things. We should analyse the numerous mistakes we made in the past and avoid them in the future.”

Realistically, however, he says it is unlikely that the world can meet its energy needs without hydrocarbons in any foreseeable future. “Let’s be clear and realistic: no matter what anyone says, the EU, if it wants to survive, will not be able to do without fossil fuels for now.” 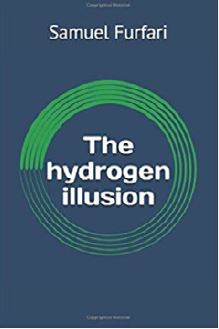 Samuel Furfari’s The Hydrogen Illusion can be ordered on Kindle and in paperback through Amazon.