The IEA stunned the international oil and gas sector on May 18 when it released Net Zero by 2050: A Roadmap for the Global Energy Sector, calling for an end to all new investment in oil and gas fields, across the world.

If this took oil producers by surprise, the amazement in the natural gas sector was even greater. Until recently, the IEA steadfastly projected rising gas demand up to 2050, even in its Sustainable Development Scenario, which is aligned with the Paris climate goals. For example, in the Sustainable Development Scenario in the 2018 World Energy Outlook, global gas demand was projected to grow from 3.77 trillion m³ in 2017 to 4.18 trillion m³ in 2040. In the new Net Zero by 2050 report, however, gas demand declines by 55% to 1.75 trillion m³ by 2050. A stunning reversal of direction.

To hammer home the point, the roadmap states bluntly that “no new natural gas fields are needed in the NZE (Net Zero Emissions scenario) beyond those already under development. Also not needed are many of the LNG liquefaction facilities currently under construction or at the planning stage. Between 2020 and 2050, natural gas traded as LNG falls by 60% and trade by pipeline falls by 65%.”

What made the IEA change its mind so suddenly and so thoroughly on gas? There is no clear answer in the report. There are no new data that seem to underlie this reversal.

The IEA’s “total transformation of the energy economy”, as it describes its own roadmap, would require stupendous investments in renewable energy: annual additions of 630 GW of solar photovoltaics (PV) and 390 GW of wind by 2030. According to the latest data from BP, between 2005 and 2019, the average amount of wind installed annually around the globe was about 41 GW, so that should be ramped up to nearly 10 times that figure. For solar PV, it is “equivalent to installing the world’s current largest solar park roughly every day,” the IEA itself notes.

There is no discussion in the report of how these amounts of renewable energy could be integrated into the world’s energy systems, nor of space or geographical limitations, although the IEA does note that the need for critical minerals and rare earth materials will grow sevenfold between 2020 and 2030 in its NZE. The IEA also admits that total annual energy investment will need to surge from $1 trillion today to $5 trillion by 2030, but spins this as an increase in GDP rather than as an additional cost.

Even more seriously, there is no discussion either of what will happen to the global economy or to energy security when oil and gas shortages emerge, which won’t take long, given the natural decline rates of existing oil and gas fields. 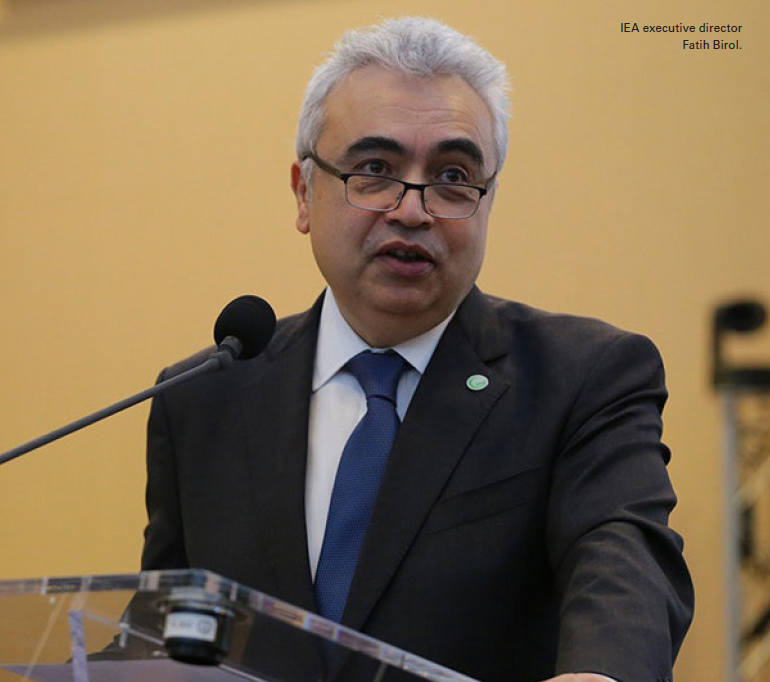 For this reason, independent energy expert Cyril Widdershoven calls the net-zero roadmap “reckless” and “irresponsible” in an interview with Gas in Transition. He is worried that the report will be taken seriously in the OECD but not in the rest of the world, which will weaken the already battered position of western international oil companies (IOCs). He also makes the point that “by viewing oil and gas simply as energy products, the IEA appears to overlook the many other crucial functions they perform in the economy.”

One of the most widely voiced criticisms of the roadmap is that it does not take local conditions into account. Kwaku Boakye Adjei, director of the Tema LNG Terminal notes that the path to decarbonisation for Africa is different than for Europe. He says the IEA’s net zero roadmap represents a “Eurocentric” view of the world.

What can explain the IEA’s drastic proposal? It appears that the IEA’s executive director, Fatih Birol, has lost patience with the world. For many years Birol has been issuing warnings, each one more urgent than the one before, that there remains a stubborn “gap” between the IEA’s sustainable energy scenarios and the reality of global carbon emissions. He now seems to have concluded that only the most radical message could reach the world.

With this Birol seems to have lost sight of the fact that the IEA is only a think tank, and only an OECD think tank at that. Birol was for many years chief economist at the IEA before he became its executive director in September 2015 with a (renewed) mandate running to September 2023. He was the first energy expert to be given this post, which until that time had always been filled with political appointees. It was a just award for his drive and expertise.

However, Birol is now showing signs he is becoming increasingly frustrated at his advisory role. That is unfortunate. One of his great ambitions was to extend the IEA’s membership to non-OECD countries. With his latest “Eurocentric” proposal, he has now seriously damaged this prospect.

From the Editor: Somewhere, over the rainbow [Gas in Transition]

From the Editor: COP27 falls short [Gas in Transition]