US: more ready for hydrogen than many may realise [GasTransitions]

The US Department of Energy (DoE) on 12 November released a Hydrogen Program Plan “to provide a strategic framework for the Department’s hydrogen research, development and demonstration (RD&D) activities.”

Although the US, unlike many other countries, has no official “national hydrogen strategy”, in terms of its goals and ambitions, the DoE’s Hydrogen Program Plan may well be regarded as a national strategy. What is interesting is that the DoE’s initiative, which it calls H2@Scale, is aimed much more at developing the RD&D side of the hydrogen economy than the production and consumption side. 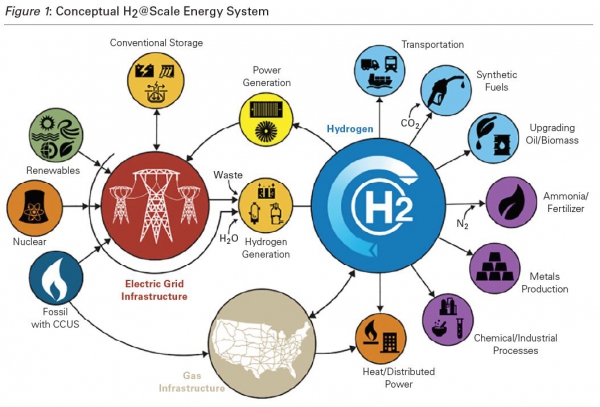 This is exactly the kind of approach that for example the prestigious Florence School of Regulation (FSR) and the European University Institute recommend in their important, recently released “Cost-effective decarbonisation study” (see elsewhere in this issue of Gas Transitions). The authors of this report write that “an approach of first R&DD funding” and only then “production subsidies” is likely to be the best approach. Thus, by having a DoE-backed rather than administration-backed national strategy, the US may well be getting their priorities right.

The Program Plan itself is characterised by a broad-based, technology-neutral approach. DoE does not express a preference for “green” hydrogen, as for example the EU and German strategies do, but takes on board all possible technologies, including hydrogen production from nuclear power and biomass, and the application of CCS to steam methane reforming (SMR) facilities to produce “blue” hydrogen.

The Program Plan is also firmly based on the sizable hydrogen production and infrastructure facilities that already exist in the US. The US produces 10 million metric tons (MMT) of “grey” hydrogen today, mostly based on natural gas through SMR. According to the DOE, the economic potential for hydrogen demand could be up to 41 MMT. Hydrogen could account for between 1% and 14% of total energy demand in the US, it says. In other words, the Plan is certainly not naïvely optimistic on the potential of hydrogen. It is not a plan for a “hydrogen economy”.

The US has an excellent starting position to become a hydrogen giant, notes the DoE. It has ample natural gas resources, a sizable coal and nuclear power fleet, but also very large renewable energy as well as biomass sources. 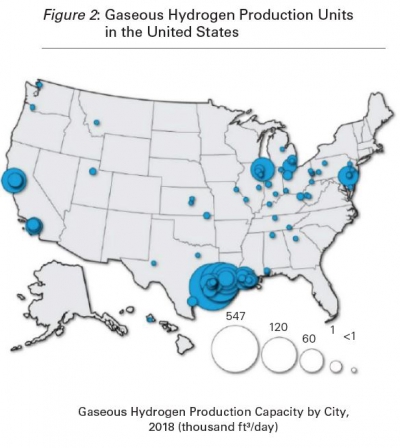 In addition to hydrogen production resources, the DoE notes that the US has over 1,600 miles of hydrogen pipelines and three caverns that can store thousands of tonnes of hydrogen. There are also eight liquefaction plants nationwide, with a cumulative capacity of more than 200 metric tonnes/day. Three additional plants have been announced by industry in the last two years.

According to the DoE, “there is also growing interest in using hydrogen for the production of synthetic fuels, through reaction with carbon dioxide. Accordingly, the idea of co-locating hydrogen production facilities with CCUS facilities is being considered, to help reduce costs and foster regional market opportunities.” A snapshot of current carbon storage locations is shown below. 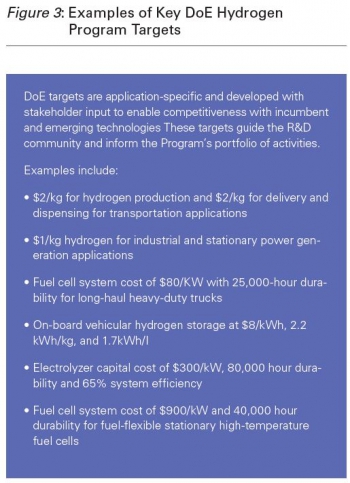 The DoE’s strategy is aimed at “funding RD&D efforts that will provide the basis for the near-, mid-, and long-term production, delivery, storage, and use of hydrogen derived from diverse domestic energy sources. In order to capture the full range of benefits that hydrogen offers, the Program aims to advance hydrogen and related technologies for a wide variety of applications, with varying timeframes for commercial adoption.”

The DoE has set itself the following targets:

The Plan discusses the implementation of these various targets in some detail. Thus, for example, when it comes to furthering the production of hydrogen, the DoE’s efforts will be aimed at the following fields:

Similar lists have been made for other areas of the hydrogen sector, e.g. combustion, storage, transport, etc. All in all the plan presents a complete overview of what it will take to make hydrogen fly. 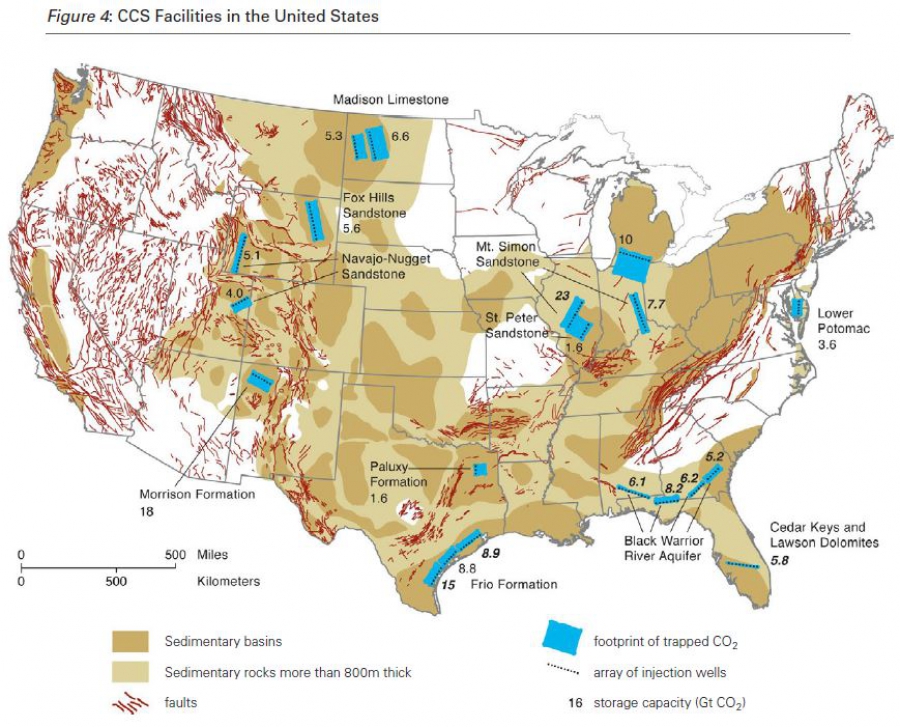 Nonetheless, the DoE does not want go it alone. It emphasizes the importance of international cooperation. “The program engages in multiple international activities and partnerships to share technology lessons learned, foster collaboration, and advance mutual RD&D areas of interest at a global scale. Key examples include the Clean Energy and Hydrogen Energy Ministerials, the International Energy Agency, the International Partnership for Hydrogen and Fuel Cells in the Economy (IPHE), Mission Innovation, the Partnership for Transatlantic Energy Cooperation, and various bilateral arrangements with countries involved in hydrogen and fuel cell activities.”

The US looks more ready for the hydrogen future than many people may realise.

Global hydrogen demand is rising, but lags behind expectations [Gas in Transition]

Natural gas versus coal for blue hydrogen [Gas in Transition]