Serbia has a very small gas market but one that Russia guards jealously, a friendly and strategic outpost in the Balkans. Not a member of the European Union, it buys all its gas from Russia, the supplies crossing Ukraine. As Gazprom talks about cutting its reliance on its former republic for transit, Serbia stands to gain from TurkStream, both as favoured customer and as joint transit pipeline operator with Gazprom.

It would funnel gas coming in from Bulgaria towards Hungary and Austria, and this would be an important new source of revenue for the budget.

President Aleksandar Vucic has stated on several occasions that he expects Serbian industrial growth to boost gas demand, and that Serbia sees no alternative to Russian supplies, which are cheaper than LNG would be.

With that in mind, officials have been keen in recent weeks to stress that they are optimistic the project to build the 403-km pipeline at a cost of €1.4bn ($1.6bn) will overcome potential obstacles.

Energy minister Aleksandar Antic recently said that Belgrade is closer to building the pipeline after a positive opinion issued by the European Energy Community (ECC), a body set up to extend the EU’s internal energy market across southeast Europe. 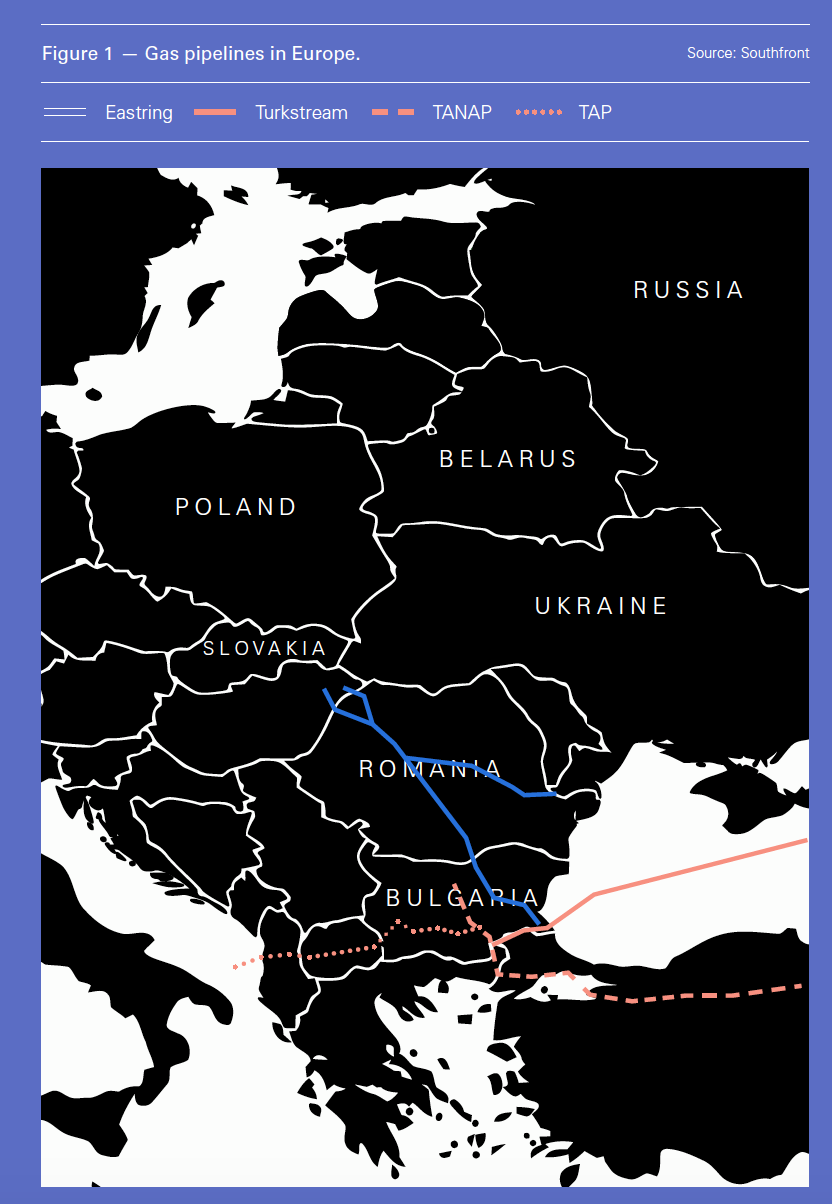 “The fact that the Energy Community has in its opinion concluded that the new pipeline will enhance supply security through the diversification of supply routes confirms our arguments and I expect the project’s speedy continuation through a binding distribution of capacities and the making of an investment decision,” he said.

The opinion, he added, is an indicator that the project is in line with Serbian energy law and European energy directives.

However, as it was issued in early February, the ECC noted the positive outlook is conditional. Stressing concern over competition on the Serbian market, the opinion calls for the project to respect the EU’s third energy package and its requirements for third party access and so on. This is being amended to apply to offshore pipelines such as Nord Stream 2, the other prong of Gazprom’s strategy to avoid Ukraine.

Serbia has requested an exemption to the regulations, which would enforce a third-party access regime, implying virtual reverse flow and other ways of undermining Gazprom’s dominance. However, the Energy Community insists on access at five specific points in order to prevent Srbijagas and Gazprom - the state companies behind project company Gastrans - monopolising distribution in the country.

Gastrans is in the process of obtaining permits from the relevant authorities to start work on the project, 51% owner Gazprom said February 20.

“Gazprom and Srbijagas will have to allow competition in the gas market in Serbia: that was the condition for the Energy Community to approve the Gastrans pipeline construction in Serbia, which would connect it to TurkStream,” Janez Kopac, director of the Energy Community Secretariat, said in an interview with Radio Free Europe.

In theory, Serbia could ignore the recommendations, but that would likely disturb Belgrade’s bid to join the EU and even incur sanctions. On top of that, it would also probably block the routing of the gas to Hungary. The Serbian energy agency is due to respond to the ECC’s demands by April.

Like Antic, Srbijagas CEO Dusan Bajatovic remains bullish. He insisted in an interview with the Politika daily that project will be realised, because “no other alternatives are being offered” and the economic interests will outweigh the political ones.

“Life and geostrategic needs will enable the realisation of this project,” Bajatovic said. “Turkstream consists of pipes stretching under the Black Sea and the transportation capacities of the interested countries, which will be built according to the rules of the European Union member countries that depend on gas from that direction,” added Bajatovic.

However, it is not quite that simple. Like its cousin Nord Stream 2, Turkstream will depend on geopolitical interests.

“At this moment it is difficult to expect that the construction of the Turkstream pipeline in Serbia will start, because that is not in US interests,” the president of the Gas Association of Serbia Vojislav Vuletic told NGW. “On the other hand, no one but the Russians is likely to be able to meet Europe’s gas needs in the next ten years.”

Serbia certainly hopes that TurkStream will avoid the fate of South Stream, the Russian mega project under the Black Sea that was scrapped owing to EU resistance in 2014.

It was Bulgaria’s failure to properly tender for the linepipe for the onshore section that scuppered the project, giving the European Commission uncontroversial procedural grounds for blocking the project. Belgrade is now waiting with trepidation for news from across the border, where Bulgartransgaz has suspended a tender for the construction of link to the Serbian border, after a local company lodged a complaint.

Last month the CEO of Gazprom Alexei Miller met Bajatovic in Belgrade and they signed an agreement to expand the capacity of the storage facillity Banatski Dvor in the presence of the two countries' presidents, Vladimir Putin and Aleksandar Vucic, who said his country would not refuse Russian gas, and it cannot and will not overpay for LNG. Russian investment in Serbia has reached $4bn as of now, Putin said January 15, while blateral trade stood at $2bn last year.

During the presidential visit, Vucic was – unusually for a non-Russian – honoured with the Russian Order of Alexander Nevsky for services to co-operation with Russia. Serbia and Russia also share the Orthodox faith. Russia is keen to keep Serbia out of Nato, after another former Yugoslav state Montenegro joined in 2017, and the EU wants Serbia and other former Yugoslav territories except Kosovo to become members, following the examples of Croatia and Slovenia.

According to preliminary data, between January 1 and February 19 this year, Russian gas supplies rose 8.8% compared with the same period of 2018.