The Covid-19 crisis does not appear to have stopped worldwide interest in clean hydrogen. On the contrary, the enthusiasm for hydrogen as climate solution seems to be only growing. But there still is fierce disagreement around what constitutes clean hydrogen and what role natural gas could play. In Europe the hydrogen debate is tied up with a discussion over the future of natural gas infrastructure.

On 8 May, at the height of the Covid-19 crisis, lobby group Hydrogen Europe issued an emergency call to European policymakers: help us or we will “face a considerable downturn risk”, it said.

In a special report, Post-Covid-19 and the Hydrogen Sector, Hydrogen Europe’s Secretary-General Jorgo Chatzimarkakis wrote that as a result of the crisis €15bn of investments in hydrogen currently planned in Europe “may be in jeopardy”. Over the longer term, it said, “we estimate that there are currently almost 70 projects at varied stage of development that would be at risk if no action is taken.”

According to Chatzimarkakis, the Covid-19 crisis presented a double threat to the hydrogen market. First, because of the collapse in oil and gas prices, the competitiveness of clean hydrogen projects is threatened. Second, governments may decide to cut back their support for projects. “70% of the world’s clean energy investments are still government-driven,” he noted.

The report estimated that “the total financial support needed to preserve the workplaces in the hydrogen sector is around €450mn.”

However, Chatzimarkakis probably need not worry too much. EU policymakers as well as many national governments have expressed solid support for clean hydrogen going forward, in spite of – or perhaps because of – the Covid crisis. 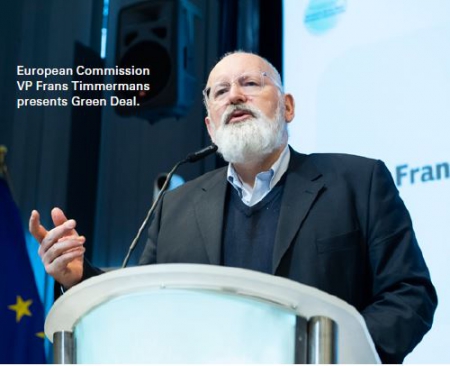 It is already clear that the European Commission’s proposed €750bn recovery plan – which has yet to be approved – will have “green strings” attached to it, with 25% of all funding set aside for climate action.

Several high EU officials have emphasized that these “strings” are certain to include hydrogen. For example, EU industry chief Thierry Breton held an online talk with hydrogen companies in May in which he indicated firm support for hydrogen, reports Reuters.

According to the same report, Diederik Samsom, who heads the European Commission’s climate cabinet, said that “we could use these circumstances, where loads of public money are going to be needed into the energy system, to jump forward towards a hydrogen economy.” This “could result in hydrogen use scaling up faster than was expected before the pandemic”, he added.

The European Commission’s First Vice-President in charge of climate, Frans Timmermans, went as far as writing an opinion piece together with IEA’s Executive Director Fatih Birol, on 22 May, pleading for a “green recovery”, including investments in “hydrogen buses and trams” and in “hydrogen electrolysers”.

Earlier in May, EU’s energy chief Kadri Simson joined in the chorus, saying that ”hydrogen will be a “central element” in the Energy System Integration Strategy that the European Commission will present in June, according to Euractiv.

Energy system integration will require a more flexible power system, including storage and digitalisation, the commissioner said. “And low-carbon fuels like hydrogen could provide an essential piece of the puzzle when trying to link the dots…. This has the potential to be a game changer. It could act as an enabler, especially for the hard-to-decarbonise sectors like heavy industry and transport”.

National governments also seem committed to push the hydrogen forward. As Reuters notes, over the past year, several countries, including Germany, the UK, Australia and Japan, “have announced or have been working on hydrogen strategies and the pace has picked up over the past month during the pandemic.”

In May,  Australia earmarked AU$300mn (US$191mn) “to jumpstart hydrogen projects. Portugal plans to build a new solar-powered hydrogen plant which will produce hydrogen by electrolysis by 2023. The Netherlands unveiled a hydrogen strategy in late March, outlining plans for 500 MW of green electrolyser capacity by 2025.”

The private sector likewise has given no indication yet that it has lost faith in hydrogen. In May, technical consultancy DNV GL presented the results of a survey among senior oil and gas professionals, held in December, which showed that “one in five (21%) senior professionals reveal that their organization is already actively entering the hydrogen market, and more than half (52%) expect the gas to form a significant part of the energy mix within a decade.”

In addition, “twice as many said their organization intends to invest in hydrogen in 2020 (42%) as in 2019 (20%). Investment priorities may have changed for 2020, but this shows a clear trend towards hydrogen.”

At the end of May, a group of the largest European electricity producers chimed in, issuing a joint call “urging the European Commission to prioritise renewable hydrogen in its upcoming pandemic recovery plan”, reported Euractiv. “Hydrogen produced via electrolysis powered by 100% renewable electricity has zero greenhouse gas emissions” and should be Europe’s top priority when supporting a clean hydrogen supply chain, the alliance said in a letter to the Commission. 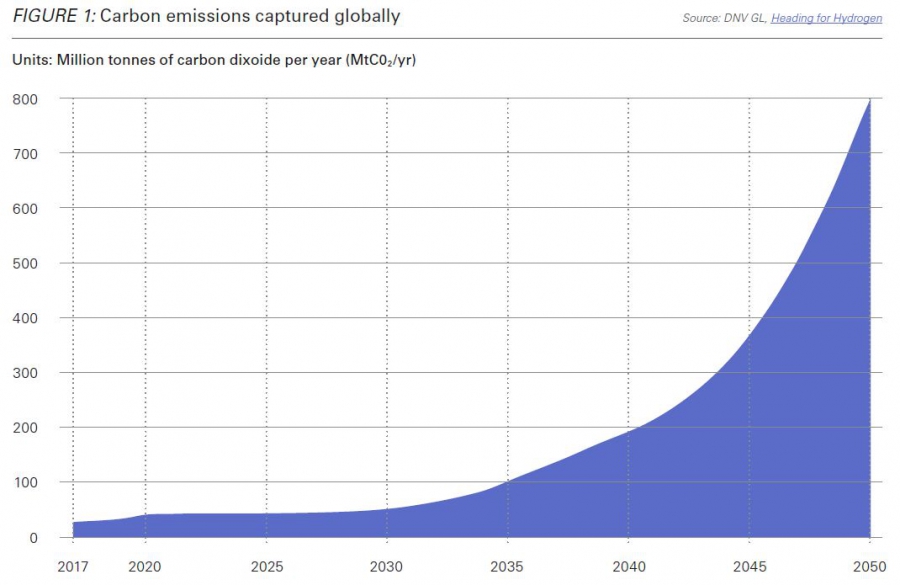 If continued broad commitment to the hydrogen economy is evident, what is less clear is what that economy will look like. In particular, the question is what the role will be of hydrogen made from natural gas and coal, in combination with CCS (“blue” hydrogen).

The electricity companies that are behind the “choose renewable hydrogen” campaign do not mention a role for blue hydrogen. Environmental groups are more explicit: they oppose any role for fossil fuels in the future hydrogen system. This is the case in Europe, where  a group of green NGOs have called on the European Commission to focus the EU’s Clean Hydrogen Alliance exclusively on “green” hydrogen, made from renewables, but it also true in Australia.

The Australian government passed legislation in May designed to kickstart the production of hydrogen from brown coal, which led to strong protest from environmental groups in Australia.

The Offshore Petroleum and Greenhouse Gas Storage (OPGGS) Amendment Bills include measures that remove regulatory barriers to a new carbon capture and storage project in Victoria,” writes Michael Mazengarb on the website RenewEconomy. This CarbonNet CCS projects forms part of the federal government’s Hydrogen Energy Supply Chain Project, which, according to Mazengarb, “has attracted an astronomical amount of funding for a pilot plant that will export a negligible amount of brown hydrogen to Japan.”

He notes that the project in the Latrobe Valley will see AU$496mn (US$320mn) in funding, “including AU$100mn in taxpayer funds”. According to Mazengarb, the government’s plans “undermine efforts to establish a green hydrogen industry in Australia.”

Yet most observers and policymakers appear inclined not to write off blue hydrogen for the time being. Like in Australia, governments of EU countries such as Norway, the Netherlands Portugal and the UK support CCS. The German government is still divided over the issue: it has been mulling over a German hydrogen strategy for many months, but without results so far. 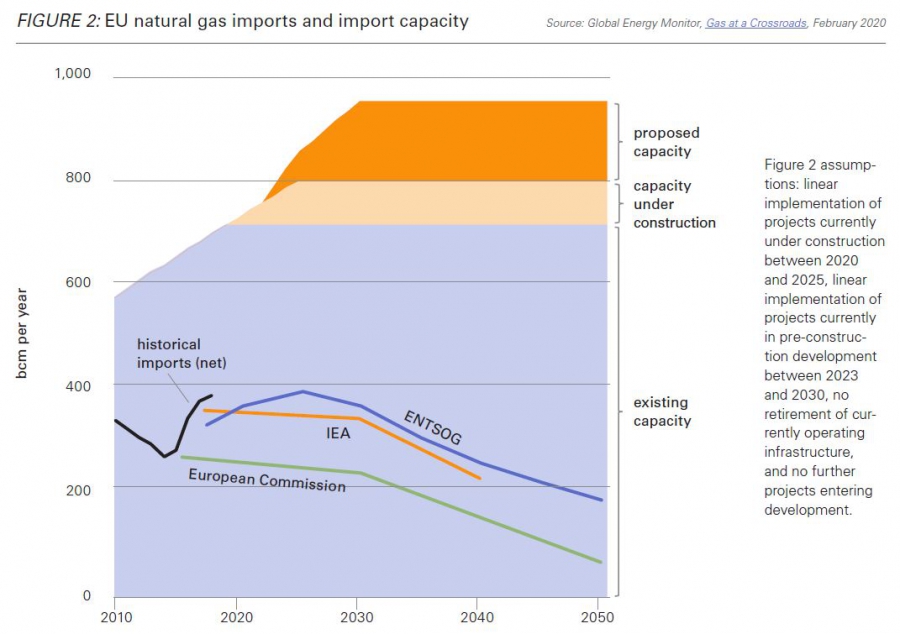 For DNV GL, in its recent report, there is no question that “the future of hydrogen energy is wrapped up with the future of natural gas, renewable energy, and carbon capture and storage (CCS).”

According to DNV GL’s Energy Transition Outlook 2019, natural gas will become the world’s largest energy source in the mid-2020s, accounting for nearly 30% of the global energy supply in 2050. “Natural gas and hydrogen can play similar roles within the global energy system, and the synergies between them – in application and infrastructure – will drive the hydrogen economy,” says the report.

DNV GL notes that according to most oil and gas professionals, “CCS is crucial to decarbonization. More than half of those we surveyed (55%) said that the oil and gas industry cannot decarbonize without greater uptake of CCS. A similar proportion (56%) believe that there will be a significant increase in CCS investments over the next five years as companies across the oil and gas value chain focus on contributing to national and international climate goals.”

Although progress on CCS has been slow, according to Ernst Axelsen, managing director of Technology Centre Mongstad, the world's largest facility for testing and improving carbon capture technologies, interest appears to be growing: “The interest we are seeing is changing, with many organizations now eager to use CCS. There has always been interest, but now organizations are looking deeper into the technology and the business models, moving from more principles-focused discussions to talking about practical solutions and implementation.” 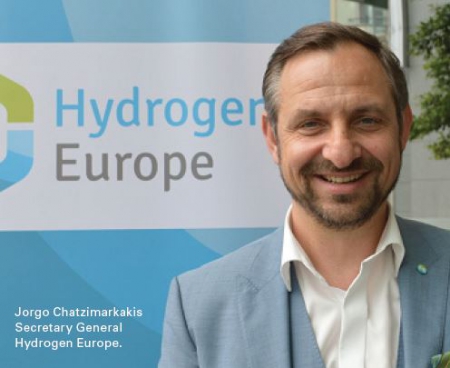 At EU level, signals have been more mixed. EU officials have repeatedly said that in the longer term, there will be no room for “unabated” natural gas, but they have not expressed outright opposition to CCS.

What complicates matters is that the discussion around blue and green hydrogen is tied up with the debate that is raging on the role of natural gas itself.

This is far from a theoretical issue. Green think tank Global Energy Monitor (formerly CoalSwamp) published a revealing report in February, Gas at a Crossroads, which found that at this very moment “€117bn in new EU gas projects is in development, including €52bn for gas pipelines, €12bn for LNG import terminals, and €53bn for gas-fired power stations. “

Global Energy Monitor is opposed to these investments. It notes that “building all the gas infrastructure currently in preconstruction or construction would add more than 30% to the EU’s current gas import capacity of 707 bcm per year. The EU already has large excess gas infrastructure. The EU gas import capacity is nearly twice as high as EU gas consumption. EU gas-fired power plants also generate only about one-third the electricity that they could.”

If the EU sharply decreases its fossil gas consumption, says Global Energy Monitor, “as is envisioned by all credible scenarios for achieving net-zero emissions – then much of the additional capacity to import gas into the EU will not be needed, and many of the pipelines and LNG terminals now under development will become stranded assets.”

For Brussels, the major question is whether it should continue to financially support gas infrastructure projects, which it is set do under the so-called 4th PCI List (Projects of Common Infrastructure).

The EU-supported European Investment Bank decided in November to scrap financial support for fossil fuels from 2021, in a move aimed at transforming the EU lender into a “climate bank”.

But the EU itself is divided. Recently, a group of eight EU member states issued a paper in which they come out in support for investment in natural gas infrastructure, reports Euractiv.

The group of eight – Bulgaria, Czech Republic, Greece, Hungary, Lithuania, Poland, Romania, and Slovakia – calls for “combined electricity-gas solutions” in the transition to net-zero emissions by 2050. “A transition based solely on renewable energy sources does not consider the need for a diversified energy mix in the EU,” they write in their paper, titled “The role of natural gas in a climate-neutral Europe”.

Euractiv notes that “Eastern Europe’s backing for natural gas may sound surprising at first coming from a group of countries which have long been apprehensive of Russia’s dominance on EU gas markets.” However, it adds, “gas markets have become much more liquid over the past decade, with more pipelines and trading hubs causing prices to fall and gas to flow more quickly where it’s needed, in large part thanks to EU funding.”

Frans Timmermans, the highest EU-official in charge of climate, said during a press briefing on 28 May that “we try to steer away as much as possible from fossil fuel projects,” but added that “the use of natural gas will probably be necessary to shift from coal to sustainable energy. I think this is a caveat I have to add,” he admitted.