The government of the Australian state of New South Wales (NSW) on July 21 announced it was significantly reducing the land available for gas exploration. The government in its Future of Gas Statement, which outlines a blueprint for the state's gas industry, said it was scaling back the area where gas exploration and production would be permitted in NSW, “to provide certainty to local communities and regional industry.” 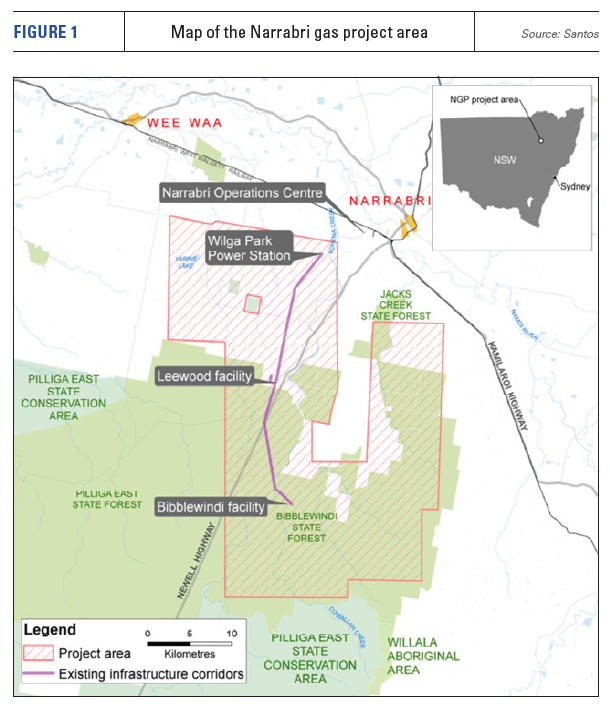 “This Future of Gas Statement outlines the NSW government’s balanced approach to securing gas supplies and working with industries to generate regional jobs and prosperity,” NSW deputy premier and minister for resources John Barilaro said. “This means backing the Narrabri gas project and investments in LNG import terminals, pipelines and gas-fired power generation, as well as continuing investigation of the Narrabri Special Activation Precinct to drive growth in the manufacturing sector.”

The government said it would also not release further areas for gas exploration in parts of Far West NSW near Wilcannia and Broken Hill that were recently assessed under the Strategic Release Framework.

The government believes that supply security will be achieved through the Narrabri project, and interstate imports, supplemented by LNG imports from overseas. This will ensure gas supply can be flexibly scaled to respond to demand, it said.

The industry has strongly criticised the new plan, warning it will adversely impact the price of gas, jobs and businesses. Australia’s peak oil and gas body Appea said the decision effectively locked up most of NSW from gas development and was “a body blow for local consumers, thousands of jobs, the environment and businesses.”

“It is pretty simple; the cheapest gas is the gas closest to market. This shortsighted decision will mean higher gas prices in NSW are the norm not the exception,” Wells said. “For the NSW government to effectively ban a proven, safe and highly regulated industry doesn’t make sense.”

“The failure of NSW to respond to increasing gas demand and develop its gas reserves will have unfortunate consequences, in the form of lost jobs, higher energy prices, and foregone economic opportunity. Manufacturing jobs will go to other states and territories or overseas,” he added.

Wells said that NSW would continue to have to import its gas from interstate for the foreseeable future. “The ACCC has documented that currently transporting natural gas from Queensland down to southern customers already adds an extra A$2-4 in costs – representing a 20-40% increase in the wholesale gas price. In the short-term at least, that will continue for NSW consumers and businesses,” he said.

Santos also said it was disappointed that the NSW government was ending further exploration with no regard to the investment that has already been made. The move means that NSW customers will still have limited access to new gas supply sources, consigning the state’s businesses and manufacturers to reliance on higher-priced gas imports from other states or overseas, the company added.

“The only way to address gas shortfalls and price spikes at times of high demand is by developing local gas resources close to market instead of relying on imports from other states or overseas,” Santos CEO Kevin Gallagher said. “With pipelines often full during periods of peak demand, there is no physical pathway to get more gas from Queensland into NSW and so the need for projects like Narrabri has never been more important for NSW.”

“The Narrabri gas project was approved almost a year ago, but we are still waiting for the outcome of an appeal against the approval,” he added.

The Narrabri project secured state government approval in June last year and a greenlight from the federal government in November. It has been mired in controversy, though, as many activists say it poses a risk to the local environment. Santos has always denied these claims.

Australian prime minister Scott Morrison in September last year said that gas would help re-establish a strong economy as part of his government’s JobMaker plan, making energy affordable for families and businesses and supporting jobs as part of Australia’s recovery from the COVID-19 recession.

In NSW, the federal government plans to spend A$600mn ($468mn) on building a new gas-fired power plant in the Hunter Valley. “This important project delivers on the government’s 1,000 MW target set last September, which was created to avoid unacceptable price increases following the closure of the Liddell power station in 2023,” the Australian government said earlier this year. 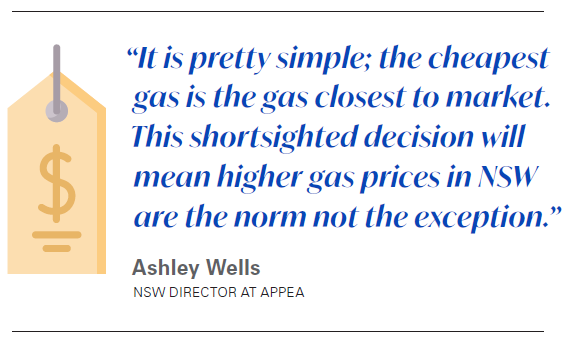 In the 2021-22 budget, the government committed up to A$600mn for Snowy Hydro to construct a 660-MW open cycle gas turbine at Kurri Kurri in the Hunter Valley. This project, together with EnergyAustralia’s 316-MW Tallawarra B open cycle gas plant, will help shore up the security, reliability and affordability of electricity for consumers in NSW, the federal government said. The project will start generating in time for summer 2023-24 when AGL's coal-fired Liddell power plant closes.

Through the 2021-22 budget, the federal government is also providing up to A$30mn to support early works on Australian Industrial Power’s (AIP) Port Kembla power station project as it progresses to a final investment decision (FID).

Wells said that as the federal government invests in gas as part of its economy recovery, “this decision by NSW is a shot across the bow that they aren't interested in rebuilding [Australia’s] economy better, and stronger.”

The NSW government believes that supporting domestic users of gas will require further investments in gas related infrastructure, including import terminals, pipelines, storage, and hydrogen and biogas facilities. It  supports the development of LNG import terminals at Port Kembla and Newcastle.

The Port Kembla import terminal has received planning approval and is expected to be commissioned by early 2023, subject to an FID. The Newcastle LNG import terminal, is in the early stages of its planning assessment and has been declared as critical state significant infrastructure.

The launch of the 2mn metric ton/year Port Kembla LNG terminal before the winter of 2023 will stave off a gas supply shortfall in east Australia until 2026, the Australian Energy Market Operator (AEMO) said in March this year, after previously predicting shortages would emerge in 2024.

The A$250mn Port Kembla terminal should provide up to 500 TJ/d of gas supply. Its developer Australian Industrial Energy is expected to take an FID on the venture this year.

If Port Kembla and other planned supply projects falter, east Australia could be contending with a shortfall of up to 100 TJ/d in the winter of 2023 if weather conditions are extreme, AEMO warned. But if all committed and anticipated plans are realised, there will be enough supply to last until at least 2029, the operator said. Additional investments will be needed to avoid the supply gap widening over the 2030s.

Zeng said that the NSW exploration freeze was immaterial to the overall gas supply situation in east Australia.

“Had the government chosen to take a policy of encouraging exploration, the lead times from exploration success to appraisal to first gas would have suggested at least 5-10 years of waiting before any "new NSW" gas could have been developed locally in any instance,” Zeng said. “Five is a very optimistic number too, and any exploration success takes at least a decade to transform into a production facility. NSW will continue to remain an importer of gas.”

Zeng said that LNG imports in east Australia irrespective of volume would largely be a price-driven dynamic, and it was unlikely that any import terminal would ever reach high levels of capacity utilisation. LNG imports will naturally be more expensive to resell as pipeline gas into the domestic market, compared to existing supply.

“The only market situation where this differs is if there is a dramatic oversupply of short-term LNG cargoes, depressing spot LNG prices significantly below domestic prices in Australia for long enough to justify a high utilisation of an FSRU,” he said.

Zeng expects that most FSRU-based import terminals will structure their business models to benefit from re-selling LNG as pipeline gas during high-priced winter demand scenarios where prices justify waiting to bring in a tanker of LNG owing to higher demand for short periods of time.

These projects will also have the ability to market themselves to users who are gas aggregators, and by offering a capacity-based service, where a tolling fee is paid by the aggregator in order to access the option to import their own LNG as needed, Zeng said.