Recently renewable energy investment specialists Gerard Reid and Laurent Segalen interviewed Canadian hydrogen expert Paul Martin in their podcast series Redefining Energy. In this interview, Martin, a chemical process development consultant who works for Zeton, a Canadian builder of pilot plants for the chemical and oil industry, takes a critical view of the potential of hydrogen for the energy transition. According to Martin, it will be extremely challenging merely to find clean alternatives for existing hydrogen production, let alone expanding production of “green” hydrogen for other uses. (Text based on the podcast interview, reproduced with permission. Martin’s comments are his own; Zeton neither endorses his views nor has any opinions on these matters. Editor.)

Gerard Reid (GR): Welcome, Paul Martin, hydrogen specialist. Reading up on you, I realised you really know what you are talking about when it comes to hydrogen. You are an engineer, an environmentalist, and you have actual experience in how to scale up hydrogen and other technologies. 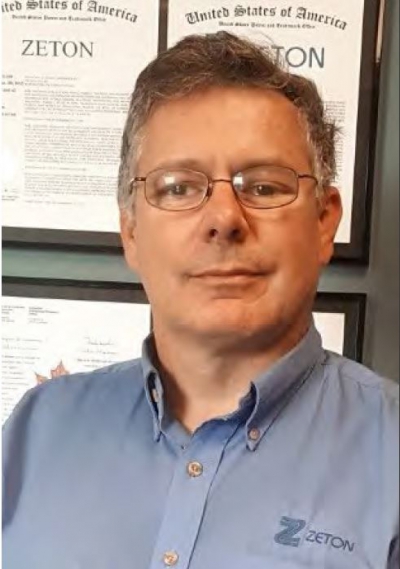 Paul Martin (PM): “Yes, I have been around hydrogen my whole career. It’s an old friend. I understand how important and essential hydrogen is, but I am also realistic about what is possible with it.”

GR: You have said the promise of hydrogen is broken. What do you mean? And can it be fixed?

PM: “I really hope that we can and I believe it is essential that we do. But we are talking here first of all about cleaning up existing production of hydrogen. Most people don’t realise that hydrogen is essential for global food production. Hydrogen is combined with nitrogen to produce ammonia via the Haber-Bosch process. Ammonia is the basis of fertiliser. Without fertiliser we wouldn’t be able to feed half of the world. The problem is that almost all of the hydrogen produced in the world is made from natural gas, without carbon capture. This is responsible for 2% of global fossil fuel-related CO2 emissions, and that’s just its direct emissions. It is essential therefore that we find a way to produce this hydrogen renewably before we can talk about other things we could do with hydrogen, such as using it for heating or transport.”

GR: I recently visited a power-to-gas plant in Minnesota where they are doing research on converting wind energy into ammonia. I went away excited about the possibilities. The scientists working on this see innovations coming that will make it possible to produce fertilizer cost-effectively in this way ten years from now. Do you believe this is possible?

PM: “I am hopeful about power-to-gas to make ammonia, yes, but not as a way to make electricity. That is just too wasteful. What also drives me crazy is that people are talking about trying to solve the problem of transporting hydrogen by turning it into ammonia and then at the other end of the pipe decomposing it into hydrogen and nitrogen again. That is not efficient and never will be. It’s desperation. If you look at commercial hydrogen production, every major hydrogen user is parked right across the fence from a hydrogen production plant, whether it’s their own or someone else’s. Hydrogen has really low density, so it’s really difficult to move. You can’t fix that. You can’t densify it. Even as a liquid it’s only a quarter as energy dense as liquid methane. It’s just very energy-inefficient to move around.”

GR: Is efficiency really the major criterion? The internal combustion is also highly inefficient. Yet we use it anyway because it’s low cost. Shouldn’t we focus on cost rather than efficiency?

PM: “Yes, we have to talk about cost. Many people argue solar and wind will be incredibly cheap and we will have surplus renewable energy that will be wasted if we don’t use it. So why not use it to make hydrogen? But the assumption here is that there is nothing else you can do with the electricity. That’s not true. You can also use the electricity in other ways. In batteries for example. The costs of driving a Toyota Mirai, which runs on hydrogen, are $75 per tank full, around 300 miles.  A Tesla Model 3 battery electric car costs $14 for the same distance. And its purchase price is $10,000 cheaper. The point is you have an alternative to hydrogen in transport, namely electric batteries. Hydrogen for cars and light trucks is an absolute dead end.”

GR: What about hydrogen in shipping, aviation or long-distance trucking?

PM: “It’s a possibility, but not probable or likely. There is a competitor here too: biofuels. For long-distance flights you could use liquid hydrogen, which is light, but it’s also voluminous. I think it’s extremely unlikely that hydrogen will come to be used here. For long-distance trucking, the economics are complex. A lot of the cost is in maintenance. The question is, can you make a fuel cell truck that’s cheap enough compared to a diesel truck that runs on biofuels. A hydrogen truck does have the advantage that it has no tailpipe emissions.”

GR: What about power generation with hydrogen? In Europe there is a strong belief that we can take excess renewable energy to produce hydrogen, which will become the glue of the energy system. The German government is expected to come up with a hydrogen strategy soon.

PM: “Again, the idea is that solar and wind power is in surplus, and there is nothing else that you can do with it. When you run the math on electrolysis based on renewables, the intermittency kills it. The electrolysers are an order of magnitude too expensive. You need to reduce costs by a factor of more than ten. It’s hard to imagine that could be possible.”

GR: The cost of lithium-ion batteries has been reduced by a factor of ten by innovation and by scaling up their production, which was possible because there was a high-end mass market for them, namely mobile phones. Shouldn’t for example the German government kick off power-to-gas to ensure that it can be scaled up?

PM: “I agree that when you scale up, you can get a steep learning curve. But with lithium-ion batteries there was a market, as you say – mobile devices. That made it possible to tolerate a much higher cost for lithium-ion batteries, which got us over the bump. But whether you can do the same with government subsidies? Power-to-gas is an attempt to get rid of the expensive part of the hydrogen equation, namely the storage part. For intermittent sources of energy, the challenge as you know is storage. But hydrogen is hard to store. It occupies a lot of space, it does not have very much mass, nor a lot of energy. You can solve that problem by putting hydrogen in the natural gas grid, but you can only do that up to 10% or so before you get into problems. Incidentally, replacing 10% of natural gas with hydrogen does not translate into 10% lower emissions, as is sometimes claimed. Natural gas has a factor of five higher energy content than hydrogen per unit volume. So 10% replacement of natural gas with hydrogen only leads to 2% lower emissions. So is producing hydrogen with renewable power better than just wasting the power? Yes. But can you make any money out of it? How are you going to go down the cost curve? When I see the tiny projects in electrolysis in the world. There is one of 6 MW in Australia which said it was the biggest in the world….”

GR: So the hydrogen economy is not going to happen?

PM: “I see hydrogen as one of many partial tools for helping us to make the transition. Right now the biggest challenge is in the 96% of hydrogen that is made today from fossil fuels with no carbon capture. We need to solve that problem first. In the end the only way forward I can see is through big, big carbon taxes.”

All comments by Paul Martin are his own, separate from that of his employer Zeton Inc., which has no opinion in these matters.