“At ENGIE we believe hydrogen is the next big thing in energy. It will change the paradigm we see in energy today.” In an interview with Gas Transitions, Alberto Litta Modignani, Executive Vice-President and Head of Technology & Design at the Hydrogen Business Unit of ENGIE, explains why his company views hydrogen as one of the pillars of its strategy – and how ENGIE is going about developing its hydrogen activities. “We are ahead of the pack. We are organised for it. We have the resources and the commitment of the group management.” 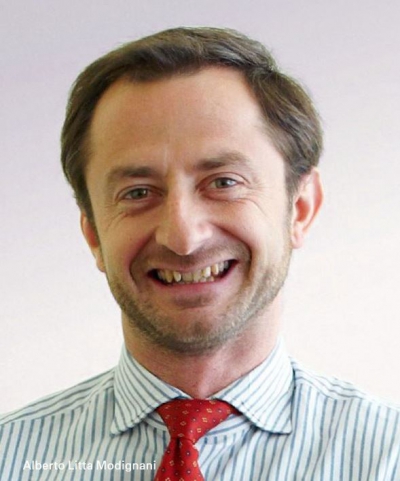 When Alberto Litta Modignani was asked two years ago by Michèle Azalbert to become Head of Technology & Design of ENGIE’s new Hydrogen Business Unit, of which Michèle is CEO, he did not have to think three seconds. “There was a group of competent and inspiring people there with the mission of developing, constructing and operating renewable hydrogen projects. I was completely convinced by the seriousness and resources the Group was putting into it.”

Alberto, a nuclear engineer by background, has been with ENGIE since the early 2000’s and has worked in nuclear power generation, gas- and coal-fired power and renewable generation, mostly for ENGIE’s engineering subsidiary Tractebel. He has no doubt that hydrogen is the future for the energy transition. “We have looked at this since 2017 inside the company. We concluded that developing industrial-scale renewable-based hydrogen projects  was so appealing and so concrete that it was decided at the highest level to make this one of the pillars of the company’s energy transition strategy.”

ENGIE’s Hydrogen Business Unit comprises more than 70 people and is working on projects across the world – in Europe, Latin America, South Africa, Australia, and South East Asia. (See box).  Why does the company believe so strongly in renewable hydrogen? “There is something unavoidable about it,” says Alberto. “If you look at the challenges of the global energy sector – the need for decarbonisation, the fact that you cannot address all needs with electrification, the intermittency problem of renewables, and the flexibility of gas – then you see that hydrogen is the perfect energy vector. The missing link.”

This is particularly the case in energy-intensive industry and heavy transport. “If you look in detail at a number of industrial processes – and these are heavy greenhouse gas emitters – then you see that some of them cannot be electrified. Some processes, such as production of ammonia and methanol, already use large amounts of hydrogen. Currently one kg of hydrogen production from steam methane reforming produces 9-10 kg of CO2. If you want to decarbonise this process, you have to switch to CO2-free hydrogen. If you are serious about decarbonisation, you have to be serious about renewable hydrogen.” 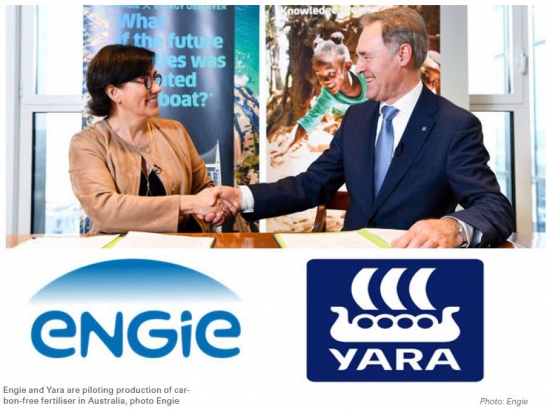 One of the beauties of hydrogen, notes Alberto, is its flexibility. “It can be used as transport fuel, as chemical feedstock, in power generation, in heating, as storage medium. Of course storage can be provided by batteries, but they are more expensive, and require more space and raw materials in most cases. Even so, for us it’s not about hydrogen against other technologies. We need the entire portfolio of available solutions.”

ENGIE does not develop hydrogen projects on its own. The company collaborates with large off-takers, such as mining companies and ammonia producers, and technology and service suppliers. “This is not something anyone can do on its own. The large scale market for renewable hydrogen will be developed  thanks to the active collaboration, and co-creation, among players from across the value chain.”

ENGIE’s hydrogen strategy, says Alberto, is based on three pillars. “First, we look for places where there are abundant renewable resources. Second, we try to find large off-takers seeking decarbonisation solutions to be our clients and partners. Third, we look to where the regulatory system is favourable to renewable hydrogen.”

Alberto does not doubt that there are enough renewable resources to produce the amounts of hydrogen the world will need, for instance in places like Chile, Australia, and South Africa, which have huge solar resources. “We believe that location will be one of the key success factors for renewable hydrogen. This is why we think that a global trading market will eventually develop in renewable hydrogen.”

Presently, ENGIE does not develop “blue” hydrogen projects based on natural gas with carbon capture and storage (CCS).  “We do not exclude that blue hydrogen will be needed as a bridge. But it’s not something we concentrate on as company. Our mission and strategy is to develop renewable hydrogen. We believe that this will be cheaper in the end and more flexible. Blue hydrogen works only in places where there is CO2 storage capacity.”

Finding large off-takers has not been a problem so far, says Alberto. “We are working with a number of large industrial companies, the likes of Yara, the fertilizer company, mining giant Anglo American and Chilean ammonium nitrate manufacturer Enaex. They are deeply committed to decarbonisation and making hydrogen part of the solution for their business. We consider them first movers.”

As to what is a favourable regulatory system, Alberto says “we are looking for countries that have a long-term hydrogen strategy and are prepared to commit significant resources to this industry. Think of countries like Germany, Portugal, Chile, Australia, the Netherlands, France and the EU as a whole.”

There are any number of technological challenges that still need to be overcome to make the hydrogen revolution happen, notes Alberto. “In South Africa we are doing a project in a platinum mine where we retrofit the diesel-powered trucks to run on hydrogen. These are very large trucks, one can equal to about eight heavy-duty EV trucks on highway. They will be running on hydrogen fuel cell This is new application and dispensing hydrogen in refuelling stations for mining is something that still requires development in terms of operational performance and safety.”

Another example: “We are developing solutions to replace the hydrogen used at a Yara ammonia production facility in Australia with locally produced solar power-based hydrogen. To integrate this into the existing process is far from simple. You have to design the interface between the hydrogen facility and the ammonia facility so that there is a more or less constant supply of hydrogen. This is a process engineering challenge. We are doing this bit by bit.”

But by far the most important challenge, says Alberto, is not technological, but economic. “If we want hydrogen to be a game-changer, we need to think about scale. We have to get to gigawatts of capacity to trigger an industrial virtuous cycle, to get the kind of economies of scale that we have seen in solar PV. That’s what needs to happen to bring costs down.”

After working on hydrogen for two years, Alberto says he feels “we are close to the trigger point. Hydrogen is around the corner. The readiness is there, with our clients, with governments around the world. We start to see costs dropping, although not as fast as we would like. But it’s going in the right direction. The best is yet to come.”

In a few decades from now, Alberto is convinced that hydrogen will be “huge, really huge. It will change the paradigm we have in energy today. It’s unavoidable.”

The role of CCS in reducing emissions remains unclear [GasTransitions]