The EU’s Hydrogen Strategy is part of the EU Green Deal which is an overall plan to achieve climate neutrality in the European Union by 2050. As the two OIES researchers note, it is complementary to the Energy System Integration Strategy presented on the same day, and to the EU Industrial Strategy published in March this year. The Hydrogen Strategy, if implemented, has far-reaching implications for the European gas market. 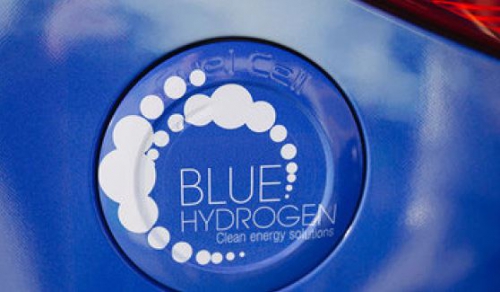 One of the objectives of the Strategy was to set criteria for the definition of various types of hydrogen. It distinguishes five types:

For the gas industry, the most important distinction is between renewable hydrogen (or “green” hydrogen, as it’s commonly called, based on electrolysis of renewable power) and low-carbon hydrogen, which includes “blue” hydrogen (based on natural gas with carbon capture and storage).

The bad news for the natural gas sector is that the Strategy evinces a clear preference for green hydrogen, write the OIES researchers: “… renewable hydrogen is…a teacher’s pet”, whereas blue hydrogen is the “underdog”.

This is evidenced by the investment levels projected for green and blue hydrogen in the Strategy:

“The Strategy’s preference for renewable hydrogen is very clear as it only expects €3-18 billion investment in low carbon hydrogen between now and 2050, compared to expected total investment in renewable hydrogen production capacity of €180-470 billion. By 2030, the Strategy expects €24- 42 billion to be invested in electrolysers, plus a further €220 – 340 billion for 80 – 120 GW of renewable generation to supply the electrolysers, and €65 billion for hydrogen transport, distribution and storage, and hydrogen refuelling stations for vehicles.”

This “shows a very limited commitment on part of the EU to low carbon hydrogen,” Yafimava and Barnes point out: whereas the EU expects investment of up to €382 billion in the next 10 years for renewable hydrogen (electrolysers plus renewable generation), it anticipates only €18 billion by 2050 in low carbon hydrogen.”

The problem with the Strategy’s preference for green hydrogen, according to the two researchers, is that realistically the role of green hydrogen in replacing natural gas will still be quite limited by 2030:

“The EU expects renewable hydrogen to become cost competitive only gradually between 2024 and 2030, and the volumes to remain small by 2030 at 10 Mt per year, or about 334 TWh (about 32 bcm of natural gas). However, this assumes a very high load factor of 95% for the 40 GW of electrolysers. A more realistic lower load factor of about 45% would equate to only about 160 TWh (15 bcm of natural gas) compared to expected annual natural gas demand of 400 bcm.”

The Strategy is not all bad news for the gas sector, though. It does not rule out blue hydrogen. To provide public financial support for investment in hydrogen, it recommends that EU member states issue tenders for “contracts-for-difference”. These would be technology-neutral, so blue hydrogen projects could compete with green ones. The market would decide which technology would be most competitive.

This kind of technology neutrality is a positive element in the Strategy, says Barnes. But he offers a caveat: “If public authorities make it clear that they see blue hydrogen only as a transition, if it gets only a small window of opportunity, investors will hesitate to embark upon this road.”

The Strategy has other shortcomings as well, according to the authors. In particular, they argue that the proposed regulatory structure may not be appropriate for the newly to be developed hydrogen market.

The Hydrogen Strategy, they point out, seems to want to copy the current liberalised and “unbundled” gas market structure. But they note that natural gas is traded in a mature market that was only liberalised and unbundled after several decades of growth, whereas hydrogen is a “nascent market”, which may need more protection to grow:

“Whilst the ambition and vision for the Hydrogen Strategy is a very positive development, there is insufficient clarity on how a key challenge is to be overcome, namely the support for and coordination of the development of supply, demand and infrastructure. During the development of the natural gas market from the 1960s to the 1980s, this problem was addressed through vertical integration between infrastructure and supply to customers, and long-term contracts with natural gas producers. The current regulatory framework prevents such vertical integration via the requirements of ownership unbundling and the encouragement of short-term contracts, both for capacity and supply. Moreover, there was an economic case for natural gas without the need for subsidy or market intervention.” 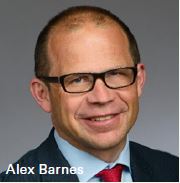 According to Yafimava and Barnes, the Hydrogen Strategy falls short of proposing structural regulatory changes, such as allowing cooperation between networks and producers/suppliers, while suspending unbundling and competition requirements:

“This suggests that at present the EC is not considering the coordination issues sufficiently – especially the possibility of a revolutionary re-bundling approach. It appears to believe that relatively minor changes to the existing acquis, provision of EU funds for selected (mostly renewable) hydrogen projects, State aid, as well as possible exemptions would be sufficient to create a large scale cross border hydrogen market in the EU, modelled in the image of gas and electricity markets. Should this belief prove unjustified, it could lead to a failure of large-scale gas decarbonisation in the EU.”

A third shortcoming of the Hydrogen Strategy, according to Yafimava and Barnes, is that it pays scant attention to the difficulty of converting the current European gas infrastructure to make it fit for hydrogen.

“The Hydrogen Strategy does not consider how to decide between keeping pipelines available for existing but diminishing natural gas demand, or repurposing for hydrogen, or how to ensure a level playing field for natural gas and hydrogen using the same network as a blended stream,” they write. “The design of market rules is time consuming, and the introduction of a new variable such as hydrogen increases the complexity and time required. The Commission does not appear to consider this when setting out its ambitious timetable.”

There is still “much work to be done,” the OIES researchers conclude, if the Hydrogen Strategy is to become a success, in particular to make the transition happen: “The transition period will be as important, or even more important than the end state, since without successful development of the markets during the former, the EU will fail to achieve the latter.”