The EU’s Hydrogen Strategy: good start, but only a start [GasTransitions]

On July 8 the European Commission presented the Energy System Integration and Hydrogen Strategies and announced that it will prepare a decarbonisation package of legislative measures by July 2021. This represents the first step towards the realisation of the European Green Deal announced last December. The Strategies recognise the challenges facing the uptake of hydrogen and the development of hydrogen markets and make a number of useful suggestions as to how these can be overcome. However, much work remains to be done, reflecting the sheer scale of the decarbonisation challenge.

The Strategies note that this will require state support and mention several programmes by which this could be achieved, including the Next Generation EU programme, European Regional Development Fund and the Just Transition Mechanism. The European Clean Hydrogen Alliance is to be responsible for identifying a pipeline of viable projects.

However, there are three broad challenges that still need to be addressed if the EU’s hydrogen ambitions are to become reality.

Whilst the Strategies mention quotas for hydrogen demand, “carbon contract for differences”, and competitive tenders, all of which are viable tools, they are vague on how these might be applied. Moreover the ‘alphabet soup” of support mechanisms risks bureaucratic overlap and confusion for investors. As the Strategies acknowledge “European industry needs clarity and investors need certainty.”

Secondly, there is ambivalence around the desirability of hydrogen produced from natural gas with carbon capture and storage, usually called “blue” hydrogen, as contrasted with “green” hydrogen based on renewable-powered electrolysis of water.

The Hydrogen Strategy introduces clarity on terminology to replace the current colour coding approach. “Green” hydrogen is called “Clean hydrogen” and has well-to-gate greenhouse gas (GHG) emissions of close to zero. “Low carbon hydrogen” includes both hydrogen from natural gas where CO2 is captured and hydrogen from electrolysis where GHG emissions are significantly reduced (but not to zero).

The Commission’s plan to introduce a “comprehensive terminology and European-wide criteria for the certification of renewable and low carbon hydrogen” is essential to ensure funding goes to projects which will genuinely contribute to reducing EU emissions.

However, the potential trade-offs are not addressed. Low carbon hydrogen technology such as auto thermal reforming of natural gas with carbon capture and storage could be deployed at scale more quickly and cheaply than electrolysis, enabling faster reduction of emissions, and hence giving more time for clean hydrogen to be developed. Criteria based on life cycle emissions alone cannot take this into account.

The Commission’s clear preference for clean hydrogen risks deterring investment in low carbon hydrogen if potential investors do not believe they will be able to earn a return. The transition framework for the move from fossil fuels to low carbon hydrogen and clean hydrogen must be spelled out without delay in order to spur needed investment. A delay of one or two years for its adoption, as the Strategies imply, increases the risk of the 2030 and 2050 targets not being achieved.

The third set of challenges is regulatory in nature. The Strategies acknowledge that the existing legislative framework does not allow the new value chain to be created by the market today. The Commission has, therefore, announced that as part of the decarbonisation package the Renewable Energy, Energy Efficiency, Alternative Fuels Infrastructure and Energy Taxation Directives as well as the State Aid guidelines and TEN-E and TEN-T Regulations will all need to be revised. The Hydrogen Strategy also considers revising the Emissions Trading Scheme, creating Guarantees of Origin for hydrogen, and the conversion of natural pipelines to transport hydrogen. Any one of these legislative measures would take time, but together they represent a major workload. However, the 2030 and 2050 deadlines do not give the EU much time. 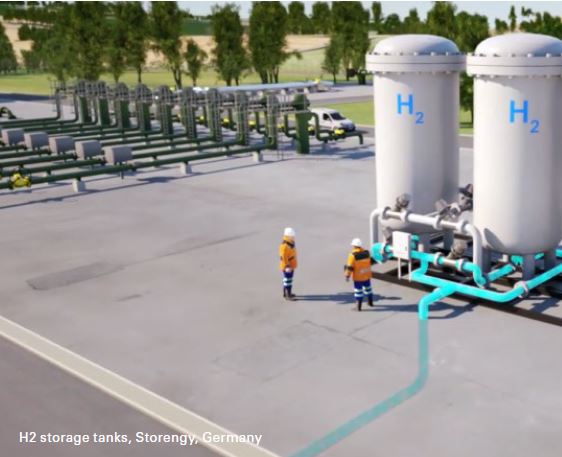 To achieve the efficient and timely decarbonisation of the gas sector the technological and network developments must go hand in hand with legal developments. Legislation must act as an enabler of new technologies and approaches. But whilst the objective of the Third Energy Package was to liberalise existing markets, the Hydrogen Strategy aims to create a brand-new market. Accordingly, the approach to legislative drafting must change if decarbonisation objectives are to be achieved.

The legislative framework must set the goals but allow national regulators to take the measures needed which are relevant for them to kick start the market at the local level. A prescriptive EU approach could hamper this, as there are significant differences between countries’ energy systems. The Third Gas Directive is highly prescriptive in how markets should be organised; this only works because the EU gas market was already well developed and relatively homogenous across the EU when it was adopted.

If regulators wait for the perfect framework to be developed, we risk missing the 2030 and 2050 targets. It should be borne in mind when drafting the new legislative framework that the current gas framework and Network Codes took more than a decade to develop and that the implementation is still ongoing.

One example of a regulatory bottleneck pertains to the question of hydrogen blending. Although the Hydrogen Strategy acknowledges that blending has its challenges (for example gas quality stability for large industrial users) it recognises that it also represents an opportunity for the build-up of renewable hydrogen supply during the transition phase, for example via injection into natural gas distribution networks. It notes that hydrogen production costs need to fall. Since small hydrogen plants offer the opportunity to do this through “learning by doing” and gas quality is regulated at the Member State level, the key to reaching the targets is for Member States to adopt more flexible and permissive laws.

Yet according to a recent ACER survey currently 65% of transmission system operators (TSOs) in the EU are not accepting hydrogen. Many national regulatory authorities (NRAs) are delaying permitting pilot hydrogen projects until hydrogen blending limits are harmonised across the EU. Some even prohibit TSOs from taking part in pilot projects because the Gas Directive does not cover hydrogen.

The European Committee for Standardisation (CEN) is currently working on a hydrogen blending standard. However, its adoption is not expected before 2024. A less centralised regulatory approach to gas quality is needed, at least in the meantime, if the 2030 and 2050 targets are to be achieved.

The challenge of hydrogen blending is a relatively small hurdle for achieving the 2030 and 2050 targets compared to that facing the future of natural gas networks as part of the decarbonisation plan. TSOs and distribution system operators (DSOs) will either have to decommission their networks, as demand for natural gas diminishes, or convert them to hydrogen. Both have significant costs: either loss of regulated revenues or new additional investment.  As the assets have long economic lifetimes (with depreciation periods which go well beyond 2050), legal certainty is essential.

The Strategies call for the revision of the guidelines for the development of priority trans-European infrastructure, the TEN-E Regulation, to enable the full integration of hydrogen infrastructure and consider the ten-year network development plans as the basis for achieving this. Projects of Common Interest (PCIs), which enable the development of priority infrastructure, receive financial and other government support. However, since the new PCI list under a revised TEN-E Regulation will only be approved in 2023 this means that new infrastructure will not be in place until after 2025 at the earliest i.e. too late for the achievement of the 2030 targets.

For this reason, a more flexible regulatory approach must be adopted to enable investments to be realised more quickly. In its Recommendations No.2/2019 ACER, the Agency for the Cooperation of Energy Regulators, last year called for a regulatory sandbox model to be adopted at the EU level in order to allow time-limited derogations for small-scale initiatives, where there is no significant risk of a material impact on the wider market.

However, as there is no hydrogen market, it is hard to see how exemptions could have a material impact. Only a handful of NRAs have so far heeded ACER’s call for a change in approach to regulation in this period where a regulatory gap exists. The Commission and ACER must press upon NRAs to adopt a more flexible approach to energy regulation.

Another important issue concerns the degree of regulation required for hydrogen networks in terms of third-party access. The Hydrogen Strategy correctly recognises that “infrastructure needs for hydrogen will ultimately depend on the pattern of hydrogen production and demand…and are linked to the different phases of the development of hydrogen production.” As the development may initially be in industrial clusters with ‘point to point’ connection between production and demand it recognises that the regulation could be more light touch in these cases, for example based on current rules for exemptions or closed distribution networks.

At the same time the Strategy states that hydrogen infrastructure should be accessible to all on a non-discriminatory basis. This assumes that the hydrogen market will be like the current EU natural gas market, and hence require the same regulatory approach, something which is a long way from being achieved. This contradiction needs to be resolved if the objectives are to be achieved. A better approach would be to use market metrics to determine the need for regulation at any point in time, until the hydrogen market is mature.

In conclusion, there is no doubt that the Strategies are important milestones on the road to decarbonisation in the EU. The recognition of the importance of low carbon hydrogen, and the complexity of the issues facing market participants are to be welcomed. However, a lot more work is required to address the trade-offs involved, and to create the conditions for a viable EU hydrogen market. Time is of the essence if the right signals are to be provided to the private sector, which requires long term legal certainty before it will invest.