In recent days there have been two all-stock merger and acquisition (M&A) deals proposed, for a combined $14bn+ [1] in the US  Permian Basin. They follow two earlier this year; and the $38bn Occidental-Anadarko megadeal back in 2019. At a time of a pandemic, when the Permian is hit by the global swing in oil supply (with Opec and Russia), it could be viewed as a strange strategy… 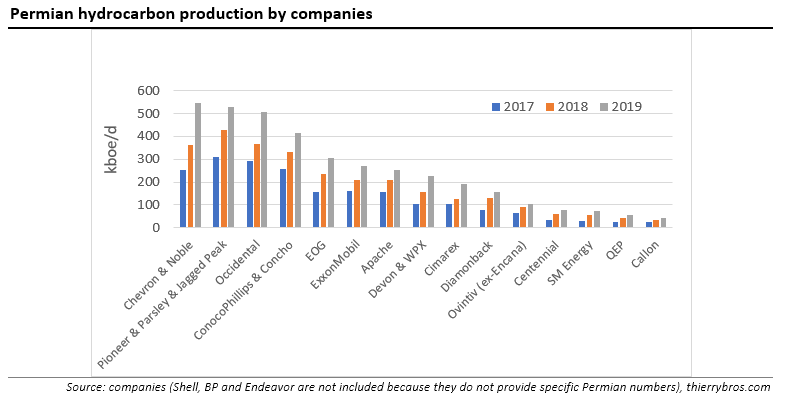 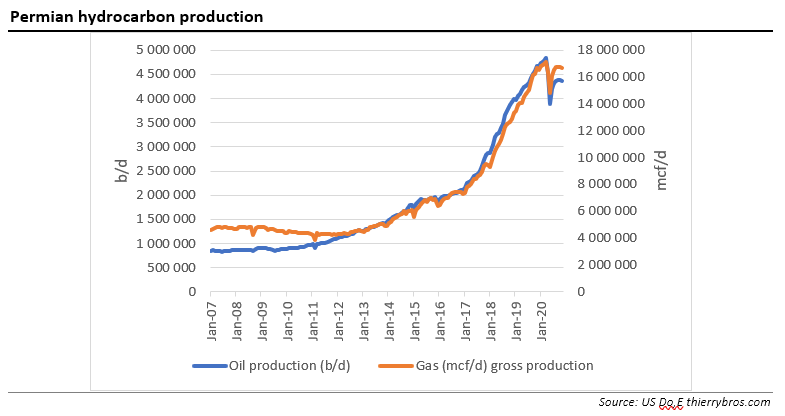 Perhaps what’s behind this M&A flurry is in fact the desperate need for those major companies to get hold of flexibility in an energy transition world, where the forecasts are more and more difficult to establish. And the Permian has proven to be extremely flexible with a reduction of 1mn b/d (-20%) oil production alone in just two months.

Listed companies need to have access to flexibility on the up- and down-sides to be able to cope with whatever happens in the medium term. Outside Opec spare capacity, the Permian alone seems to be able to provide this in a fast and affordable way.

So  the consolidation should continue. Going forward, the global players with a strong foothold in the Permian would be able to produce baseload, as usual, their conventional assets and to match any unexpected /unforecastable swing in demand thanks to shale oil. Permian will be used going forward to cover the many energy transitions hiccups! And as we can expect a lot of hiccups, the value of Permian is going to rise.