As technology and the astute management of flows have only marginally reduced Nord Stream 1 load factor from its former 109% record to 105%, the German decision is not linked to the effective operation of Nord Stream 1 -- which is also why Germany did not request the decision to be suspended during the appeal -- but to the consequences of the application of the solidarity mechanism to Nord Stream 2.

This public action, paid by Germans taxpayers, clearly contradicts German official narrative about Nord Stream 2 being only a commercial project… This German appeal is going to split further the EU on Nord Stream 2 until the final ruling. But if the final ruling does confirm the court's decision, this could then mean that Gazprom will never be able to use more than 50% of Nord Stream 2 capacity. Germany could well help my August 2018 Nord Stream 2 saga to become reality…

On top, on November 8 the Polish Office of Competition and Consumer Protection imposed a fine on "Swiss" Engie in proceedings against financing Nord Stream 2, which Engie is appealing. As "today's decision with punishment is just one of the stages of this project," we could expect the other 4 "Dutch" companies (Uniper, OMV, Shell and Wintershall) to face some pressure in Poland... 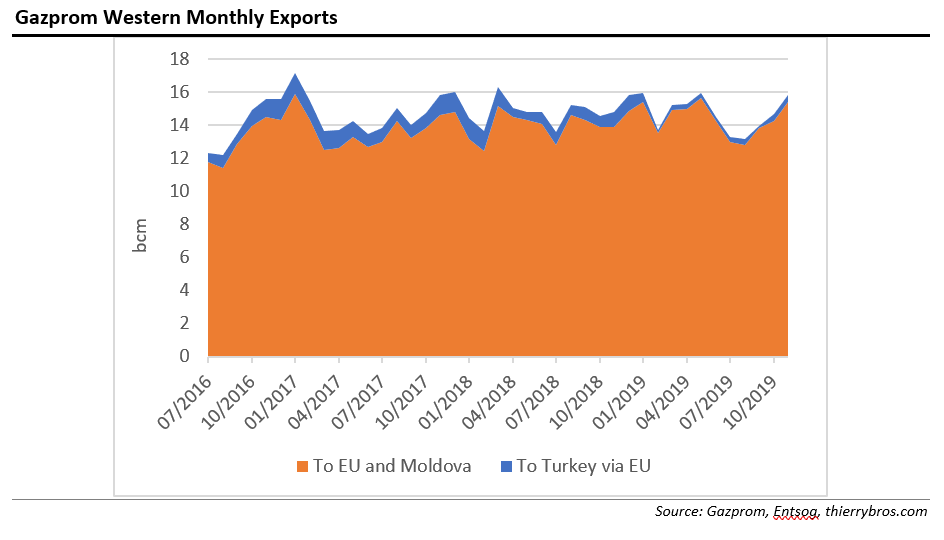 Those extra Russian volumes have allowed storage withdrawals to be limited so far. With EU storage now still 94% full this will help to mitigate any potential transit risk in early 2020. 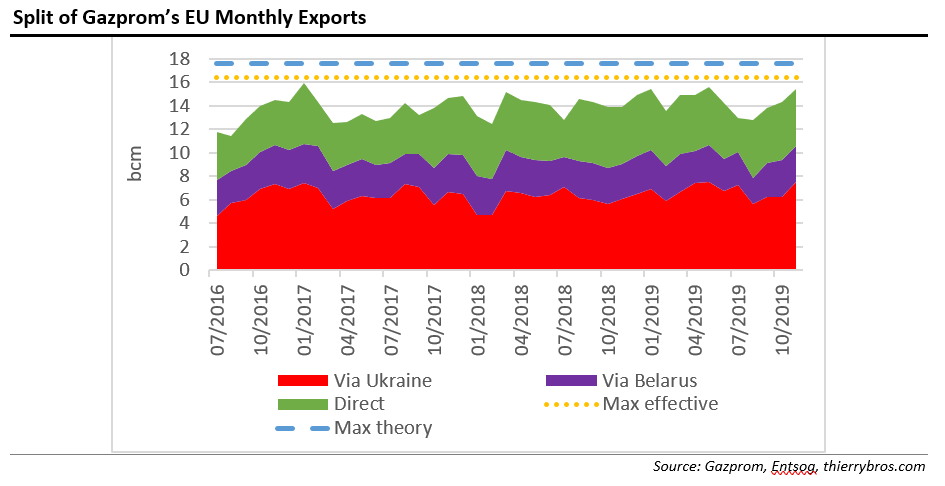 My scenario remains that after an interconnection agreement between Gas Transmission System Operator of Ukraine and Gazprom to be signed in late December 2019, Gazprom should be able to nominate day ahead volumes in early January. This short-term transitional solution should sustain gas prices (even with high storage). Then, mid-January, there could be a long-term agreement -- ship or pay 600bn m3 over a 20-year contract -- with gas prices going down. But Gazprom should push less gas via Ukraine in H1 2020 than in H1 2019, as this would: 1/rebalance the market; 2/ allow Gazprom to push more gas once/if NS2 is operational later in the year. Stay tuned!