After US sanctions were imposed on the gas producer in mid-2014, and oil prices collapsed later that year, the fate of its maiden project Yamal LNG appeared up in the air. Against all the odds, however, the terminal's first of three 5.5mn mt/yr trains came on stream ahead of schedule and within budget in December 2017. Its second and third trains started up in July and December of 2018, six months and a whole year early respectively. Similarly, its 660,000 mt/yr bunkering plant in Vysotsk, in northwest Russia, was commissioned on time in early 2018.

Novatek's next export project, adding a 0.9mn mt/yr fourth train at Yamal LNG, appears to be having some difficulty, however.

Company CEO Leonid Mikhelson revealed to reporters in January that the train, originally scheduled for launch before the end of 2019, may take until June to start working. 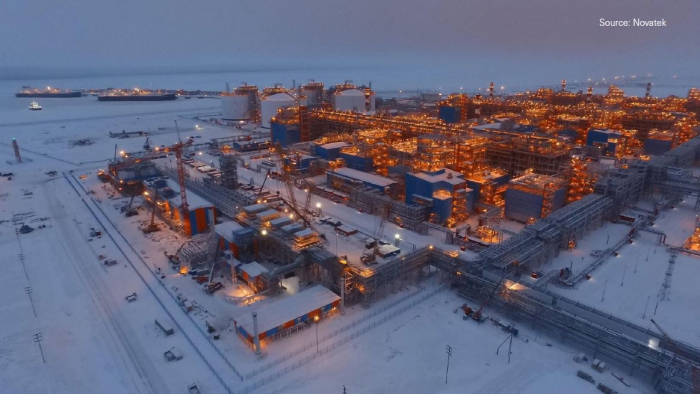 "We will start commissioning work in the month of March; in the first half of this year we will launch it," he said on the sidelines of the World Economic Forum in Davos.

Novatek has not disclosed the reasons for the delay, declining requests by NGW to comment. But sources told Russia's Kommersant at the time that the processing pipelines installed at the train had not been designed to handle gas that has such a low temperature.

How serious a design flaw this is, is hard to determine. It is also possible that Novatek and its partners – France's Total and China's CNPC and Silk Road Fund – may have delayed the train's launch for longer than necessary because of low gas prices.

What is more, there is no indication that there is an issue with Novatek's proprietary Arctic Cascade liquefaction technology, which will be deployed for the first time at the new Yamal LNG train.

Yamal LNG's other trains relied on technology supplied by US firm Air Products, while Novatek's Arctic LNG-2 plant, slated to come on stream in 2023, will use technology developed by Germany's Linde.

After trialling Arcade Cascade at Yamal LNG, Novatek plans to use it at its next LNG project, Obsk LNG, which it aims to sanction before mid-year. Obsk LNG will consist of two trains, each with a capacity of only 2.5mn mt/yr.

Analysts have told NGW in the past that the small size may be down to technological constraints with Arctic Cascade. However, Vasilii Tanurcov, director of Moscow-based ratings agency Acra, doubts if this is the case. "It is more a matter of reducing the risks of investing in the new technology, including the fact that the equipment for the new LNG plant will be of Russian origin," he told NGW. The plant's size is also decided by the size of the Verhnetiuteiskoye and Zapadno-Seyakhinskoye fields that serve as its resource base.

Novatek is eager to localise as much equipment and technology as possible, to safeguard its operations from a potential ratcheting up of US sanctions: they scuppered Gazprom’s plans for a launch this summer of Nord Stream 2.

While current sanctions applied to Novatek restrict the company's ability to raise international financing, they do not prohibit it from obtaining foreign services, equipment and technology at its projects. Washington could well ramp up the pressure, however, given the growing importance of LNG exports for the Russian economy, and the fact they compete with US supplies in Asia and Europe.

Novatek's ambition is to produce 70mn mt/yr of LNG by 2030. In addition to Arctic LNG-2, Mikhelson recently disclosed plans for two more terminals, also with capacities of around 20mn mt/yr, known as Arctic LNG-1 and Arctic LNG-3. Novatek has been tight-lipped regarding the timeframe for these projects, beyond that it expects to take a final investment decision (FID) on Arctic LNG-1 before Arctic LNG-2's start-up.

Other Russian producers would also benefit from technological innovations made by Novatek.

Gazprom was once Russia's only LNG exporter but fell behind Novatek in the development race after its Baltic LNG project with Shell failed to make progress. Nevertheless, it aims to launch a 13mn mt/yr replacement LNG project on the Baltic coast with local partner Rusgazdobycha in 2023, as well as three 1.5mn mt/yr bunkering plants on the Baltic and Black seas and in the Far East over the coming years.

Gazprom still has hopes of adding a third 5.5mn mt/yr train at its Sakhalin-2 project in the Far East – a project which has been in limbo for years because of gas supply concerns. Gazprom wants to use gas from the offshore Yuzhno-Kirinskoye field but it will have to develop the resource on its own after US sanctions targeted the project in 2015. Rosneft too is advancing its own 6.2mn mt/yr plant in the Far East with ExxonMobil, but the pair are yet to take an FID.

With the global LNG market reeling from rising supply and lacklustre demand, cost control is vital for producers. Novatek is looking to make savings by controlling as much of the LNG supply chain as it can.

These figures are deceptive, however.

"The situation is quite different from the point of view of the cash cost; thanks to Novatek's vertical integration, the cash cost of Yamal LNG is significantly lower than for the US LNG projects," Acra Director Vasilii Tanurcov told NGW.

"A huge share of the liquefaction cost is non-cash depreciation, the production cost is almost fully covered by by-product sales of gas condensate, and Novatek owning an LNG tanker fleet means the charter cost, more than half of the shipping cost, is actually non-cash," Tanurcov explained. "At the same time, the cost for US LNG exporters is almost fully cash due to the lack of vertical integration."

Acra expects liquefaction costs at Arctic LNG-2 to be half as low as at Yamal LNG, thanks to lower construction expenses. As such, the overall cost of its gas will be $6.2/mn Btu, making it more competitive than US LNG projects on a simple cost basis.

Not content with owning the fields, the liquefaction terminals and the tankers, Novatek is now looking to move further downstream.

In September, it signed preliminary deals with Indian LNG firms Petronet and H-Energy, and Japan's Saibu Gas, covering potential joint ownership of import terminals, the use of LNG for power generation and bunkering, and the marketing of the gas to end users. Novatek's aim with these moves is to corner demand for its gas, making its business more resilient after years of market volatility.

Around 85% of the terminal's gas is contracted for delivery to Asia, but it was commissioned ahead of schedule. This meant there was more non-contracted production last year, resulting in around 80% of its gas headed to Europe.

"This was primarily due to the low Asian premium relative to European prices – for Yamal LNG, given the difference in shipping cost, export to Asia becomes more attractive only if the premium exceeds $1.0-1.2/mn Btu," Acra's Tanurcov said.

More production is contracted this year, mostly on a delivered ex-ship basis, meaning that a greater share should flow to Asia, according to Acra. The agency therefore predicts Russian LNG exports to Europe to fall to below 4mn mt in 2020, from 14mn mt in 2019.

Editorial: Supply -- but no demand