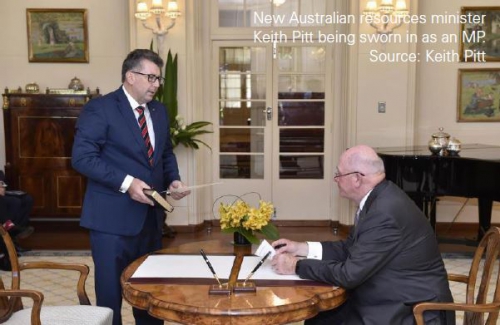 The federal government has been talking about working with state and territory authorities to implement a national gas reservation system since August 2019. By ringfencing a share of local production for the domestic market, the federal government hopes to place downwards pressure on east coast gas prices that have climbed in line with expanding gas export capacity.

But the agreement signed between Canberra and Sydney at the end of January, which requires NSW to deliver 70 petajoules (1.82bn m³)/yr of new gas supply for domestic consumption in exchange for A$2bn (US$1.34bn) of federal funding for energy infrastructure projects, suggests the government is looking to reach bespoke agreements that deliver the same results as a national policy.

Such thinking would represent a rather neat solution to the potentially thorny legal issue of trying to impose a national reserve policy across the states and Northern Territory (NT), given that each has jurisdiction in the onshore as well as somewhat reduced authority in the offshore.

Australia’s incoming minister for resources Keith Pitt entered office on February 6 and wasted no time in beating the war drum over local governments’ obligations when it comes to increasing production for domestic users. While his predecessor, Matt Canavan, had been touting a gas reserve policy since August 6 last year, Pitt appears to be more focused on bringing new gas projects on stream to feed both the domestic and export sectors.

In his first week in the role, Pitt has not only called for an increase in exports of coal and gas to fund government services but has also urge local governments to release new coal-bed methane (CBM) acreage to drive down gas prices.

“I think we should use every opportunity to utilise the common wealth for the common good,” Pitt said in a February 11 interview with The Age.

Pointing to Santos’ domestic-focused Narrabri CBM project in NSW, the minister said it could supply more than half the state’s gas demand. The project is under environmental review and gas gained significant opposition from local environmental and agriculture groups. They worry that Sydney’s deal with the federal government will mean project approvals are fast-tracked.

The deal itself is supposed to be the first of in a series of such agreements with state and territory governments, with Australian prime minister Scott Morrison having made it clear that he views gas as key to Australia’s domestic energy strategy in the coming years. This view is also held by the country’s top scientist, if the country is indeed to foster the development of renewables and displace coal without suffering blackouts.

The deal with NSW means that three major gas producing states have, in one form or the other, a reserve policy in place. Western Australia (WA) has ringfenced 15% of production from export-orientated projects, Queensland has reserved 20-30% of the fields it has auctioned since 2015 for the domestic market and NSW has committed to dramatically increasing gas flows for local buyers. This leaves Victoria and the NT as the most likely candidates for a deal that could boost domestic-focused gas flows.

Victoria’s blanket ban on conventional and unconventional onshore exploration was the target of Canavan’s ire for many months before his departure and Pitt was quick to jump on the bandwagon. In his interview with The Age, the new minister slammed the Victorian government’s exploration moratorium as a threat to jobs. He said: “If we don’t explore and develop new gas supplies, we are consigning a lot of our manufacturing sector to outsourcing overseas and making families and businesses pay more for energy supplies.”

Canavan, meanwhile, told The Age a week before he left office that the government wanted to reserve some of the shale gas resources found in the NT’s Beetaloo Basin for the domestic market.

This piecemeal approach to boosting gas supply to the local market is very different from what one would expect a national policy to look like. However, from a political and legal stand-point the decision to deal with gas reservation on a state-by-state basis makes a great deal of sense.

Australia’s upstream is governed by a complex web of regulations that have been moulded by the country’s constitutional structure as well as the federal, state and territory governments’ powers.

In the early twentieth century, the state governments passed legislation declaring their ownership over all onshore petroleum resources. While the Australian Constitution does confer a limited number of specific powers to the federal government, it does not make any reference to control over natural resources.

The federal government does have control over certain aspects of oil and gas development, such as interstate and overseas tradeas well as taxation, but its authority does not supersede that of the states when it comes to development agendas or reserve policies.

The Constitution also limits the federal government’s powers in a number of ways, most notably that Canberra cannot enact any trade, commerce or revenue law that gives preference to one state over any other state.

In the regulation of the country’s offshore resources, federal and state legislatures share considerable jurisdiction.

Australia’s government passed the Seas and Submerged Lands Act in 20173, asserting federal sovereignty over the entire offshore. The states challenged the constitutional validity of the Labor government’s claims before the High Court, which found in favour of the Commonwealth.

Following the dismissal of the Labor government in November 1975, the Liberal Party-Country Party coalition reached a new accord with the states on offshore jurisdiction in 1979. Under the Offshore Constitutional Settlement, states were granted control over coastal waters out to three nautical miles (5.55 km) from their territorial boundaries along with ownership of seabed resources. In addition, the states retained a diminished role in the administration of federal legislation pertaining to their overlapping border areas as well as a share of petroleum generated from said areas.

This tangled web makes it incredibly difficult for any federal government to try to overrule state governments with wellhead regulations.

When Australia first grappled with the issue of soaring domestic gas prices, the federal government introduced the Australian Domestic Gas Security Mechanism (ADGSM) in July 2017, which gave it the power to limit exports from LNG projects that were running at a deficit to the local market. 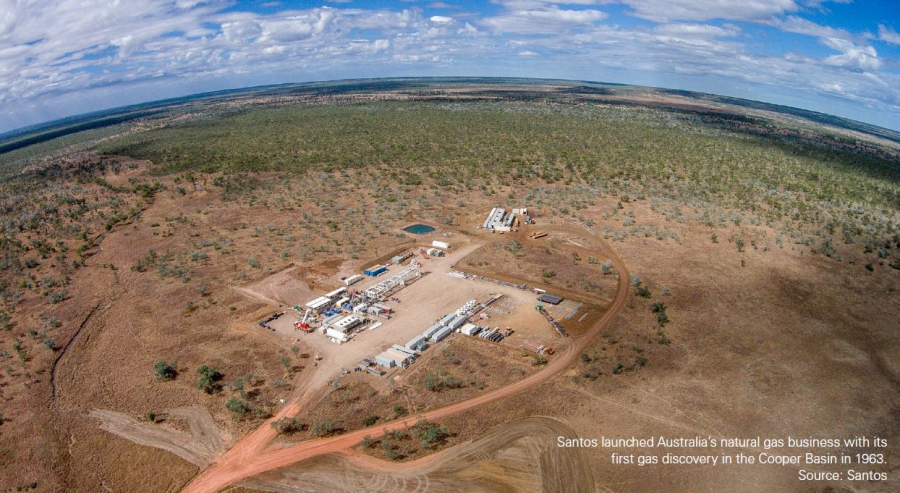 It was a rather tidy solution to a state-specific problem. The rise of the three world-class LNG export projects on Queensland’s Curtis Island have widely been blamed for the strain on east coast domestic gas supplies in recent years and the ADGSM was a response to that. Trying to implement national legislation that targeted Queensland’s upstream policies would have created a legal and political nightmare.

The government does not have a clear constitutional mandate to implement a gas reserve policy at a state or national level but does have the power to control over interstate and overseas tradeand taxation.

A national gas reserve programme would affect states differently, given their different market dynamics. WA, for example, has a 15% reserve policy but is not connected to the more populous east coast market which has a fully integrated gas grid. Would the NT benefit from having such a policy in place, given its smaller domestic requirements?

A national policy would have serious ramifications for each state and territory and would likely prove disadvantageous to one, which would likely lead to a High Court challenge on the grounds that such legislation is unconstitutional.

Instead, the federal government seems to have taken the route of using either the carrot or the stick to push local governments to boost local gas supplies. In NSW it was the carrot, in Victoria it has been the stick.

Nearly Half Oz Gas Reserves 'Out of the Money': Rystad