The constant intervention by successive governments in the UK electricity sector has led to an opaque, complicated and uncompetitive market that fails to deliver low-cost and secure electricity, finds the House of Lords Economic Affairs Committee in a report* published February 24. The committee, drawn from Parliament’s unelected upper house, identifies two key failures in the current market.

First, despite security of supply being a key objective, spare generation capacity is tight. Growing concerns about the deliverability of new nuclear put further pressure on this margin. Second, consumer prices have risen 58% since 2003 and industrial prices are now the highest in Europe. 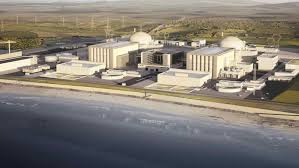 "Hinkley Point C is a good example of the way policy has become unbalanced and affordability neglected. It does not provide good value for money for consumers and there are substantial risks associated with the project,” added Lord Hollick.

"We would like to see the government step back from the market and allow all generating technologies to compete against each other. It should establish an Energy Commission to ensure competitive auctions have independent oversight and are scrutinised carefully.

It noted that auctions in 2014 and 2015 led to no new plant investments, and only one new combined-cycle gas turbine (CCGT) plant in 2016 – at a time when spare generation capacity is tight.

The committee also recommends the creation of a new National Energy Research Centre to guide the government on optimal new low-carbon technologies that can be commercially developed, and help the UK “catch up in the race” to find cost-effective solutions to the world’s energy challenges.

What is ‘Plan B’ if Hinkley doesn’t deliver?

Most of the committee’s witnesses argued that Hinkley does not provide value for money. University College London’s Energy Institute told Lords that governments in several countries had been caught by surprise by its sudden drop in PV solar panel costs, caused by major investments by Chinese manufacturers.

Nigel Lawson, a former conservative UK chancellor and energy secretary, told the committee that changes in economics had made Hinkley “a ridiculous white elephant” to which the 2010-16 coalition government had agreed as “they were so desperate about running out of electricity capacity.”

The committee also heard that the Hinkley financing model depends on Chinese involvement which is linked to the government permitting the construction of a Chinese-led nuclear plant at Bradwell, 80 km from London. The late David Clarke, CEO of the UK Energy Technologies Institute, had told the committee has a “better than 7 in 10 chance of being delivered on time” adding: “Does that worry me as an engineer? It ought to be better.”

Given that Hinkley Point C is expected to produce 7% of UK power when scheduled online in 2025, the committee called on the government to outline its 'Plan B' in the event Hinkley is delayed or cannot produce the anticipated power.

Also, NuGen CEO Tom Samson told the committee that Engie/Toshiba-led project at Moorside, Cumbria – still lacking an FID, despite being scheduled to open in the mid-2020s and provide another 7% of UK power – has a “significant funding gap.”

The foundation stone for the £490mn second subsea power connector between England and France, which when completed will be capable of powering up to 2mn homes, was laid February 23 by UK energy minister Jesse Norman.

The 1-GW ElecLink cable will run through the Channel Tunnel between Sellindge in the UK and Les Mandarins in France. Regulatory approvals for the line were granted in April 2016.

The first cable to link England and France opened in 1986.

* The Price of Power: Reforming the Electricity Market

EU storage injection catches up with 2018