During a webinar on the country’s petroleum sector in June, the state National Nigerian Petroleum Corporation (NNPC) group managing director Mele Kyari said a shortage of gas had made it difficult for the country to make use of its installed capacity.

Siemens has come up with a plan to ensure that the country upgrades its power sector output using natural gas, which Nigeria has in abundance. As of January 2020, Nigeria’s gas reserves stood at 203.16 trillion ft3, representing a marginal increase of 1.16 trillion ft3 from the 202 trillion ft3 recorded in 2019.

Following the Nigerian Gas Flare Commercialization Project to harness excess gas for other uses through third parties, over 130 flare sites have been identified as targets for this work onshore and offshore in the Niger Delta,

According to Siemens, flare gas of up to 3.3bn ft³/day would be enough to power up to 15 GW of baseload high-efficient combined-cycle gas turbine power plants across Nigeria depending on the quality of the collected gas. The company covers the whole process from capture and processing upstream to transport and combustion in its power plants.

In July 2019, Nigeria’s president Muhammadu Buhari signed a letter of agreement on the Nigeria Electrification Roadmap with Siemens. The agreement was the result of a high-level priority meeting between Germany’s chancellor Angela Merkel and Buhari on August 31, 2018.

The meeting with Merkel produced the presidential power initiative (PPI), which is an agreement for a government to government framework under which Siemens will modernise Nigeria’s electricity grid.

The agreement states that by 2025, Nigeria will access up to 25 GW in its national grid. The power deal is worth $2bn. 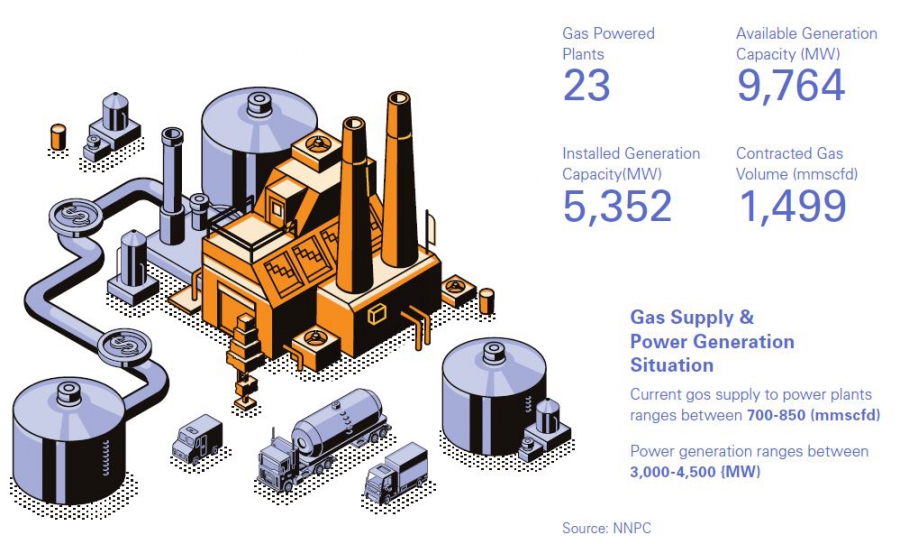 In May 2020, Buhari announced that the six-year project would be financed by concessionary loans covered by Germany’s Euler Hermes Group SAS, a large provider of credit insurance.

He said that the concessionary agreements included a three-year moratorium and a 12-year repayment period through the Euler Hermes cover, which Nigeria will on-lend as a convertible loan to the other shareholders in Nigeria’s distribution companies.

While over 13 GW of power generation capacity is available in Nigeria, only about 3.4 GW reaches final customers – households, commercial and industrial users – on average, with a peak operating capacity of 5.2 GW achieved in 2018.

Siemens has committed to this project by making its Nigerian Electrification Roadmap available to Buhari on November 18, 2019. In the plan, Siemens proposed dividing the project into three.

Phase 1 will focus on essential and quick-win measures to increase the system’s end-to-end operational capacity to 7 GW by 2021.

Phase 2 will target the remaining network bottlenecks to enable full use of existing generation and last mile distribution capacities, bringing the system’s operational capacity to 11 GW by 2023.

Phase 3 will develop the system up to 25 GW capacity in the long term, with appropriate upgrades and expansions in both generation, transmission and distribution by 2025.

The goals of the Siemens deal are realistic if all the possible risk factors are considered and mitigated on time. But the current timelines to deliver may have to be adjusted, Osasu Eghobamien, an African power sector analyst and consultant, told NGW June 24.

“Phase 1 is supposed to provide 7 GW of working transmission/distribution capacity by 2021. Considering the needed magnitude of work that needs to be done and the fact that initial agreements are still not completed, Phase 1 could extend beyond the stipulated time,” she said.

Political interference must be kept aside if the implementation process is to succeed. All actions should be based on contracted agreements and the contractors should be allowed to perform the work stipulated, she said.

Also, the necessary stakeholders, especially the operators must be involved throughout the process because in the end they are the ones who understand how their systems work currently, vis-a-vis how they should, she concluded.

Siemens has already outlined the kinds of varying work to be done on all the sites that the 11 power distribution companies in Nigeria manage. In its electrification plan report, Siemens noted that it will carry out significant work on 100 power substations across the country.

All the various phases of the work will include enhancing the quality of the distribution network downstream of the sub-transmission network, as well as the swift supply of equipment needed for replacement and the upgrade and immediate expansion of substations.

In the past, Nigeria has negotiated Scada installation for its power sector, but the plans fell through, as a result of mismanagement. The last Scada contract facilitated by the World Bank in 2007 cost about $47mn.

In 2020, the Transmission Company of Nigeria (TCN) came up with a strategy to ensure the country has a functioning Scada, which involves cancelling non-performing fibre-optic concession contracts, rehabilitating the existing communication backbone and extending it, as well as training TCN staff to ensure success.

The TCN will work closely with Siemens for the realisation of the various goals for the power deal.

Once the grid constraints in all parts of the country have been resolved, Siemens will use its SGT-A45 turbine, which was launched in 2017, to upgrade power output in Nigeria’s federal capital, Abuja.

According to Siemens, the SGT-A45 gas turbine achieves significantly higher power output and fuel efficiency than any other mobile gas turbine unit. It has a modular design, consisting of three trailer-mounted modules to keep the amount of hardware at each site to a minimum.

In 2015, Siemens signed a similar agreement with Egypt, resulting in an upgrade of the country’s electricity infrastructure by about 40% in 27.5 months.

“Our long-standing mantra – ‘Siemens in Nigeria, for Nigeria’ – is echoed in every business activity that we conduct in the country, especially in the power and gas sector,” says Nasir Giwa, vice president, power and gas at Siemens Nigeria. “We do not view our activities and operations within the industry as simple business transactions; rather as long-term investments to provide world class solutions to the electrification challenges facing Nigeria, a country which we’ve called home for up to 50 years.”

According to Giwa, Siemens has also done some work on gas-fired merchant plants in Nigeria, including the 459-MW Azura Edo plant, the 413-MW Phase 1 and 434-MW Phase 2 Geregu plants, as well as the 276-MW Afam V plant. 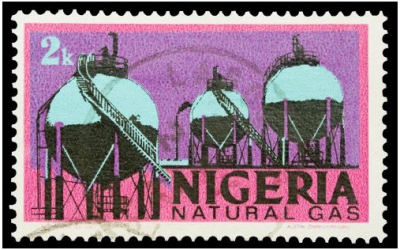 "It is common to find aging electricity infrastructure in remote areas around the country. This poses a challenge for this project. There are lots of faulty transformers, and vandalised distribution cables.

"For the power deal to work out as planned, the restructuring must get to all areas in need of repairs across the country," he said.

Although the Siemens power deal has garnered a lot of publicity, it is not the only player in Nigeria’s gas to power corridor. Other players include Axxela, formerly Oando Gas & Power, Eni and Seplat.

Aside from holding a 10.4% stake in Nigeria Liquefied Natural Gas (NLNG) Limited, the Italian company Eni is also involved in producing gas for power generation. Since 2005, it has operated the Okpai gas-fired power plant and while the capacity is at 480 MW, work is underway to ramp this figure up to 1 GW. In 2019, Eni announced that it had discovered 28bn m3 of gas and 60mn barrels of condensate in its Obiafu 41 field in the Niger Delta, which will be taken to the Okpai power plant to increase gas-to-power capacity.

The two fields are together expected to produce 600mn ft3/day of gas, enough to generate about 2.4 GW of electricity for about 2.4mn homes.

The phase one development of Anoh midstream is expected to cost $700mn, of which the joint venture of Seplat and the Nigerian Gas Company will fund $420mn, while the Anoh Gas Processing Company proposes to raise $280mn in debt.