Qatar is well known as the world’s biggest LNG producer, but is expected to be overtaken by Australia and then the US in the mid-2020s. Australian energy analysts EnergyQuest predict that Australia, which shipped 75.1mn mt/yr of LNG last year, will exceed Qatar in terms of LNG exports next year with higher output from both the Ichthys and Prelude projects. The International Energy Agency (IEA) forecasts that the US should then take the top spot by 2024, by which point China will have overtaken Japan as the world’s largest market for LNG.

The discovery of the giant North Dome field in 1971, the year that Qatar became independent, changed the emirate’s role in the region. The biggest non-associated gas field in the world, it lies off the north-east coast of Qatar and partly in Iranian maritime territory, where it is known as the South Pars field. Qatargas estimates recoverable reserves on the field at more than 900 trillion ft3. The reserves give Qatar influence over global gas markets and regional diplomacy far out of scale with the size of its population of just 2.6mn, of whom just 12% are Qataris. 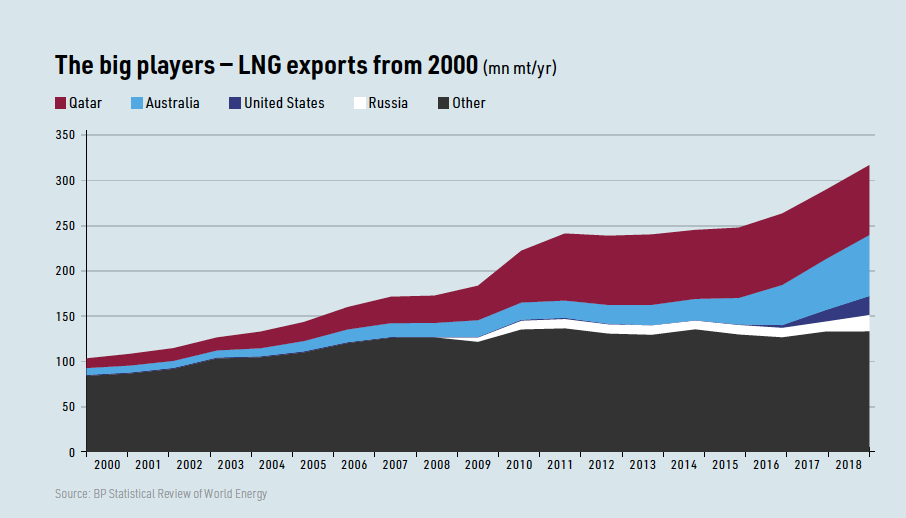 The North Field expansion project involves boosting Qatar’s LNG capacity from 77mn mt/yr to 110mn mt/yr by 2024 and will include the construction of four ‘mega’ trains, each with production capacity of 8mn mt/yr. Qatargas has not yet provided any details on how the LNG will be marketed.

In addition to the four trains, the contract includes developing ethane and LPG production and fractionation, a helium plant and ancillary infrastructure to support the processing units.

Also in May, Qatar Petroleum launched a tender for the EPC contract to construct three LNG storage tanks, compressors to recover tank boil-off gas during storage and jetty boil-off gas during LNG vessel loading, rundown lines from the LNG trains to the storage area, plus two or three new berths. 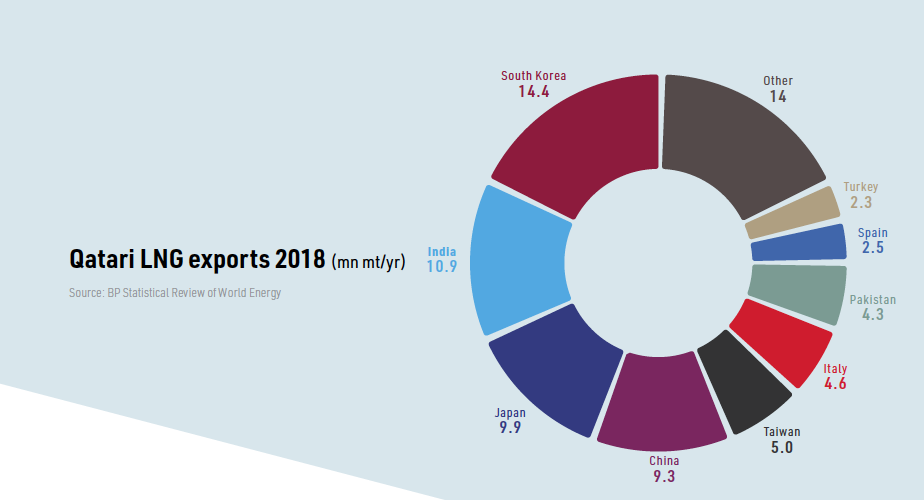 In April, Qatar Petroleum also issued an ‘invitation to tender’ to qualified shipyards to bid for contracts to construct new LNG carriers to support the additional capacity. It will cover replacements to the existing Qatari fleet and shipping requirements for LNG from the Golden Pass LNG export project in the US by Ocean LNG, which is 70% owned by Qatar Petroleum and 30% by ExxonMobil. The tender will include 60 LNG carriers for the project expansion and could exceed more than 100 new carriers in total over the next decade, according to Al-Kaabi. 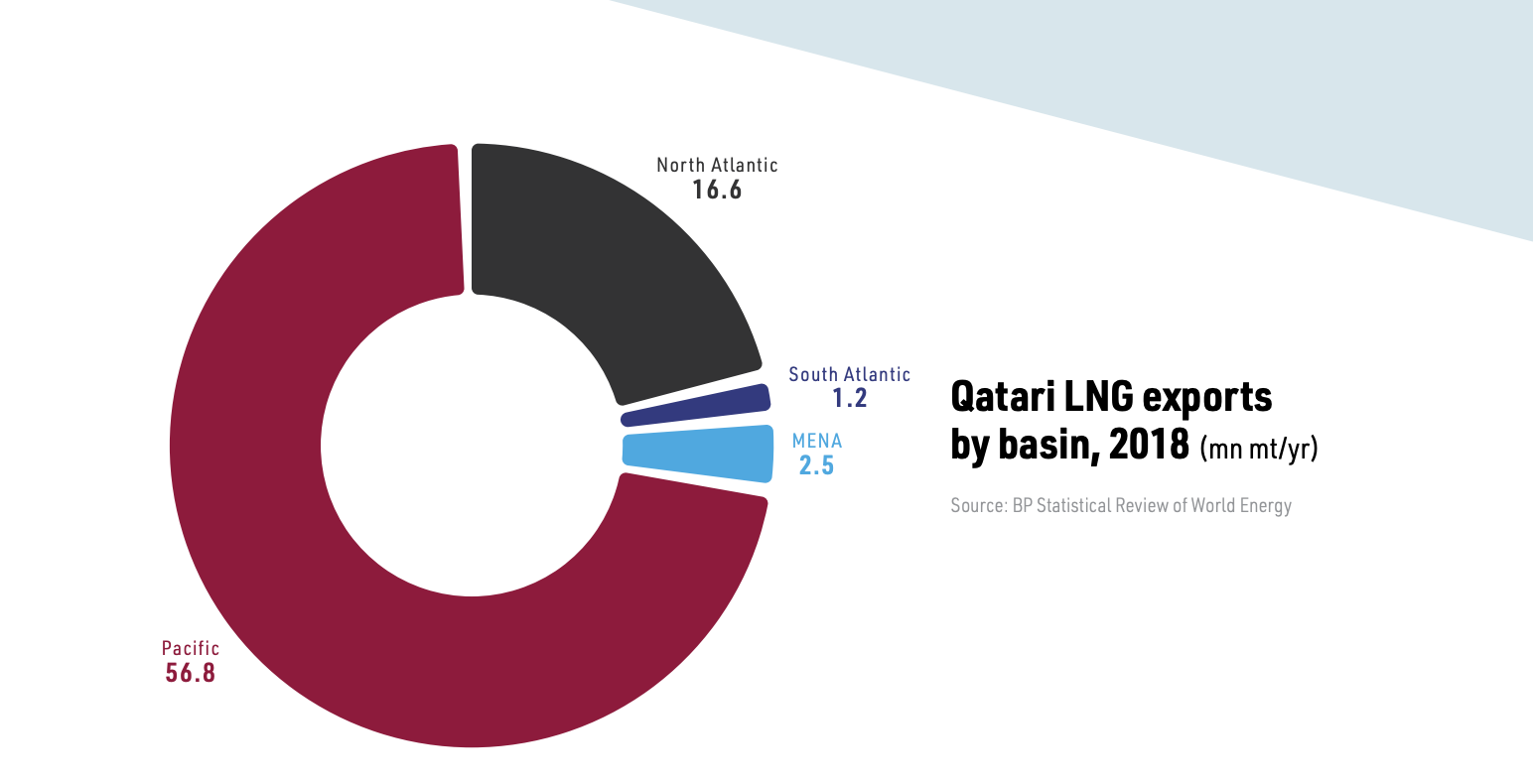 State management of the LNG sector has been simplified since the merger of Qatargas and RasGas in January 2018 under the renamed Qatargas. Qatar Petroleum estimates that the merger will save Qatar QR2bn ($546mn) in annual operating costs. The state has consistently played a big role in the industry, with Qatar Petroleum holding a 70% stake in Rasgas and 51% equity in Qatargas prior to the merger of the country’s two LNG projects.

The newly-merged company is the biggest LNG producer in the world. The timing of the deal was driven by low hydrocarbon prices, but had been discussed for many years. Al-Kaabi said that the merger should benefit the foreign shareholders in Qatargas trains, which were all given positions on the board of the new company.

The ownership of Qatargas’ various trains is given in the table below.

The LNG sector generates about 85% of Qatar’s export earnings, more than 70% of all government revenue and more than 60% of GDP.

Despite the current slump in spot LNG prices, Doha’s investment plans are a statement of confidence in rising international LNG consumption. According to a report by MENA Advisors in April, global LNG production capacity will rise by more than 60% between 2008 and 2026 to exceed 500mn mt/yr, including Qatar’s expansion. For all this capacity to be fully utilised, demand would need to increase by just over 6% a year. The LNG market expanded by 8.3% in 2018 to 313.8 mn mt/yr, according to the International Group of LNG Importers.

Al-Kaabi said: “While some see natural gas as a transition fuel, we believe it is a destination fuel. It is the cleanest of all fossil fuels. It is reliable, affordable, and the fuel of the future...China, along with India, will continue to lead Asia as the main drivers behind the growth of global LNG demand.”

Doha’s economic and political policies have been heavily affected by geopolitical tension in the Gulf. In June 2017, Saudi Arabia, the United Arab Emirates (UAE), Bahrain and Egypt all cut diplomatic relations with Qatar, and Qatari citizens in the four countries were given two weeks to leave. 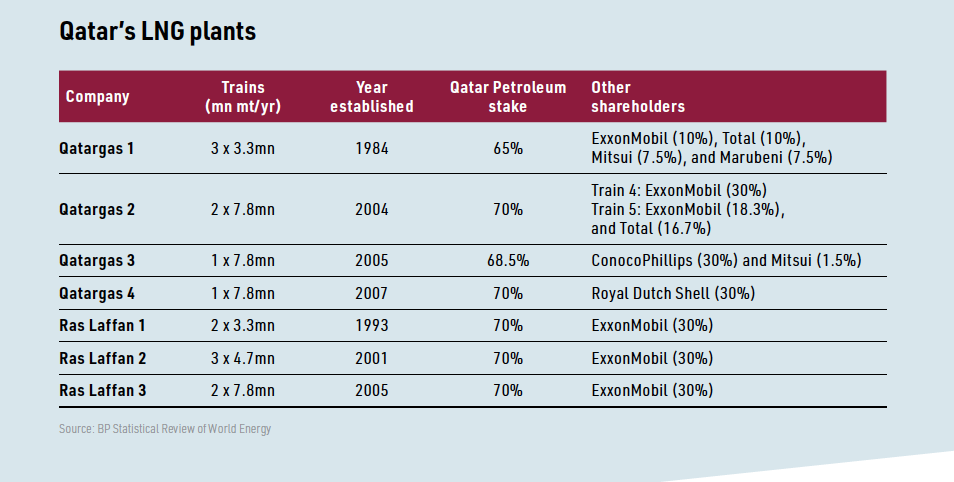 Riyadh said that Doha had backed Islamic State, Al Qaeda and the Muslim Brotherhood. Kuwait and Oman decided not to join in the sanctions, which were quickly named a blockade by the Qatari government, which called the Saudi claims “baseless and unfounded”.

The sanctions have been maintained over the past two years, but appear to have brought some genuine economic benefits for Qatar, which has been forced to find domestic replacements for the imports on which it previously relied.

For example, the cessation of shipping feeder services between the Port of Jebel Ali in the UAE and Qatar prompted the Qatari government to greatly speed up the development of its own port of Hamad in competition with Jebel Ali. The only road access into Qatar was across the very short land border with Saudi Arabia, which supplied a high proportion of its food requirements, but all imports now have to come by either sea or air.

The split between Doha and its neighbours did not come out of nothing, but it is Qatar’s gas wealth that has given Doha the economic confidence to try to free itself from Saudi Arabia’s regional influence and to pursue its own foreign policy. There has also been rivalry between the royal families of Qatar and Abu Dhabi since the Nineteenth Century and it was this rivalry that stopped Qatar becoming the eighth of the emirates in the UAE. It has even been rumoured that the Saudi and UAE governments backed a coup attempt in Doha in 1996. 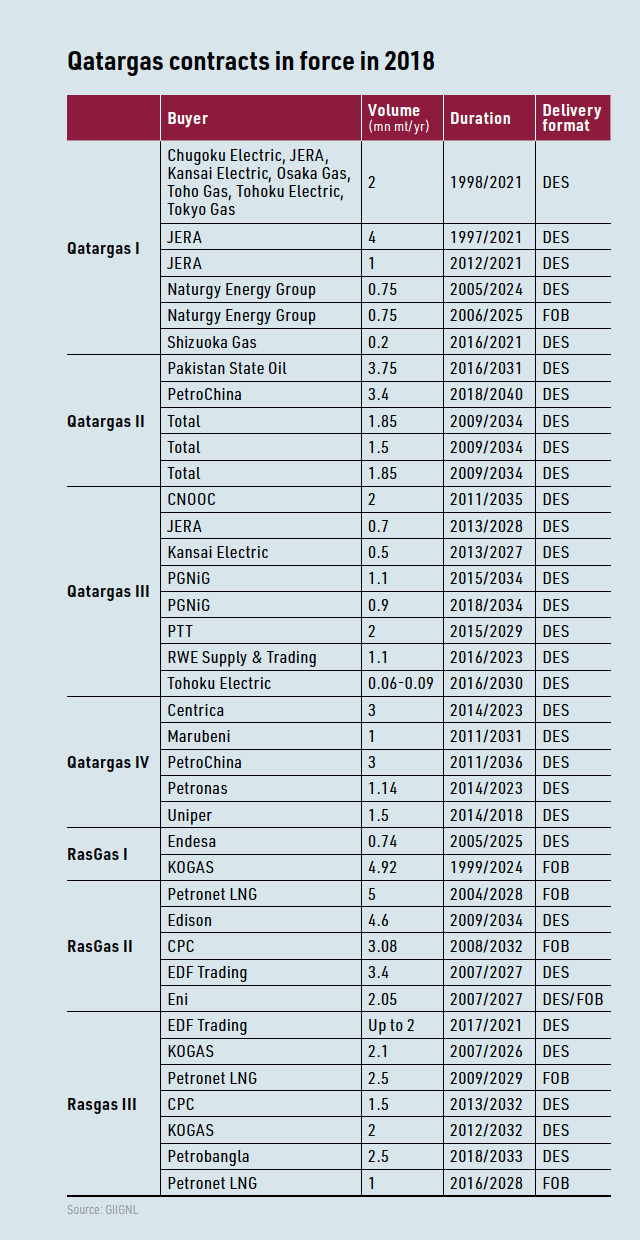 However, Doha has indeed supported Islamist groups in Syria, Libya and other parts of the region, in the face of opposition from Saudi Arabia, which wants nothing to threaten the regional political and geopolitical status quo. It is also true that the Muslim Brotherhood has had some influence in Qatar for decades, despite the fact that it would like to end all Gulf monarchies, including that of Qatar.

However, Riyadh and its allies also objected to criticism of their governments by Qatari state-funded broadcaster Al Jazeera. They have been angered by Qatar’s attempts to cultivate good relations with Iran and bring Sunni and Shia Islam together, which is at least partly motivated by Doha’s need to maintain ties with Tehran because the two countries share the giant gas field that is the basis of Qatar’s wealth.

The United States might have been expected to act as a peacemaker in the dispute, particularly as all those involved are ostensibly US allies. Although US President Donald Trump initially sided with Riyadh, Washington has taken a more balanced view since then. Moreover, any military action against Qatar should be deterred by the presence of the biggest US air base in the Middle East at Al Udeid in Qatar, where more than 100 aircraft and 11,000 military personnel are based.

The imposition of sanctions on Qatar triggered an immediate rise in European gas prices, but exports were maintained and Qatar even continued shipping LNG to Egypt. The sanctions have largely failed to have the intended impact. International financial confidence in Qatar remains high and Doha raised $12bn last year in its first US dollar bond issue since the sanctions were imposed.

Qatar withdrew from Opec in January, with the official explanation that it had decided to focus on gas rather than oil. Al-Kaabi said that the decision was “not political, it was purely a business decision for Qatar's future strategy towards the energy sector”. However, Reuters quoted him as stating: “We are not saying we are going to get out of the oil business, but it is controlled by an organization managed by a country.”

Press reports in Qatar suggest that Doha is seeking to increase the prominence of the Gas Exporting Countries Forum (GECF), which is based in Qatar.

Beijing’s decision to increase tariffs on LNG imports from the US from 10% to 25% on June 1, as part of the Sino-US trade war, has virtually blocked the sale of US LNG into China. This should open up big opportunities for GECF exporters, in the short term at least, although it will play to the benefit of all non-US LNG exporters. Qatar has been exporting LNG to China for ten years.

What remains an uncertainty is the capacity of the North Field to sustain the planned expansion of production. Qatar’s earlier moratorium on new gas projects on the North Field was based on studies which supposedly showed the North Field’s limitations, although the moratorium may equally have had a political motivation related to Iranian concerns that gas and condensate would migrate from its side of the field to the Qatari side if Doha continued its development.

With Qatar under pressure to confirm its economic autonomy in the region, the North Field’s giant reserves will now finally be put to the test.