Tanzania-focused gas producer Orca Exploration is seeking to export its model elsewhere in Africa: pushing out coal and diesel and creating wealth for shareholders and host governments with equity gas.

The Toronto-listed company is a long-term believer in gas as a transition fuel. So for the next stage in its growth it would like to be able to merge with a company or acquire assets that were either producing or close to that point elsewhere in the continent, CEO Nigel Friend told NGW late June.

He did not identify specific targets. But he said that Morocco and Egypt were “interesting” countries and that he liked the Victoria Oil & Gas integrated gas development model in Cameroon. That has been based on local production and delivering to industry and the power sector, although there have been some problems in that regard. 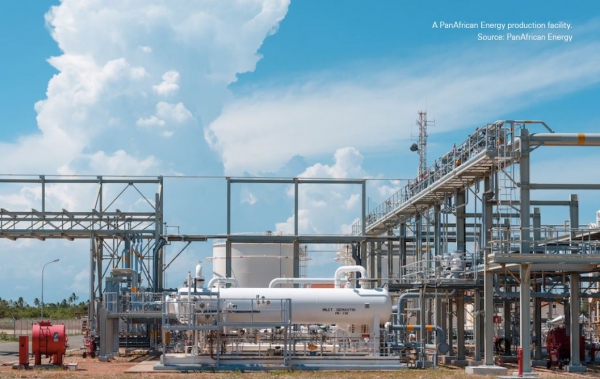 The major offtaker, the state power company Eneo, has lagged behind on its payments and this in turn has led to upstream gas production cuts. But this is a feature common to many projects worldwide, and take-or-pay terms may ensure liability for payment remains with the buyer in any case.

Another country with plenty of gas is Botswana, but that is tied up in coal-bed methane and so it is ruled out. And Namibia has significant gas resources in the Kudu field but it would need to be demonstrated that there was sufficient demand for the gas, given the very high development cost of the offshore field, he said.

Pricing structures are always important: “Where there are existing natural gas resources that need to be developed, it is likely that we would need a gas price that is more reflective of oil prices for the development to be economic,” he said. “We would also need a creditworthy gas off-taker and we would only commit finance to these projects where the development was able to meet all the criteria for a project finance, as was the case with the Songo Songo gas to power project in Tanzania.”

Orca has been producing gas from Songo Songo since 2004, backed by finance from the private sector, the World Bank and other multilaterals. Its local subsidiary is PanAfrican Energy.

“Conversely,” he continued, “there are a number of established gas jurisdictions in Africa where there is a set gas price which is lower than the oil price equivalent, such as Egypt. In these situations, it is likely that we would look to merge/buy/collaborate with companies with existing gas production.”

In the new world we now live in, he said, financing for oil and gas is becoming difficult. At the same time, the transition to a low carbon economy is speeding up. But gas will be needed as there are still 580mn Africans without access to secure supplies of electricity, he said.

Orca built a 50-km low pressure distribution pipeline within the financial centre, Dar es Salaam, to deliver its 13mn ft³/day to its 40 industrial customers and local businesses. It does so at a privately negotiated price that encourages buyers to switch from heavy fuel oil – as well as enjoy the other cost-savings such as maintenance and saving on oil storage. The sale price is linked to oil but with upper and lower limits so even this year’s low oil price has not materially affected income, Friend said.

“Right from the outset,” he said, “we tried to compete with heavy fuel oil and this has worked really well. We have had very little bad debt from the industrial sector and gas is much easier for them to use. There is no money tied up in stock oil on site and it is there when they need it. The use of the Songo Songo gas reserves have saved the Tanzanian government about $7bn in avoided oil imports. “The contracts are being honoured and generating good cash-flow,” he said.

Under the president’s leadership – John Magafuli is the third that Orca has worked with – the economy has grown and there are several infrastructure projects – such as a railway, new bridges and flyovers – that need a lot of cement and other energy-intensive industrial goods. Tanzania Portland Cement Co is a major customer and before Songo Songo came along, it ran on coal.

Orca also supplies hotels and a filling station for natural gas vehicles, which it operates. “We hope to supply other filling stations and increase the use of CNG in vehicles,” he said.

Later this year another state-owned 185-MW power plant is also to come on stream and Orca hopes to sell some of its gas to that as well.

Orca’s production-sharing licence expires in 2026, while the protected gas obligation expires in 2024. But thereafter the future is not so clear. “We are keen to get a  licence extension and to continue to develop our operations in Tanzania,” he said. But meanwhile Shell and Equinor are sitting on some 50 trillion ft³ of gas reserves deepwater offshore, beyond the scope of Orca to develop. They too might have plans for developing a market.