Norway’s oil and gas industry had a lot of cause for optimism last year.

Oil production leapt up to a nine-year high of 1.76mn b/day in December, beating official forecasts by 12.7%, thanks to the early start-up of the giant Johan Sverdrup project in the autumn. There was also a record number of fields in production at the end of the year, following a steady recovery in investment since 2017.

Exploration activity remained high, with a total of 57 exploration wells drilled in the North Sea, the Norwegian Sea and the Barents Sea, up from 53 in 2018. They resulted in 17 new oil and gas discoveries, versus only 11 in the year before, although many were relatively small.

Meanwhile Norway’s latest offshore APA licensing round resulted in 28 oil and gas firms securing 69 offshore licences across the country’s offshore zone earlier this month. This was notably less than the record 75 and 83 licences awarded in the APA 2017 and 2018 rounds. However, the Norwegian Petroleum Directorate (NPD) told NGW it was still happy with the outcome, which it said would underpin a continued high level of exploration activity on the shelf.

Taking the shine off Norway’s results last year was gas production, however, which trailed behind official forecasts for the majority of the year. It recovered somewhat in the latter months of the year, averaging 345.5mn m3/day in December, up 3.2% from the November level but down 0.4% versus the same month of the previous year. Full-year output was down 5.5% at 115.2bn m3. 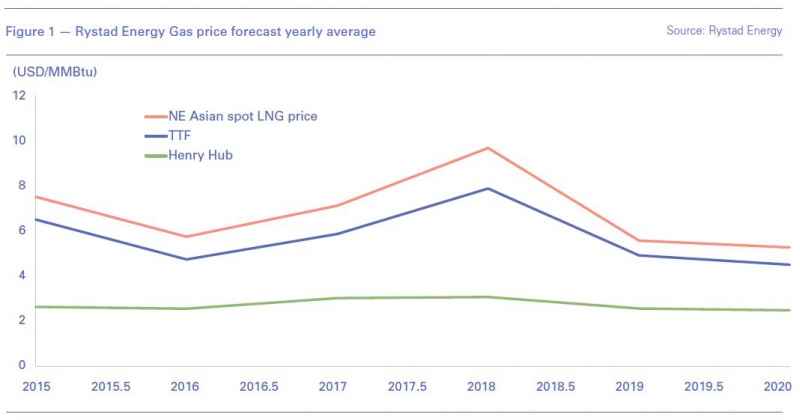 Rystad Energy analyst Emil Varre Sandoy pointed to an uptick in field maintenance last year as a factor behind the dip in production. Planned and unplanned repairs notably led to Norwegian gas exports slumping to a 15-year low in September of just 153mn m3/day. These outages mainly affected production of associated gas at oilfields, rather than gas-focused projects, Sandoy told NGW.

The NPD ruled out field maintenance as a cause of lower output last year, however, noting that it was unlikely to impact production significantly in 2020 either.

“It is rather the market situation and the shippers’ considerations that influence the level of gas production the most,” the directorate told NGW.

Rystad agrees that decisions taken by operators to cut supplies in response to low gas prices in Europe had a greater effect. Prices at European gas hubs crashed last year, as oversupply of LNG led to a sharp rise in LNG deliveries to Europe and prices collapsed.

State-owned Equinor confirmed last year it had taken such steps. And in October, the Norwegian oil ministry told Reuters it had granted the company’s request to reduce its production quota at Troll, Norway’s largest gas field. Troll is now scheduled to flow only 36bn m3 of gas between October 2019 and October 2020, down from 34bn m3 in the previous year.

Equinor declined to comment to NGW on specific decisions taken at fields as a result of weak market conditions in Europe.

“Equinor continuously seeks to maximise the value creation from our production. We can do this by utilising the flexibility in our upstream portfolio and infrastructure and by securing third party gas for continental deliveries when commercially sensible,” a company representative said.

Reining in supply in the short term may make good commercial sense for Norwegian producers. But the country’s gas remains “highly competitive” in Europe, according to Rystad.

“It’s more a question of [Norwegian] producers managing their income,” Sandoy told NGW. “Norwegian gas is the most competitive source of supply in terms of cost, while cost improvements for US LNG have closed most of the gap to Russian piped gas.”

“We expect more US LNG to come into Europe in 2020 as a result of lagging demand in Asia,” Sandoy explained. “The US is a more of a flexible producer, enabling them to send LNG volumes to wherever they can fetch the highest price. This will continue to put pressure on gas prices in Europe,” he said.

Norwegian hydrocarbon production is ramp up to near an all-time record in 2024 of 4.39mn boe/day, according to the NPD. But this growth will be driven by soaring output at Johan Sverdrup and other new oil projects. The outlook for gas is largely flat, with production expected to creep up to 122.3bn m3 in 2023, only 6.2% more than in 2019, before dipping slightly the following year. 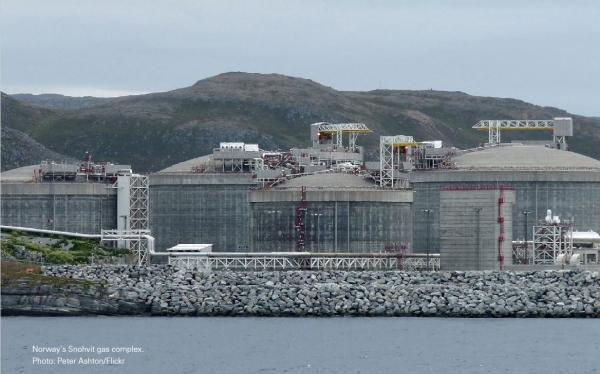 The number of final investment decisions (FIDs) on Norway’s shelf will remain high, according to Sandoy, although the size of the fields being sanctioned will diminish. Many of the FIDs taken will cover tie-in projects to existing infrastructure rather than standalone developments.

Exploration activity will remain high moving forward, Rystad expects, although spending will steadily decline from $2.74bn in 2019 to $2.6bn in 2020 and then $2.5bn in 2021. Overall capital expenditure is similarly projected to fall, from $18.6bn last year to $17.3bn in 2020, and then $12.8bn in 2021. This is because most of the planned investment at Johan Sverdrup has already been spent, while the upcoming project pipeline mainly consists of smaller tie-backs.

While gas production is expected to be mostly flat in the mid-term before entering decline, older fields in the North and Norwegian seas are set to be replaced by new finds in the less developed Barents Sea region. As such, Norway’s far north would benefit from increased gas transport capacity, according to a recent study published by Gassco earlier this month.

The choice Norway faces is whether to invest in new pipelines in the Barents region, or expand the capacity of the country’s sole LNG plant, the 4.3mn mt/yr Snohvit facility in Hammerfest. Rystad sees an LNG expansion as the best, least capital-demanding option.

There are already enough discovered resources in the Barents Sea to justify this expansion, according to Sandoy, although the same would not be true for a new pipeline.

Extra capacity to Snohvit would position Norway as a more flexible supplier, able to send gas to overseas markets that offer the best prices, rather than simply sending more supplies to Europe.