The plan is to drill two gas production wells, with the first well expected to start gas production continuously for about three to four weeks from the end of April, ministry of economy, trade and industry (METI) said. 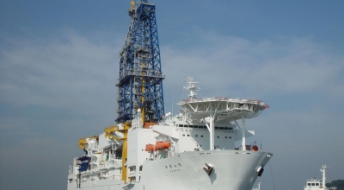 Japan today is almost completely reliant for its gas supply on LNG imports. However a Japanese study has estimated the existence of at least 40 trillion ft3 of methane hydrates in the eastern Nankai Trough off the country's Pacific coast, equivalent to about 11 years of Japanese gas consumption.

Natural gas hydrates are a naturally occurring, ice-like combination of natural gas and water found in the world’s oceans and polar regions. The amount of gas within the world’s gas hydrate accumulations is estimated to greatly exceed the volume of all known conventional gas resources. However their extraction carries the risk of landslides and resultant tsunamis. Japan's 2011 tsunami killed around 20,000 people in Japan and caused economic turmoil.