It’s not all Doom & Gloom for Natural Gas [GGP]

However, 2020 has started a whole lot different. Global energy demand has plummeted due to the economic lockdowns enforced around the world to contain the coronavirus pandemic. Still, looking beyond the immediate imbalances in the energy market, it may not be all doom and gloom for gas.

The International Energy Agency (IEA), in its latest report, calls for more speed in the transition from heavily polluting fuels such as coal, to “cleaner fuels” such as natural gas. In the report, the IEA highlighted that natural gas is already assisting in limiting increases in global emissions and offers an immediate opportunity for significant additional reductions, given the right economic and policy conditions.

The contribution of gas to the energy transition varies widely from region to region, between sectors, and over time.  Although we must concede that, as a hydrocarbon, gas remains itself a source of emissions, it is also very plausible to turn round the rising emissions trend and contribute to improvements in air quality through a wider adoption of natural gas.

The IEA’S report was released well in advance of the Covid-19 virus outbreak. Most analysts suggest, that even if the virus is contained effectively in the first half of this year, it is still likely to have a powerful impact on the global economy and energy demand for all of 2020.  Nevertheless, for natural gas exporters with long-term visions, the IEA report is still a welcome read, with a more optimistic view than the current crude oil outlook.

The near future for crude oil demand is bleak, amid the coronavirus-induced supply glut, and lack of storage space. There are also concerns that gas production will decline as drillers shut oil wells. With oil wells also producing large quantities of gas, the reduced production may even support gas prices in the short-term.

The gas market is now switching from the time of year when storage inventories are consumed throughout the cold winter months, to the injection season when stockpiles stages are replenished. This year, we are moving into the 2020 injection season with the highest level of inventories seen for many years. Simultaneously, demand for all energy commodities has plummeted. The price of crude oil has fallen from $65 barrels per day in January to, never seen before negative prices this week.

A glut in natural gas is also likely, however, it could lead to a future shortage. Natural gas prices have a long history as one of the world’s most volatile energy products. Since trading in natural gas futures began in 1990, contracts have traded as low as $1 MMBtu and as high as $15 per MMBtu. Over the past three decades, the price of natural gas has doubled, tripled, and halved, in value at times. In 2018, the price moved from a low of $2.50 MMBtu in February to a high of nearly $5 per MMBtu in November. The low came towards the end of the peak season for demand. The high was at the beginning of the time of the year when stockpiles diminish during the winter months. 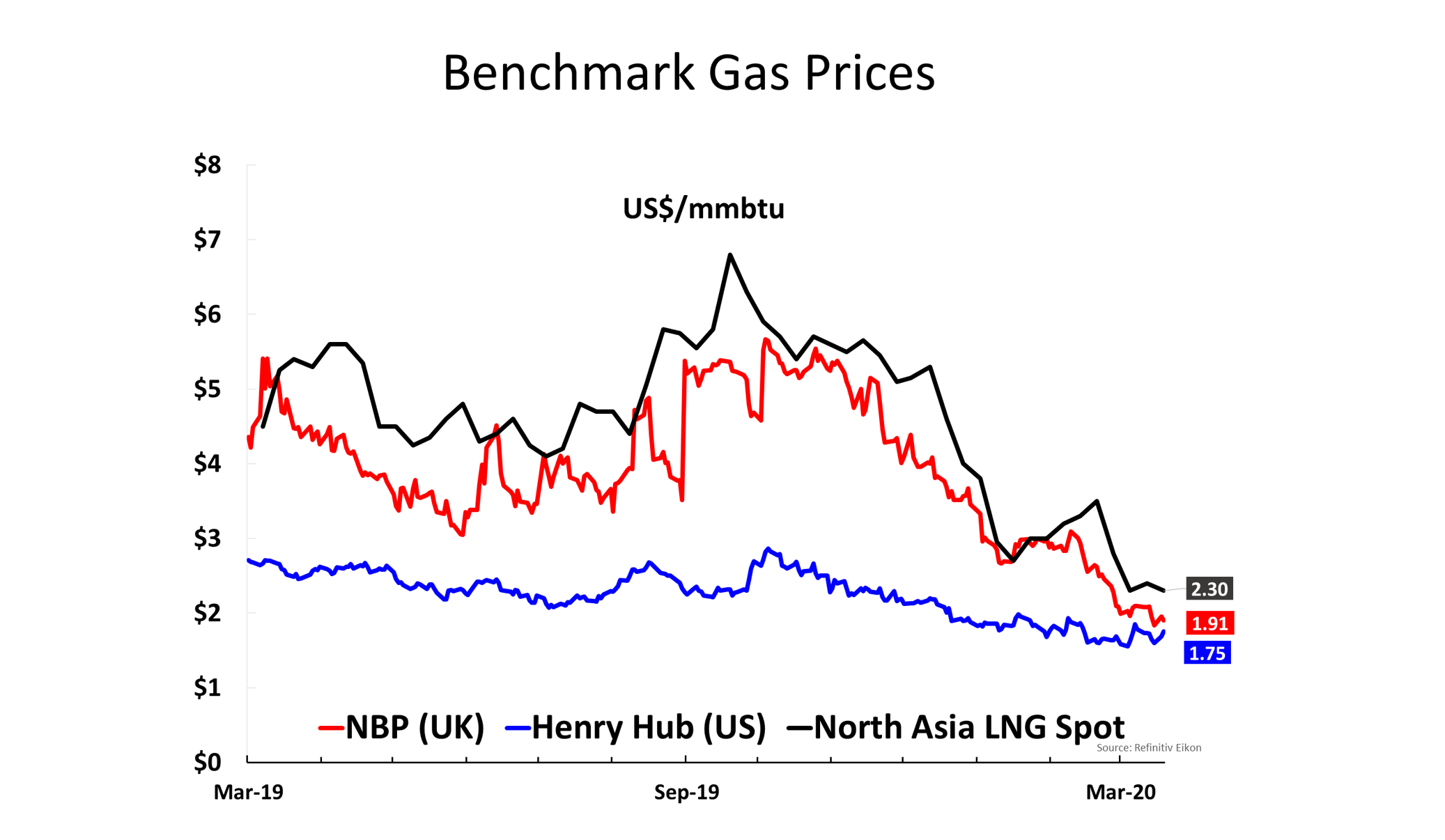 As markets across all other energy products are plunging, natural gas was making lower highs and lower lows since trading at a pre-winter peak of $2.90 MMBtu in November 2019. Stockpiles of natural gas were at far higher levels in late 2019, compared to the same time in 2018, which kept a lid on the price. Warm conditions throughout most of the winter also kept inventory withdrawals at low levels.

In March, crude oil stocks, and other markets plunged, meanwhile, there was not as much doom and gloom for the natural gas market. Natural gas did fall slightly in March, but the price damage on the downside had occurred throughout the peak season. With the highest stockpile level in years going into the 2020 injection season, and demand destruction the likes of which the world may have never witnessed, economic activity is now grinding to a halt and will cause production to decline dramatically. Eventually, inventory supplies will start to decline, and the price of natural gas will reach a significant floor. At that point, shortages are likely to develop, which could light a fuse under the price of gas.

The economic fallout until scientists develop treatments and a vaccine for the Coronavirus will be unprecedented. The longer it takes, the deeper the financial void. However, as observed by the Gas Exporting Countries Forum (GECF), the impact of current market conditions on gas demand is two-fold. On one hand, it can stimulate demand by increasing its competitiveness compared to other fuels. Yet, on the other hand, reduced economic, industrial, and commercial activity can reduce baseload demand. Although the global gas market will continue to be challenged in the short to mid-term, the long-term future seems somewhat brighter.