With its origins in Hungary’s state monopoly MOL, Swiss-based trader MET entered the European gas market in 2007 almost fully fledged. CEO Benjamin Lakatos was head of MOL’s gas contracts division at time when they were all long-term. This gave insights into the flexibility of the delivery terms such as volume, he told NGW in a January interview.

Being established in the early days of liberalisation, despite being within reach of Europe’s major pipeline intersections, MET was not able to profit much from the knowledge of the market’s workings until the advent of unbundling and the ability to secure capacity. 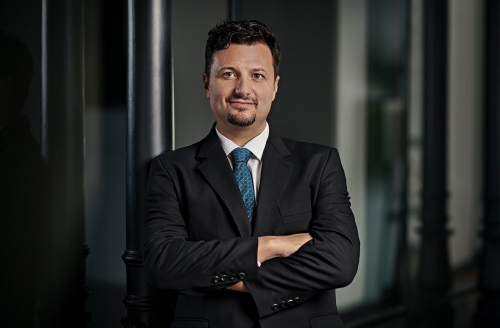 That brought with it shorter-term trading, coupled with more transparency and volatility, and these have presented the privately-owned company with challenges as well as opportunities.

Unbundling stimulated the development of liquid trading points. “From that point on, there were no more free lunches. It had been a very closed industry but then – almost overnight – trades were being marked to market and it became a financial business. My training was in finance while the gas industry in those days was peopled with nuclear scientists and engineers, who didn’t think much of banking. But I had learned a lot from them [about the gas industry] early on; while my training was very useful as the European gas market became more financial. So our – then unique – financial approach proved to be right.”

The [standardised] European Federation of Energy Traders (Efet) contracts allowed MET to monetise the optionality of its contracts, but Lakatos said that “more important is our approach, which is that of an integrated trader.”

MET late last year completed the acquisition of Gas-Union’s gas storage activities at four sites in Germany – Reckrod, Etzel, TGE and KGE – with a total working gas capacity of 3.4 TWh. The storage assets complement its existing wholesale positions and support the build-up of its sales activities to end consumers through its 100% subsidiary, MET Germany.

Salt-cavern storage facilities such as these allow very short cycling and so release more value for the operator: as well as seasonal spreads there are the weekend-working days spreads for example. Seasonal spreads are often auctioned on the basis of the difference between summer and winter gas prices, so-called intrinsic value. This had been very small until lately. But with much greater volatility in short periods of time, there is more profit to be made there.

“Storage was loss-making for five of the last seven years and the operating costs were more than the gains. But for the last two it has been profitable. We are not magicians but we think we can squeeze another five percentage points from the salt cavern facility we bought in Germany,” Lakatos said.

The acquisition follows last year’s three-year LNG capacity booking at Krk LNG that totals 1.3bn m³. The capacity will help MET supply its downstream gas markets; the terminal began importing this year with most of the capacity sold to Hungary.

Lakatos said: “Adria LNG plays an important role in the diversified supply picture of central and eastern Europe both physically and financially. As an integrated player, having Mediterranean LNG import positions as well as an end-customer portfolio in central and eastern Europe, MET is extremely well-positioned to make the most of what the terminal has to offer for the region.”

Will more gas infrastructure purchases follow? He is neutral, given the fast-shifting landscape, the galloping pace of the energy transition and the adjustment of outlooks to a low-carbon future.

“We are opportunistic asset buyers,” he said. “But we are more likely to buy physical assets where we have a trading position. There is money to be made from flexible operations, asset-based real option monetisation. Assets also need to be insulated from long-term risks. We do not rule out buying gas production and we are ready to look at the upstream, but it will need to be physically connected.”

Lakatos said MET was “reluctant to take long-term positions: volatility, and what the future can bring, have been underestimated and we are a small company. Big bets mean we can lose a lot. I would rather win less, than lose the whole group.

“I hope the gas industry will have ten more good years as a transition fuel, so this will be a time of midstream consolidation. It will be a painful process of maximising the synergies between trading and assets and I do not expect more major pipelines, storage facilities or combined-cycle gas turbines to be built in Europe, although the existing ones will be ramped up.”

At the start of the year the company announced the arrival of Klaus Reinisch as its head of European sales. With a knowledge of global markets learned at Malaysian state energy company Petronas as well as executive positions in energy companies in the Middle East and the US, he is also familiar with markets nearer home, such as Ukraine. He too believes in integration as no one part of the market is the only answer in the long-term.

“It is rare to meet someone whose views of the market are so closely aligned with mine. You begin to question your sanity when you hold views that nobody else does: you ask, which is right?

“Reinisch shares my approach to integration. He sees the one big picture where the value shifts back and forth over time. Sometimes the profit is in this part of the business, then in that part. The margins are always shifting: now sales are what make the margins, then storage, or again it might be the wholesalers. We cannot afford a single big hit.

“There is no fixed point in the value chain that always makes money: that is why I take an integrated approach and I like physical assets. To always buy low and sell high means being either very powerful or very smart and we are neither,” he said. MET’s presence in the whole value chain means that MET can shift its money around more easily.

As well as an integrated value chain stretching from assets to trade and supply, the company’s other major strength is “a consistent hiring policy that draws highly motivated staff, willing to go the extra mile, and to take responsibility early on,” he said. This explains MET’s move into renewables: the brightest people can see that is where the future lies, he said.

“It seems to be the fate of the gas industry to be another industry’s poor relation: for much of the time this was the oil industry. More recently it has become the power industry,” he said. And that is moving fast, to the point that long-term planning for gas is difficult.

“We need to be aware of technology: you never know what is coming next. Photovoltaic cells have been around for a few decades, but they have only been used in central and eastern Europe for three or five years. We jumped into that.”

Extrapolating from that, he asks, “Who knows what batteries will do to gas demand? So we look at shorter rather than longer term business strategies, but we do see gas has an important role in energy for the next decade.”

MET has one CCGT in Hungary but investing in more is problematic. In some countries such as Spain, asset prices have gone up too far, while there is a question-mark over gas. “The big question is whether gas-fired power plants will play a balancing role for renewable energy. It will for a time but then balancing technology will come along, and if it comes from outside the gas market this will be a tough time for the gas industry. Batteries, demand-side responses and hydrogen could all play a role,” he said.

The company has not got the heft for major research and development in this area. “We are thinking about hydrogen but we are not experts as far as the technology or the financials are concerned. We have no deep commercial understanding beyond the fact it is the one of the solutions for the gas industry’s future. It has had a lot of support in Germany and Italy but which fuel will prevail over the next 20 years? Reducing CO2 is important but the first 80% of the emissions are cheaper to remove – such as switching from coal – than the last 20%.”

Krk LNG will allow some arbitrage between pipeline gas and LNG supplies. He says Spain is an important LNG hub and Italy is important for pipelines too, being connected with all the major suppliers in North Africa, the Caspian and Russia. “We are active in Italy, gas with end-users and wholesalers. We have a Milan office,” he said.

MET is also too busy trading to engage in lobbying in Brussels, where the role of gas is much discussed. “We are a follower where the European Union’s energy strategy is concerned. We have not reached the size where we can influence it. We do not have an exit strategy. Over the next three years we can see where the industry is going. We have publicly said we do not exclude an IPO but as of today I am rather sceptical whether this is the right approach, we will see.”