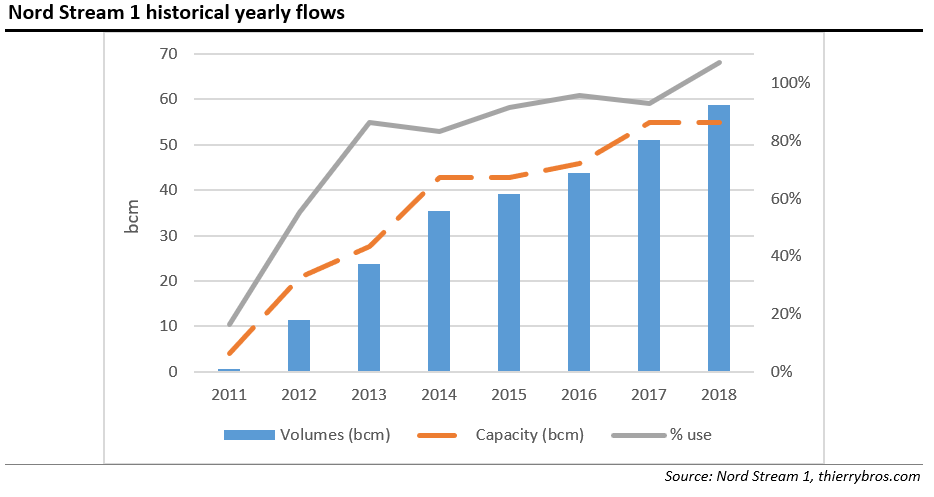 The capacity here takes into account the regulatory limit on OPAL’s use and the timing of the NEL construction, the two pipelines carrying Nord Stream gas in mainland Europe. But as the flows and capacity are measured in Russian bn m³, we have converted them into the EU standard. 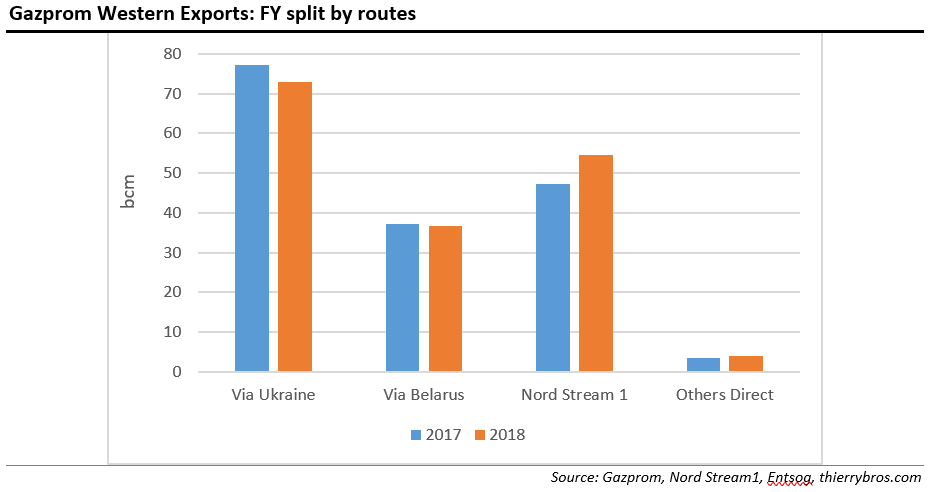 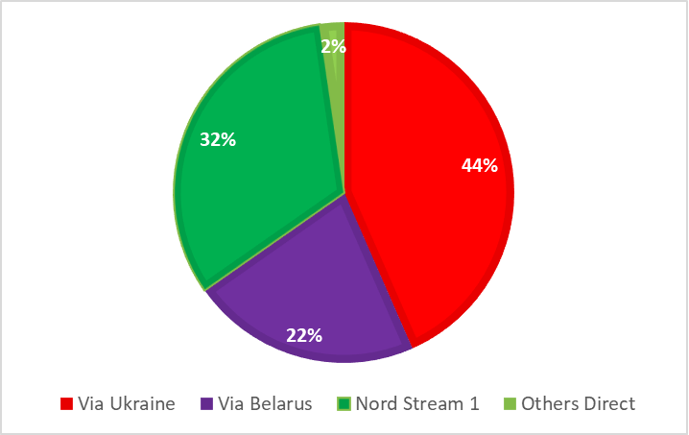 The percentages are calculated using: 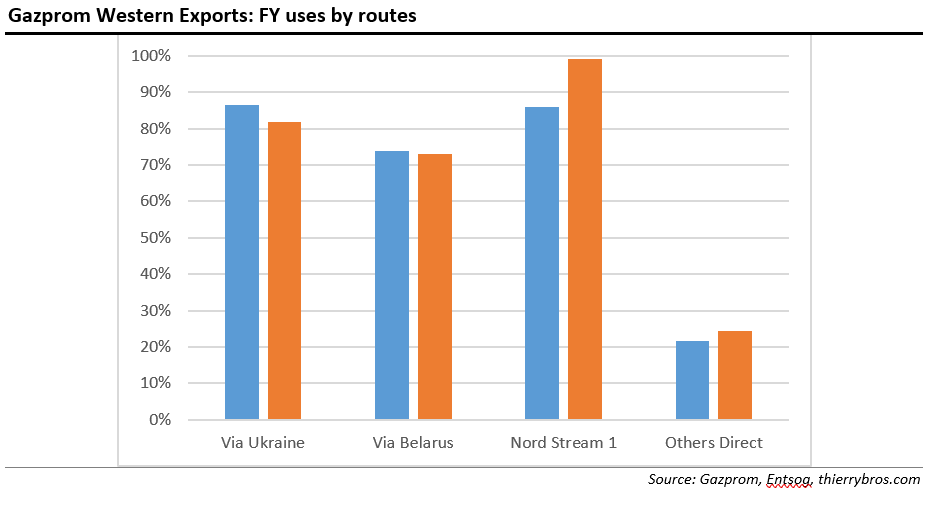 This very clearly shows that Gazprom, for economic purposes, is maximising the use of its own Nord Stream 1 (on baseload) at the expense of the Ukrainian transit (flexible). But with the Nord Stream 1 now fully used, Gazprom cannot increase further, in 2019, its direct flows through this pipe. So, 2019, should look similar in terms of uses for all routes except Ukraine that provides the flexibility. If Gazprom exports even more volumes in 2019 vs 2018, Ukraine flows, load factor and revenues will increase but if Gazprom exports less, Ukraine flows, load factor and revenues will decrease.

The major unknown is now about the future of the Ukrainian transit contract that expires December 31. On January 21, a trilateral ministerial meeting between EU, Russia and Ukraine was held in Brussels[2] on the future of gas transit via Ukraine post 2020, with the next ministerial meeting scheduled in May. But with Vice-President for Energy Union Maros Sefčovic on leave for campaigning at the Slovak presidential elections as of February 1, the probability of a transit deal to be signed in 2019 has further decreased…