Russian export monopoly Gazprom signed an agreement with Austrian energy company OMV extending contractual gas deliveries by 12 years, during a visit by Russian president Vladimir Putin to Vienna. Putin mentioned after the signing ceremony that gas deliveries to Austria will be extended until 2040.

OMV later confirmed that Putin alongside Austrian chancellor Sebastian Kurz witnessed June 5 the "signing of an agreement for the extension of natural gas supplies to Austria until 2040" by the CEOs of Gazprom and OMV "without which the existing gas supply contract would have run until 2028." No further details on volume or pricing were communicated in the OMV statement, and an OMV spokesperson declined at this stage to elaborate, when asked via email by NGW. He re-confirmed that last year Austria imported a record 9.1bn m³ from Russia.

“The agreement signed today is yet another testament to the growing need for gas imports both in Austria and Europe in general – the need that Gazprom is ready to satisfy. By implementing the construction project for the Nord Stream 2 gas pipeline, we will make gas deliveries even more reliable for the benefit of consumers,” said Gazprom CEO Alexei Miller.

OMV is among five companies providing financial support to the Gazprom-owned Nord Stream 2 project, despite a challenge from Poland's anti-trust authority.

His OMV counterpart Rainer Seele said: “By 2030 the European Union will have to import more than 80% of its demand for natural gas. With the extension of the gas supply contract, we are making an important contribution to the supply for Austria as well as for other European countries in the light of increasing demand. This will also enable us to reduce CO2 emissions.”

Austrian chancellor Kurz said his country hoped for an improvement in EU-Russia relations, and for progress in eastern Ukraine that could lead to a gradual reduction of sanctions against Russia.

Kurz noted that Austria is an “active member of the EU” which takes over the rotating six-month presidency from July 1. He thanked Putin for coming to Vienna. Austria was not involved in the recent withdrawal of some 60 diplomats a few months ago by EU and North American countries.

The visit is believed to be Putin’s first to a western European country in over a year and follows the 50th anniversary on June 1 of the first contract for delivery of Russian gas to Austria’s OMV in 1968. At that time, gas deliveries were made to Baumgarten, near the Austria-Slovakia border, and no re-sale was permitted.

Banner photo of Miller (left) and Seele, with Putin in the back row - along with the photo below of Putin (left) and Kurz - were taken by NGW during the Austrian chancellery's live June 5 broadcast of the signing ceremony. 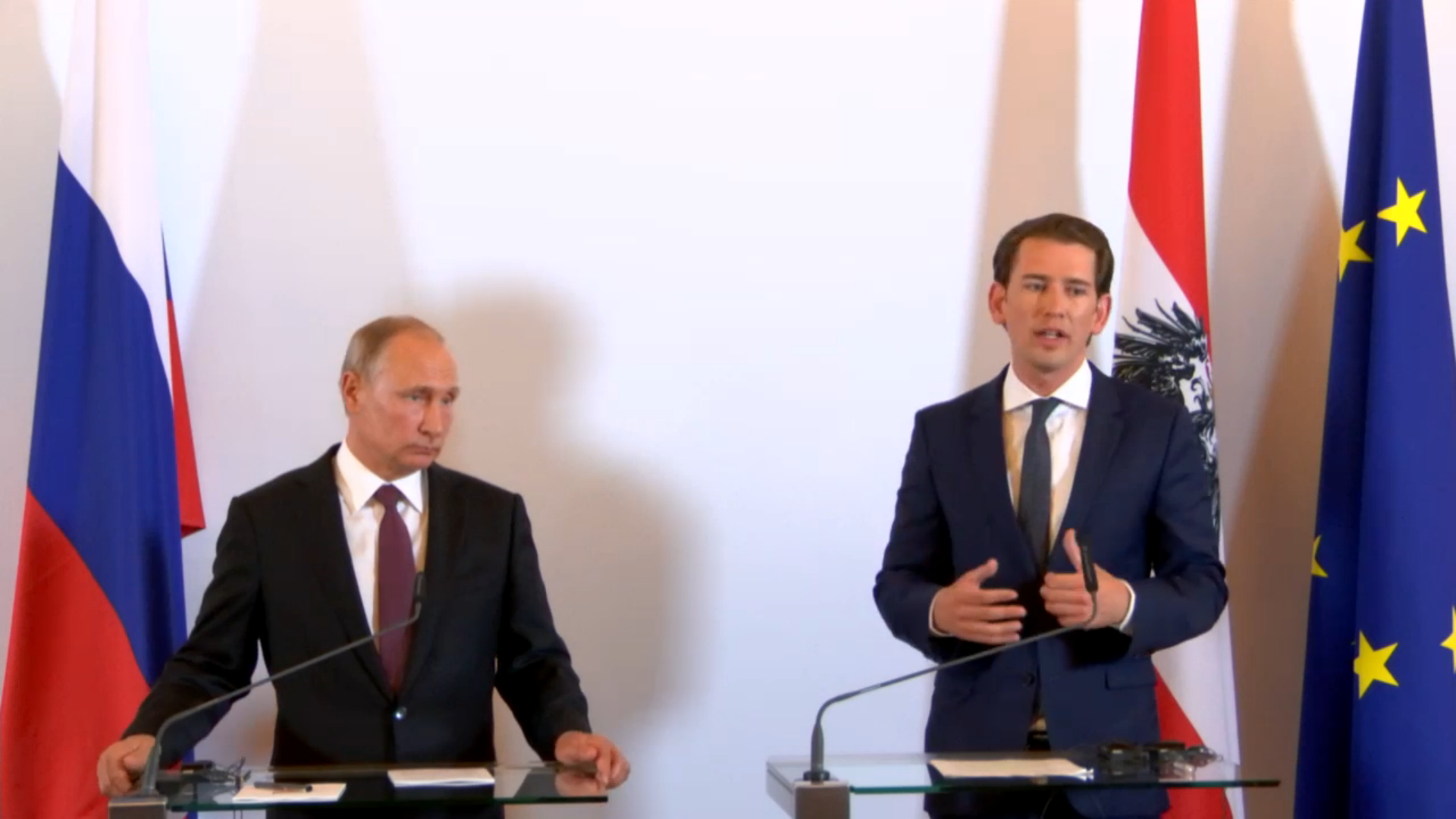