The EU’s revised Taxonomy Regulation entered into force in July 2020. But the European Commission (EC) has not yet taken a final decision on whether to include gas and nuclear. That decision is expected later this month or early in December.

The likely inclusion of gas and nuclear is meeting strong opposition from NGOs and green groups. A group of 129 NGOs published an open letter to Germany’s future chancellor candidate Olaf Scholz on November 15, urging for nuclear power and gas to be excluded from the regulation’s delegated acts. The delegated acts supplement the regulation by listing technologies that are classified as sustainable.

“We are extremely concerned by the announcement of the European Commission’s president, Ursula von der Leyen, to likely label both nuclear energy and fossil gas as sustainable in the context of the EU’s taxonomy,” they said in the letter.

According to media coverage, the letter said, it was the “absence of a strong German voice” against nuclear energy in the European Council summit in Brussels on October 21-22 that directly contributed to its inclusion. Germany, which will phase out its last nuclear reactors next year, has yet to form a coalition government following the federal elections on September 26 which saw the Socialist Democratic Party claim a narrow win.

“In your role as current finance minister and future chancellor, we call on you to swiftly and decisively confirm the German veto against labelling nuclear as a sustainable form of energy and highlight that the commission’s attempt to shape this discussion during the sensitive time of a new government being formed in Germany is not acceptable,” the letter added. 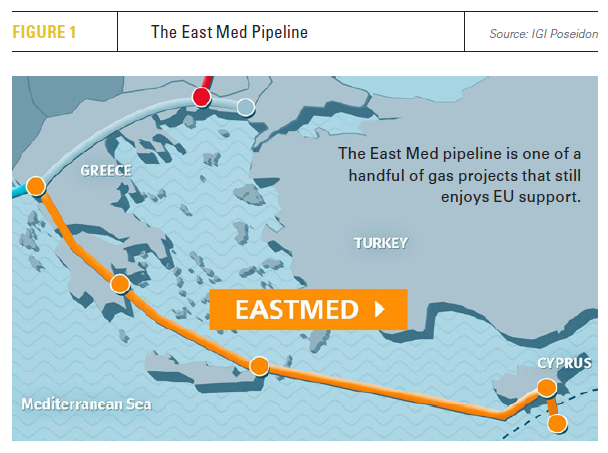 At a press conference after the council meeting, Von der Leyen sent a strong signal that both gas and nuclear would be part of the taxonomy package

Alongside renewables, Von der Leyen said, “we need a stable source, nuclear, and during the transition – of course – natural gas. And this is why – as we already stated in April – we will come forward with our taxonomy proposal.”

A leaked document sent to the EC in late October, whose source has not yet been confirmed, also pointed to the inclusion of gas and nuclear. According to the World Wildlife Fund (WWF), the document suggested that gas-fired plants emitting 340 g CO2/kWh on average could be classified as sustainable. This applies to plants commissioned by 2030. WWF said modern CCGT operate at 300 g CO2/kWh and have been mainstreamed in the market for more than a decade.

“Our early analysis finds that up to half of existing EU gas plants could be qualified as ‘green’ under the EU Taxonomy with such criteria,” WWF said.

So what is the big deal? Why does inclusion or exclusion on a ‘green list’ matter so much?

In the words of the EC, the taxonomy will “create a common language that investors can use when investing in projects and economic activities that have a substantial positive impact on the climate and the environment.”

Moreover, the EC says the taxonomy aims to provide incentives to investors to finance transition projects.

“By clearly defining what is green, the EU Taxonomy seeks to incentivise and encourage companies to launch new projects, or upgrade existing ones, to meet these criteria,” it says.

It is important to understand, however, that the taxonomy regulation is not binding on companies or investors. While it can guide market participants in their investment decisions, it does not prohibit investment in any project.

“There is no obligation for companies to be taxonomy-aligned and investors are free to choose what to invest in,” says the EC.

Yet investors will have a rulebook to follow, if they wish, which allows them to market their investments as green. This should make it easier to attract finance, for example to a project converting a coal-fired plant to run on natural gas.

“The classification as a sustainable investment has immense consequences: In the future, not only banks, insurance companies and other financial market players will base their investment decisions on this EU standard, but also small investors,” said Green MEPs Sven Giegold and Bas Eickhout, who are campaigning against the inclusion of gas and nuclear, in a recent statement.

The inclusion of gas in the taxonomy will likely be subject to a timestamp. In the longer term, gas-fired plants will likely need hydrogen blending or carbon capture technologies to be considered sustainable under the regulation. As for nuclear, some countries are phasing out their ageing plants anyway, Germany and Belgium among them, while other nations including Italy and Austria have banned them. But for some nations, such as France and Finland, new investments in nuclear power are key to reach decarbonisation goals.

While the EC’s support for gas is arguably not as strong as it once was, Brussels has not entirely withdrawn its backing of projects. The latest draft list of projects of common interest (PCIs) – which is updated every two years – includes some key gas projects, although the list has become increasingly dominated by electricity projects over the years. PCI projects benefit from fast-track regulatory approval and sometimes funding from the €5.84bn ($6.6bn) Connecting Europe Facility (CEF).

Among the most noteworthy gas projects on the list is the East Med pipeline which could bring gas from offshore Cyprus and Israel to Greece and Italy. The EU has backed this project for years, but there has been no breakthrough to date. However, the current high gas prices could help speed up the decision making. Other gas projects on the latest PCI include the Gdansk LNG terminal in Poland and a pipeline linking Malta to the European gas network via Italy.

The EC is expected to adopt the list later this month. It will then go to a vote in the European Parliament and Council by the end of the year, which can either outright approve or reject the PCI but not make changes to it.

“The commission is required to present the fifth list of projects of common interest (PCI) in a delegated act. We plan to adopt this act soon,” an EC spokesperson tells NGW. “The co-legislators have two months to decide whether to accept or object to the list. If within this timeframe neither the Parliament nor the Council rejects the list, it will enter into force.”