The European Commission said April 24 that its proposal to invest €22.1mn ($24mn) in seven studies to promote energy infrastructure had been approved by EU member states. Four of these studies, relating to LNG and gas, will receive €8.8mn of the funds.

The most significant is a project called ‘CYnergy’ to build Cyprus’s first natural gas distribution system, linked to "development of a LNG storage facility" on the island linked to the cities of Nicosia and Limassol but also envisaging LNG bunkering at ports. Led by a Greek consultancy called Ocean Finance, this will receive €4.48mn of EU funding, or 60% of the study’s €7.47mn cost. 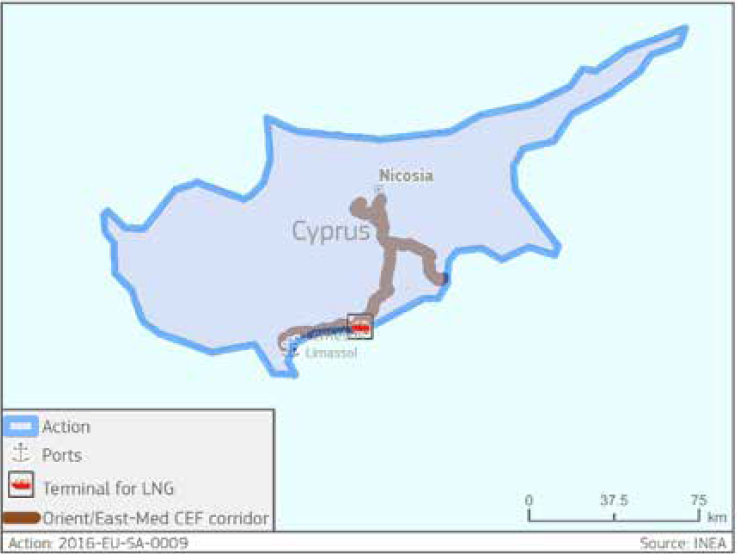 In the recent past, Cyprus decided against building a standalone LNG import and regasification plant at Vasilikos. This location marked on the map above in red. However the outline 'CYnergy' tender bid is not explicit on whether the envisaged 'LNG storage facility' is contingent on developing an liquefaction plant to export Cypriot and potentially Egyptian/Israeli gas, also suggested for Vasilikos.

The other three studies to be EU co-funded include one by Spanish Enagas’s Swedish subsidiary Swedegas, which will receive €2.6mn, or 60% of that  study’s €4.4mn cost, to bolster marine LNG bunkering at the Swedish port of Gothenburg. Separate but similar studies to promote LNG as a marine fuel will receive 60% EU funding: they are a €1m study by the Maltese prime minister’s office and a €1.75mn study led by Polish refiner Lotos based on the Polish Baltic port of Gdansk.

TurkStream back online after maintenance