Shale gas producer EQT Corp is embarking on an ambitious overhaul of its performance under new company leadership. The shake-up comes after activist investor brothers Toby and Derek Rice engaged in a nine-month proxy fight that culminated in them winning control of the company’s board. The brothers had sold their company, Rice Energy, to EQT in 2017 for $6.7bn, making the combined company the largest US producer. However, they subsequently accused the new entity of underperforming, and said this could be turned around under the leadership of a new board. 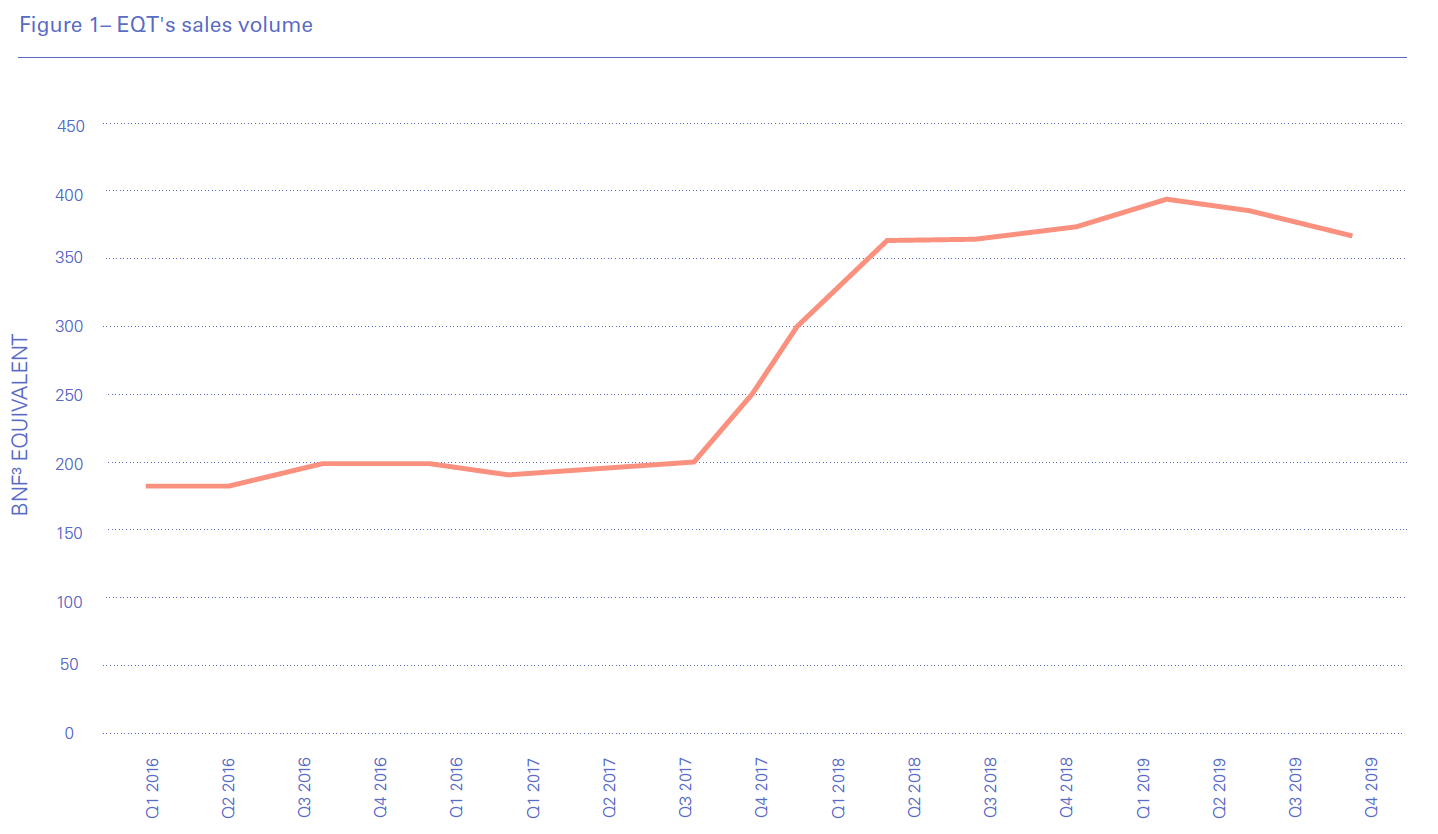 Indeed, EQT scaled back its production targets, while its share price fell from around $32 when the merger closed to about $14 in late July 2019. Former CEO Robert McNally was implementing a plan to turn the company’s performance around, but it was not enough to convince investors.

Activists rarely win board majorities through proxy contests, but the Rices, who own a combined 3% in EQT, secured the support of enough investors and shareholder advisory firms to do so. Their group’s nominees won seven seats on the 12-member board at the company’s annual meeting on July 10, with the other five members agreed on by both sides. All of the board members were elected with over 80% of the votes.

With Toby Rice installed as CEO after the annual meeting, EQT immediately set about implementing its new plan, with further details emerging during the company’s earnings call on July 25. If EQT succeeds in its stated goal of becoming the lowest-cost operator in its home ground, the Appalachian Basin, its strategy could prove valuable to other struggling shale players. The economics of US shale drilling have become increasingly shaky and a turnaround achieved by a leading producer would be welcomed by the industry. The company still has a long way to go, however.

EQT’s goal to turn company performance around centres on better development planning, with Toby Rice saying that this was where the producer had previously fallen short of expectations. “The new wells were squeezed onto pads with multiple existing producing wells,” he said on the earnings call, referring to a set of pads developed in the first half of 2019. “Our drilling team was forced to use complex well geometries to avoid wellbore collisions. The fractured rock down hole caused mud losses while drilling. And the poorly planned wellhead layouts required time-consuming rig manoeuvres between wells. These factors led to inefficient and costly operations.”

By contrast, in 2017, Rice Energy had planned a different type of development, known as “combo development”, which is being implemented by EQT now. Such developments involve more careful planning around the placing of horizontal wells, with Toby Rice using the example of 12 wells developed simultaneously from two adjacent pads. The company says the way combo developments are planned leads to increased drilling efficiency – 1,500 ft/day drilled compared with 1,000 ft/day under EQT’s previous strategy. The cost of drilling under the combo development model comes in at $200/ft, versus $325/ft previously. This puts the company within reach of its goal to bring down overall well costs to $735/ft, with drilling costs accounting for $190/ft of this. “With some additional leadership, improved engineering practices and the right pad layout, these cost goals are well within reach,” Rice said.

The company also said in an analyst presentation released together with its second-quarter earnings that curtailment issues are minimised under the combo development strategy. Meanwhile, wells perform at or above their type curve. This would also mark an improvement in performance compared to what EQT was previously achieving. Now, Rice and other EQT executives are calling for patience as they roll out the new approach.

“Master planning takes time, but we expect our schedule to be predominantly combo development-run by mid-2020, which will lead to a step change in well costs to $735/ft around that time,” Rice said. Ultimately, the company is aiming to have combo development account for over 80% of its drilling.

EQT has kicked off a 100-day plan, during which it will evaluate its drilling schedule more closely. After this, executives have said they will come back to investors with more detailed projections of EQT’s next steps. The company has set up an eight-member “evolution committee” to drive its transformation, with all members expected to be hired before the end of July.

An EQT spokesman told NGW that the company could not comment further on its plans beyond what has been said in the earnings call. However, he said the evolution committee was focused on executing the 100-day plan.

The plan could entail certain less economically attractive developments being removed from EQT’s drilling schedule. Such sub-optimal projects make up over 50% of the schedule for the next 12 months. In a note to clients, analysts at Credit Suisse welcomed this approach. “While this more rigorous capital allocation could bias production/capex lower in 1H20, the approach is sensible in today’s low price environment, and the end result should be accretive to FCF [free cash flow],” they wrote.

The company warned that with natural gas prices below $2.50/mn Btu, production growth would not be its priority. Indeed prices are anticipated to remain at this level into next year, suggesting that the company will be in no rush to step up drilling.

Credit Suisse said it had modestly reduced its projection for EQT’s 2020 drilling activity, and now forecasts a production decline of 2% for next year versus this year. The investment bank does anticipate “flattish” production in the final quarter of 2020 compared with the fourth quarter of 2019, however.

Another investment bank, Morgan Stanley, said in a note to clients that it was now assuming that EQT would have flat production growth up to 2023. However, this marks a turnaround in the longer term from its prior projections of slight growth in 2019 and 2020, followed by declines thereafter.

Views remain mixed on how successful EQT’s strategy will be. Earlier in July, prior to the company’s earnings call, Institute for Energy Economics and Financial Analysis (IEEFA) analysts warned in a note that the Rice brothers’ plan involved lowering costs while simultaneously launching “new, unproven, expensive technology, electric frack fleets”.

Others are more bullish, however, with Credit Suisse saying: “We continue to see EQT as one of the few idiosyncratic self-help stories in our coverage.” The bank also said it was more encouraged that the $735/ft well cost target was achievable with “properly planned projects” following the earnings call.

More clarity will be provided by EQT itself once the 100-day plan has been completed. The shale industry will be watching the company’s progress closely, in the hopes of emulating it if possible if EQT succeeds.