Claudio Descalzi is optimistic about Eni’s chances of selling a further stake in its Mozambique gasfield this year, he told the Financial Times in an interview July 8. Eni sold a 20% stake in Area 4 to China’s CNPC for $4.4bn in March 2013 when oil prices were high, but it has accepted that it will earn much less at current oil prices.

“In Mozambique I hope to be able to close by the end of this year,” the Eni CEO said. The importance of selling the stakes in Mozambique and Egypt's giant Zohr gas field has increased in recent weeks after the collapse of Eni’s talks to sell a stake in Versalis, its chemicals business that last year was starting to make money, to SK Capital, a US private equity fund. It wants to raise €7bn from disposals by 2019.

Eni has two integrated LNG projects in Mozambique: the offshore Area 4, where it is operator with 50%, which could produce 10mn mt/yr also using gas from Area 1 – operator Anadarko and Eni unitised the gas straddling the two blocks last November – and the smaller Coral field, which could produce 3.4mn mt/yr from a floating LNG terminal. The Coral final investment decision (FID) is expected in 2016, following the approval of all contracts and trade agreements by the Mozambican authorities and the project partners. The Mamba FID, in Area 4, is expected next year. 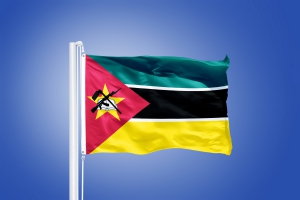