Russia unceremoniously ended more than three years of co-operation with Saudi Arabia on oil supply on March 6, prompting the kingdom to slash its export prices and even to announce plans to ramp up production.

The collapse of the Opec+ pact sent crude benchmarks into a tailspin when trading began the following week. The sudden oil market down-turn has coincided with a massive and growing over-supply in the gas market. The coronavirus (Covid-19) pandemic has followed a year of lacklustre demand in Asia and rising LNG supply. Oil companies of every size are revising their spending plans accordingly.

The media have presented Saudi Arabia and Russia as engaged in a price war. The kingdom may hope to bring Russia back to the negotiating table to enable further cuts next month, but this is naïve. Antipathy towards Opec+ co-operation has been steadily growing in Russia, especially at Rosneft, led by influential Kremlin ally Igor Sechin. Rosneft has shelved more greenfield projects because of Opec+ than its peers. 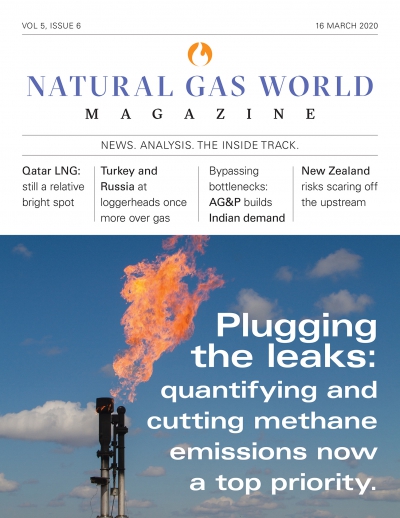 Russia secured a key concession from its Opec partners in December – condensate would now be exempt from its supply quotas. But even this was not enough to keep Moscow on board. When Saudi Arabia proposed extended and deeper cuts, Russia bolted.

Financially, Moscow can handle low oil prices better than Riyadh, so if the kingdom is expecting Russia to blink first, it is likely to be disappointed.

However, this conflict – the animosity between the two is not feigned – will bring benefits to both producers if it puts the squeeze on fast-growing US shale oil production. Moves by Saudi Arabia and Russia to ramp up production could take out US shale drillers who have long profited from the Opec+ pact to help make the US the world’s largest producer. Few of them will be able to operate profitably at today’s prices but as swing producers they can revive operations when the price signals come.

Normally, low oil prices would spur demand. But the spread of Covid-19 and the resulting decline in travel and industrial output will offset any increase. Gas markets will feel the full force of the oil down-turn, if it persists, when the drop in prices feeds through into oil-indexed supply contracts. These account for most of the global trade, protecting European majors from the collapse in spot prices. In the meantime, Covid-19 will continue to eat into gas demand directly.

Chinese containment measures since January have hit the country’s manufacturing sector hard. China’s state gas importers have responded – with so far uncertain success – by declaring force majeure (FM) on both LNG and piped gas supply contracts. Kazakhstan and Uzbekistan have both sold less gas to China this year as a result.

Russia, another pipeline supplier, has said it has not received an FM notice from China, but all the same it conveniently plans to shut down the Power of Siberia pipeline this month for routine maintenance, which is typically timed by suppliers to coincide with lulls in demand.

Chinese customs data show that imports increased by 2.8% yr/yr in the first two months of the year. For mature markets, this would represent a robust rate for growth. But Beijing is pushing hard to expand the role of gas in its energy mix at the expense of coal, in order to combat pollution in its cities. For comparison, its imports soared 27% yr/yr in January 2019, and 9% yr/yr the following month.

LNG supplies are more flexible and more directly affected by reduced industrial activity and have therefore borne the brunt of the slowdown in import growth.

Cancelled LNG shipments are also more significant for the global market. Pipeline suppliers to China will either use deferred gas supplies domestically or slash production. Deferred LNG will head to other markets instead, weighing down on international prices, now starting with $2.

Europe is in the full grip of the pandemic, with Italy having declared a lock-down and other badly affected countries France, Spain and Germany likely to take similar steps. The US is also struggling to check the virus’ spread – with a further huge impact on aviation fuel demand.

Covid-19 will result in significant losses in gas demand in the industrial sector. Consumption in the heat and power sector will likely fare better, but this sector is already under pressure from warm weather and high storage levels, especially in Europe. Highlighting the strain this has put on gas suppliers, OMV Rainer Seele told reporters last month he was praying for an ice blizzard to prop up prices.

Prolonged, bearish conditions in gas markets as a result of Covid-19 and Opec+’s collapse could lead to planned LNG export projects at the higher end of the cost spectrum being shelved – a number of US investments fall under this category.

Low prices are of course a boon to consumers, stimulating economic growth. And if they persist, this could spur on coal-to-gas switching in the power sector. They could also encourage governments and investors to look more closely at other uses for gas, including as a fuel for vehicles and ships. LNG bunkering is already growing in popularity.

Cheap gas could also encourage the research and development of so-called blue hydrogen, using cleaner methods such as methane pyrolysis, which produces solid carbon that can then be stored. This would help the gas industry secure its place in the low-carbon future, pushing back against calls for the phase-out of fossil fuels completely.

But the risk of the oil majors and speculators under-investing in more supply – to backfill declines and meet new demand at a similarly low price – cannot be ignored. Today’s feast could become tomorrow’s famine.