More than a third is CNPC's own share from the Bagtiyarlyk contract area, based on the production-sharing agreement, which produces about 50bn m³/yr.

The first three lines of Central Asia-China pipeline are operational with 65bn m3/yr transit capacity, while the inauguration of the fourth line (Turkmenistan-Uzbekistan-Tajikistan-Kyrgyzstan-China) is projected to add 15bn m3/yr by 2020. Of that, Turkmenistan would supply 65bn m³/yr and the rest would come from other central Asian countries.

Turkmenistan is focusing on the third phase of the Yoloten, Osman, Yashlar and Minara gas fields, which started at the same time as the inauguration ceremony of Turkmenistan-Afghanistan-Pakistan-India (Tapi) pipeline in December 2015. Development of the first and second phase of the projects started in 2013 and 2014 respectively.

Turkmenistan produces about 10bn m3/yr of gas from this block. The first two phases will bring the volume up to 60bn m3/yr and the third phase will bring production to plateau at 93-95bn m3/yr in 2020s.

UK reservoir engineers Gaffney, Cline & Associates believe that another four phases may be carved out of the field, each one capable of 30bn m3/yr.

Turkmenistan has targeted national production at 230bn m3/yr in 2030, of which 180bn m3/yr is planned to be exported. State Turkmengaz is developing 30 other gas fields as well. Turkmenistan has tens of mid/downstream gas projects as well, which need about $30bn investment.

One of them is the Turkmenistan-Afghanistan-Pakistan-India (Tapi) line, costing $10bn, and of which Turkmenistan has 85%, equal to 30% of the country's national budget. Recently Ashgabat invited Saudi Arabia and Japan to purchase shares in the scheme which is meant to transit 31bn m3/yr of Turkmen gas to Afghanistan, Pakistan and India by 2020.

The Turkmen oil ministry announced May 24 that the head of the European Bank for Reconstruction and Development, Sumomo Chakrabarti, had held talks with the president of Turkmenistan, Gurbanguly Berdimuhamedov. The. EBRD has participated in financing of 53 Turkmen projects, the report said.

Azerbaijan also announced on May 23 that it is negotiating with Turkmenistan to transit between 5 and 30bn m3/yr of its gas through the Southern Gas Corridor.

Another central Asian state, Uzbekistan, commissioned the $4bn Ustyurt gas chemical complex on May 21. Ustyurt Gas Chemical Complex is designed to process 4.5bn m³/yr of raw gas to produce 4bn m³/yr of marketable gas as well as 400,000 metric tons (mt) of polyethylene, 100,000 mt of polypropylene, and 100,000 mt of pyrolized petroleum.

A month after Russia promised to invest $12bn in Uzbekistan's oil and gas sector, Maros Sefcovic, the European Commission Vice President for Energy Union, told the international exhibition Uzbekistan Oil & Gas 2016 in Tashkent on May 19, 2016 that funding might be available for upstream development from the European Union, such as the European Investment Bank.

Russian privately held energy company Lukoil also signed an amendment to its production-sharing agreement (PSA) to develop the Kandym group of fields and Khauzak, Shady and Kungrad areas in Uzbekistan. Most of Uzbekistan’s pipeline gas goes to China, however. 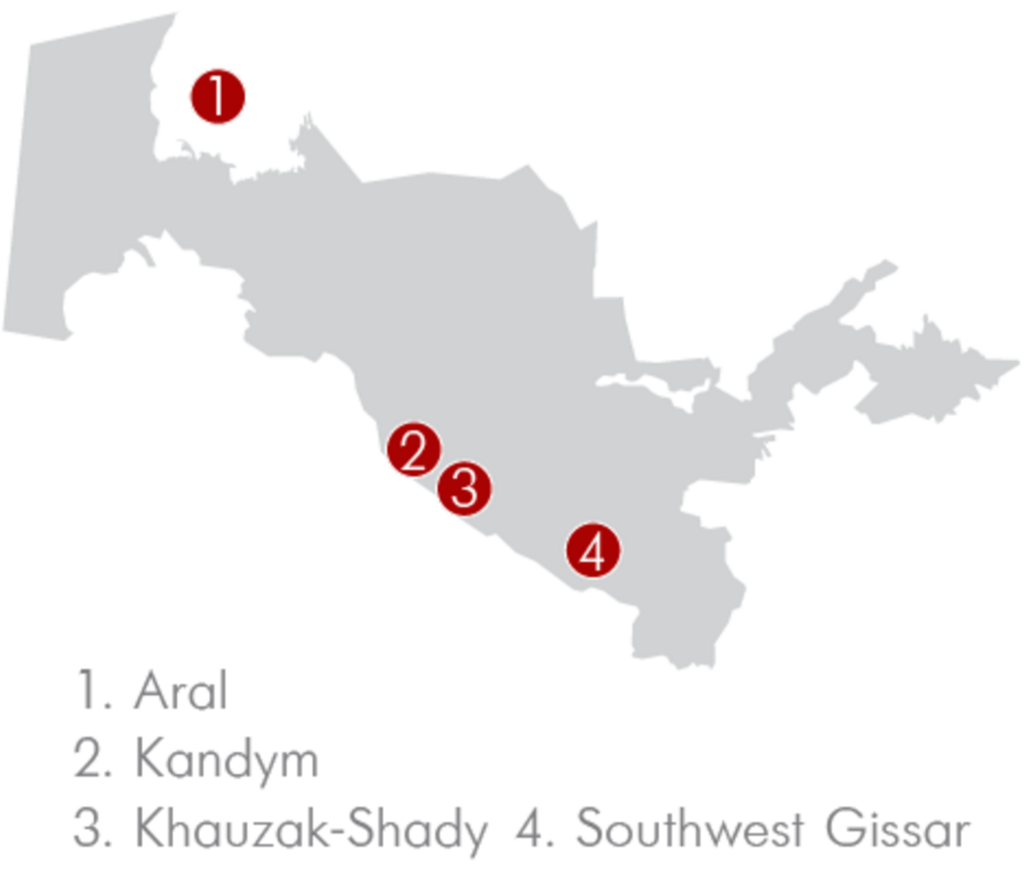 On the western shore of the Caspian Sea, UK operator BP, which is developing major oil and gas fields in Azeri part of the Caspian sea, has signed a memorandum of understanding to jointly explore potential prospects in the North Absheron basin.

BP released a report on May 24 that the Caspian Sea Shah Deniz project continues to provide reliable deliveries of gas to markets and that the consortium is making progress with the full field development known as Shah Deniz stage 2. In all, the consortium spent about $928mn on Shah Deniz in the first quarter, most of which was associated with stage 2. Operating expenditure for Shah Deniz was around $116mn, BP said.

Azerbaijan plans to export 16bn m3/yr of SD2 gas to Turkey and EU by 2021. Georgia hopes to receive 1bn m³/yr as a fee for transiting Azerbaijani Shah Deniz gas across its territory through the Southern Gas Corridor (SGC), Georgia's premier Georgii Kvirikashvili said.