Can Nord Stream 2 pipeline still be completed despite US sanctions? [GGP]

Nord Stream 2, which was originally scheduled to start delivering gas from Russia to Western Europe toward the end of 2019, is almost completed. Of a total of 2,360 kilometers (1,466 miles), 2,200 kilometers of the pipeline have been laid.

But work came to a standstill in December, following a US sanctions law, which exerted enormous pressure on pipe-laying company Allseas, headquartered in Switzerland. The firm decided to withdraw its specialized ships from the project.

German Left party MP Klaus Ernst, who heads the parliamentary Economic Committee, knows how much pressure had been exerted, citing letters that two US senators had sent to Allseas' CEO last December.

The policymakers threatened to freeze all assets of Allseas in the US, stop all of its transactions through US banks and withdraw the visas of all employees, should the company not stop its involvement in Nord Stream 2. 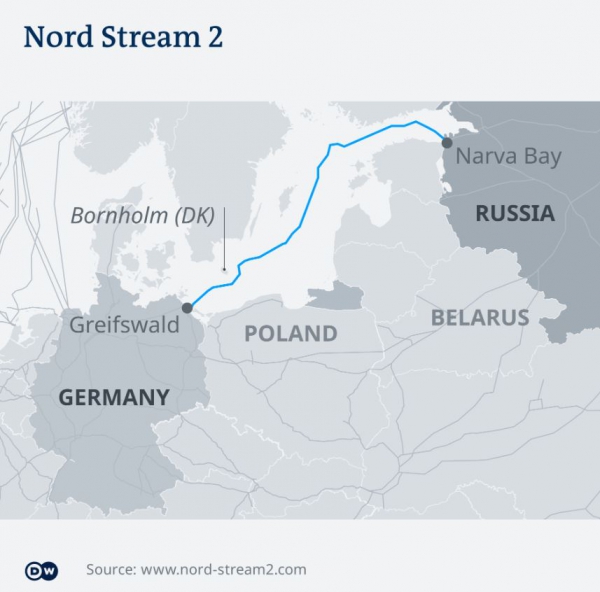 The power of extraterritorial sanctions

Allseas was also told to not even think about exploiting a 1-month period of transition mentioned in the US sanctions bill. The letters said Allseas would destroy its own market value and jeopardize its survival, should it try and complete the job within 30 days.

With Allseas' ships withdrawn, there are plans now to complete Nord Stream 2 with the help of two Russian specialized vessels. The US administration wants to prevent that with its Protecting Europe's Security Clarification Act. A draft of the act has been making the rounds for a week now and has the support of both Republicans and Democrats.

The act is to be implemented retroactively from December 2019 and thus fit in seamlessly with the sanctions already in place since then.

Targeted against all and sundry

In the future, US sanctions are to target everyone who's still involved in the Nord Stream 2 project, including all companies and persons contributing to equipping the pipe-laying ships, as well as IT service firms, insurance companies and certifiers, says Michael Harms, who heads the German Committee on Eastern European Economic Relations.

Even authorities could find themselves on the firing line. "Administrative measures taken by state authorities are also planned to be sanctioned," says Klaus Ernst, "such as approval procedures for new pipe-laying ships." This would take sanctions to a new level, he adds, and speaks of a direct assault on Europe's legal system and Germany's and other EU nations' sovereignty. 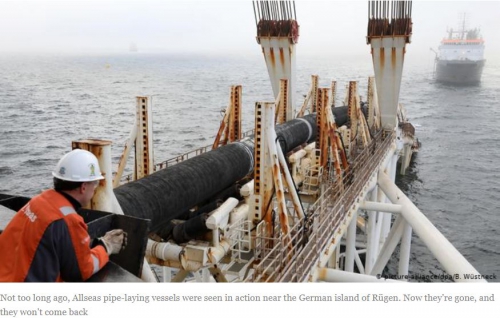 Officials, who are supposed to give the green light to something that's in line with German and EU laws, will now also have to think about possible US sanctions against them including travel bans, Ernst notes.

Could the act still be stopped?

Harms gets really angry when he thinks about it and demands the German government do everything in its power to prevent the new sanctions. He thinks the acting US ambassador to Germany should be summoned over this and be told that the new sanctions threat is perceived as unfriendly behavior. The Left party's Ernst even wants the European Commission to get involved.

Although the pipeline in question leads from Russia to Germany, four other nations — all of them EU members — are co-financing the project, as the gas is also to be supplied to the Czech Republic and many other European countries — hence the demand for the European Commission to get involved in the spat.

Ernst insists that the responsible EU commissioners and German Economy Minister Peter Altmaier go to Washington "to unambiguously communicate the German and wider European position on Nord Stream 2." The politician wouldn't even rule out sanctions on US gas or direct sanctions against US policymakers as a last resort.

For his part, Harms doesn't want to escalate matters this way and rejects countersanctions while seeing eye to eye with Ernst's political agenda. However, he doesn't believe that the US administration will cave in and wants the German government and the European Commission to provide a financial rescue package for the project.

Harms says this could be a strong signal to Washington that sanctions will not be crowned by success. He's also called for legal support for the companies affected by US sanctions.

Both Ernst and Harms agree that an expansion of extraterritorial sanctions as practiced by the US have ushered in a new phase in already strained US-German relations. "We must not bow to the pressure," says Ernst.

Harms says he was in the US a couple of times for talks before the coronavirus pandemic broke out. He understood from what he'd heard that the US resolve to nix Nord Stream 2 can by no means be attributed only to its plan to sell its own liquefied natural gas to Europe.

"There's a bipartisan wish to punish Russia because of its meddling with US elections and other things," Harms said. Nevertheless, he added, Americans would have to be reminded time and again that when they pursue their foreign policy objectives, they should not harm their own allies overseas.

U.S. Sanctions on Iran: Is Natural Gas Next? [GGP]