At the start of the new gas year on October 1,  market signals from Asia and Europe suggest that after some false starts, this winter will see US LNG arriving in northwest Europe in some volume. This would afford some relief to holders of import capacity, as they finally see an end to their interminable impairments. Higher throughput into the networks will also keep the gas transmission system operators happy, even as they plan for a lower-carbon, higher-hydrogen future.

It might not be the cheap LNG that a few years ago had been expected to end up in Europe by default: the imagined oversupply has been mopped up by China, among others. Demand from that part of the world has pushed LNG spot prices for winter delivery to near parity with Brent crude oil-linked contracts, so the deliveries will mean Europe is giving netbacks as good as the deep-pocketed Asian buyers, the latter being protected commercially from upstream price shocks by captive markets downstream.

But more significantly, the sight of tankers regularly docking alongside the terminals along the North Sea coast – this winter could be another very cold one, some forecasters say – could well stiffen the resolve of traders to book capacity. US project operators are busy drumming up business, primarily on the Gulf coast, as prerequisites for positive final investment decisions this year or early next.  Higher carbon prices in Europe would also make gas more attractive than it already is, and that could also see a resumption of the dash for gas in the coming few years.

The Chinese tariffs on US LNG may well be a distant memory by the time these plants come into action – Tellurian, yet to take final investment decision, nevertheless had posters outside Gastech’s Barcelona venue promising first LNG by 2023  – but they remind traders of market risk and the advisability of not relying solely on the spot market for supplies. One such, Vitol, locked in an annual contract to buy US LNG from the already-operating Sabine Pass mid-September, telling NGW it had no specific buyer in mind.

The tariff is more a statement of intent: initially lower than the expected 25% and with Henry Hub prices stable and low, it will create inconvenience and add costs. US cargoes may be swapped out for cargoes from other exporting countries, introducing middle-men. But as LNG is not yet colour-coded, in this world of reloads and ship-to-ship transfers, its country of origin cannot be determined. As panellists at Gastech seemed to agree, China, likely to be the world’s biggest LNG importer, will not want to make life difficult for the US, grasping for the crown now held by Qatar, the world’s biggest exporter.

Since the tariff was announced, the supply outlook has changed once more: Qatar is planning to build a fourth mega-train and a further ramp-up in output of the world’s cheapest LNG may be expected around 2023. So far there has been no announcement of newbuild Q-Flex or Q-Max tankers, but the smooth operation of the fleet so far has justified the engineers’ bold decision to break out of the conventional size of tanker, still unequalled.

As well as its domestic production, Qatar Petroleum has, along with partner ExxonMobil, a brownfield site in the US that it could turn into an export terminal: the final investment decision for Golden Pass is expected this year. Depending on how they market the output – using long-term offtake contracts with traders and other competitors, or fitting it into their own sales portfolio and enjoying the extra flexibility a location in the US confers – this could be their first foray into free-on-board pricing with no oil link, which will become a little commoner as US LNG projects come on stream.

This tilt towards market mechanisms will no doubt boost the growing regulatory pressure towards freer contracts, as FOB sales with Henry Hub or similar pricing become more common. The G7 summit in Rome in 2017 concluded that relaxing destination clauses and allowing greater flexibility generally in long-term contracts were something the industry should focus on.

Talks between the European Commission and the Japanese Fair Trade Commission (FTC) regarding restrictions on redelivery are said to be progressing well. The EC is probing the long-term contracts on which Qatar sold LNG to customers in Europe that included a ban on resales to other markets, to see if these clauses might have hindered the flow of gas across Europe.

However, a lawyer told NGW that the FTC goes further than the EC in its support for resales of cargoes in long-term contracts: it tries to understand the behaviour of the LNG seller as well as the results, he said. And the EC is moving closer to the FTC’s position on this.

Although lawyers doubt if a complete, standard contract is actually achievable, a model contract would at least create efficiencies in controversial areas, such as agreeing the basis for profit-sharing on cargo diversions if bans on redelivery could not be enforced at the outset. “That would be a provision we could build a model contract around which would help to lower the barriers to market entry,” a lawyer said.

Free trade, and lots of it, is what the gas market needs if it is to compete with coal for power-generation and with renewables and other cheap energy sources in the future. The brownfield US LNG import developments, now becoming export terminals, are witness to the industry’s failure to see what is coming.

NGW Magazine Volume 3, Issue 18 is available only to Premium Subscribers. 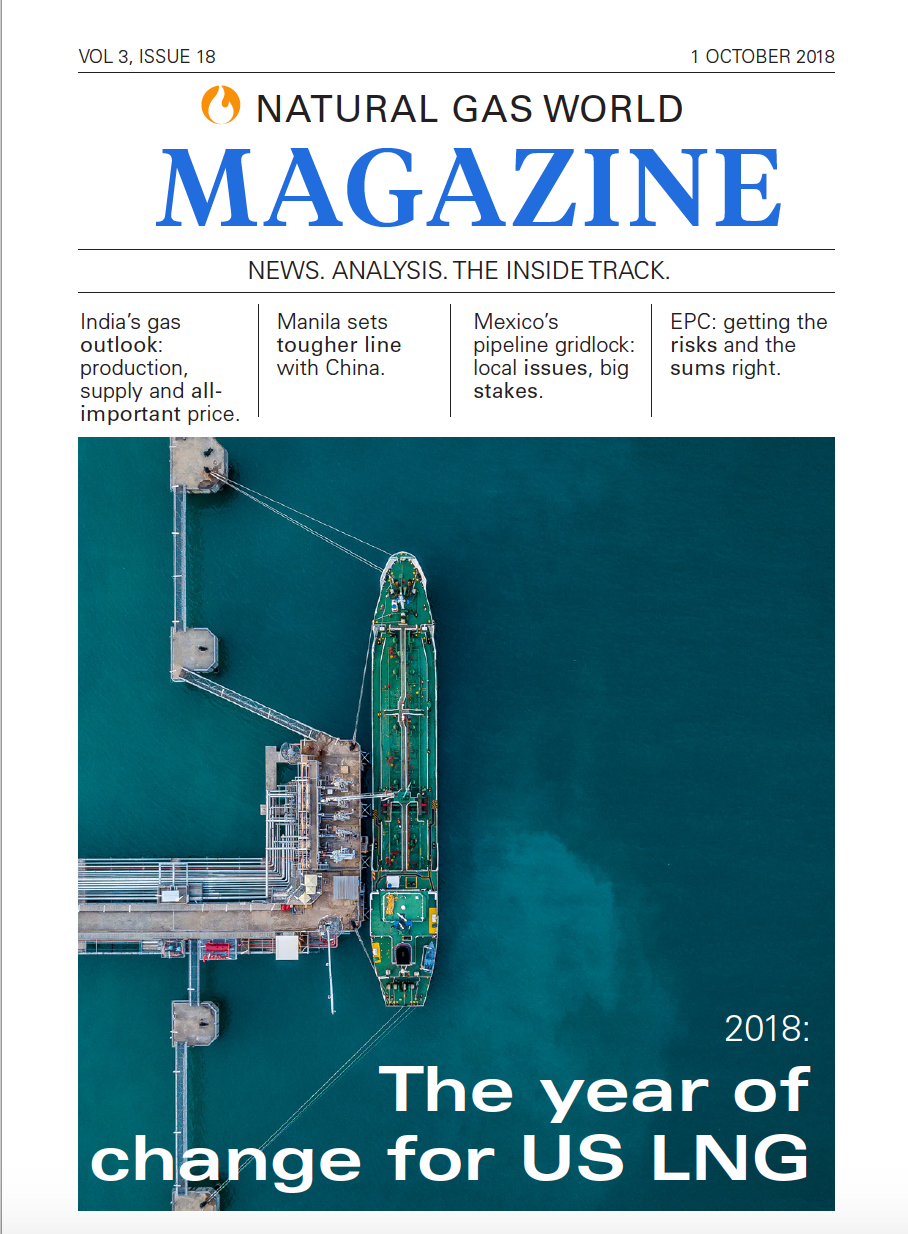