Weekly Overview: All Change in Turkey

Last week's political upheaval in Turkey has sent shockwaves far beyond its borders. Europe’s gas industry was affected, if not physically, particularly as the massive exercise of presidential power comes so soon after Recep Erdogan extended the olive branch to Russia and Israel. With parliament sidelined for three months by the state of emergency declared July 20, he will be free to agree deals with foreign governments, and rule by decree at home.

Russia’s Turkish Stream project, last year held up by parliament, might be reviewed once more, although sellers to Turkey might want to see signs of long-term stability and good prospects of economic prosperity before embarking concretely on their side of the bargain: investing in upstream development and multi-billion dollar pipeline construction operations. Gas is a long-term business and the omens are not auspicious now, especially given Turkey's past record of over-promising on gas demand forecasts.

The long-term nature of gas was highlighted again this week by an acrimonious dispute between two of Europe’s biggest gas companies: GasTerra, the Shell-Exxon-Dutch state-owned marketer; and Eni, another company partly state-owned.

The Italian company demanded through arbitration a lower price for the period 2012-15, which would have gained it €2bn, GasTerra apparently met it half-way “for invoicing purposes” from 2012, but last June the arbitration court dismissed the claim, leaving GasTerra free to claim the missing $981mn.

Since Eni did not recognise the decision, it did so by legally helping itself to assets of an equivalent value held by Dutch-registered Eni International. No further details were forthcoming but Eni’s announcement apparently caught GasTerra unawares: its own statement, which provided a few more details, came out the day after Eni's on July 21.

Eni said the decision would have no impact on first half results, and has rejected GasTerra’s request for payment, seeking good faith discussions to agree on the extent of the 2012 price revision.

The case demonstrates the risks of using oil indexation – for most of that period, oil was above $100/barrel, while gas demand was in the doldrums. On the other hand, considering the rent Eni has earned in Italy from an illiquid and generally uncompetitive gas market over the years, the outcome is not so bad after all. The deal follows another recent award to the seller, when Lithuania challenged the monopoly, Gazprom and lost.

The first cargoes of LNG were due to sail through the extended Panama Canal this month, deliveries coming from the US (July 25) and from Trinidad (July 26). Bloomberg reported the first was carried by Shell, the second by BP, and the Panama Canal company’s media organisation confirmed this. The two westward journeys reflect higher netbacks available in Asia and west-coast Latin America.

Narrow summer-winter spreads and an oversupplied market make Europe especially unattractive in summer, although the storage facilities at the under-used terminals might offer some respite. In fact, beyond the isolated markets of Spain and Portugal, most of the continent is in easy reach of Russian gas, which is exported by a quasi-political entity that is chasing revenues with even greater urgency than usual as its own currency is so weak. On the other hand, peak gas demand is looking promising this year for sellers, given the problems with the giant Rough storage facility in the UK – one of Europe's largest – and the reduction in swing output from the Dutch Groningen field.

The first strike in almost 30 years is still due to go ahead next week, as Shell’s contractor, Wood, faced a mutiny by Unite staff. The routine summer maintenance programme is now expected to require alternative workforce, and Shell reportedly has been testing the water for non-unionised engineers but not recruited anyone so far. The strike is not expected to trigger a significant cut in gas production from the seven platforms employing Unite staff: Curlew, Nelson, Shearwater, Gannet, Brent Alpha, Bravo and Charlie. At time of press, talks were continuing between Wood Group and the union. Shell said its priority was the safe operation of its assets.

Back on dry land, the UK energy market is coming under scrutiny from the House of Lords, the country’s own repository of democratic deficit. 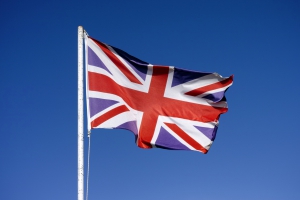 Having a few years ago probed the glacial state of play in the upstream shale gas business, it is now turning its attentions to the downstream, and inviting experts to provide their commentary on the failures and successes, but mostly the failures. The wording of the press release indicates that they mean business:

"In the committee’s report into the economic impact on UK energy policy of shale gas and oil in May 2014, we concluded that there had been a lack of clarity and consistency in energy policy over many years. This failure of policy had left the UK dangerously close to lacking sufficient electricity generating capacity. Over two years later, little has changed. Coal power stations are being closed and old nuclear stations are coming towards the end of their life. But it is not clear how they will replaced and at what cost," the lords say in their opening salvo.

Posing the question “Has UK energy policy led to market failures?” the committee is inviting comments by the end of September, by which time it is possible that the long-awaited decision by the French led consortium to build the 3.2-GW Hinkley Point power station, will be known. That is generally perceived – outside government, at least – as a colossal transfer of value from UK taxpayers to their French counterparts and an example of the obstacles in the way of free-market, gas-fired merchant plant.

Not however on the agenda for discussion is the precautionary principle underlying the plans to decarbonise as far as possible the UK’s energy business. It says: "The government’s commitment to reducing carbon emissions is taken as given so the inquiry will not consider arguments about the science behind climate change."