Uzbekistan has been a major natural gas producer for many decades. And while some of its largest fields are now past their prime, the country still holds some 1.2 trillion m3 in proven reserves, according to BP’s latest Statistical Review of World Energy. The government is eager to capitalise more on this resource, by implementing reforms and attracting more foreign investment to maximise gas recovery.

The Central Asian state produces around 60bn m3 of gas each year, ranking it as one of the of 20 global gas producers. Around a quarter of this gas is exported, primarily to China, while the rest is consumed domestically. Though Uzbekistan’s basins are mature, new investors continue to enter the country, and a number of new projects are in the pipeline.

The largest of these developments is 25 Years of Independence (M25), a sour gas field in the country’s southern Surkhandarya region. It is being developed by a group of investors with the participation of Russian entrepreneur Andrey Filatov and Uzbek state corporation Uzbekneftegaz (UNG).

M25, discovered in 1975, is Uzbekistan’s largest undeveloped gas field with some 150bn m3 in proven and probable reserves. The plan is to build a 5bn m3/year gas processing gas complex, scheduled to start commercial operations in 2025. The project will have a 35-year operating life, helping sustain Uzbek gas production for decades to come. 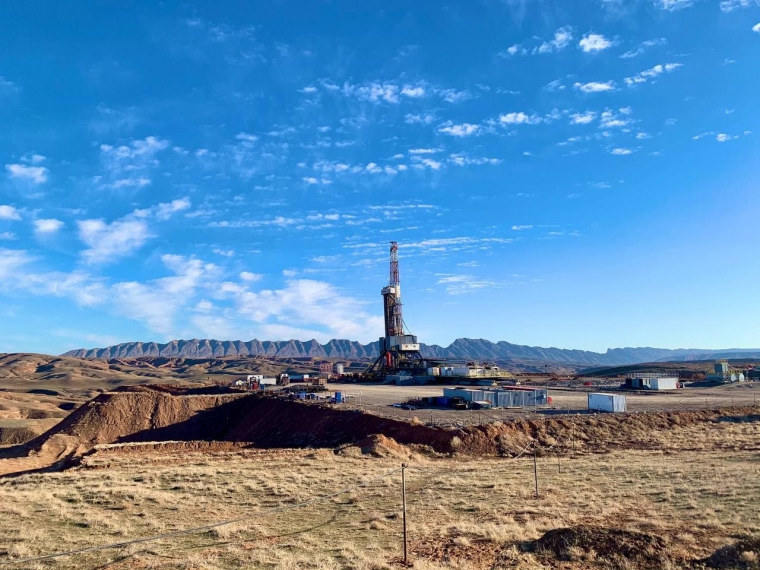 A key contractor at the field is international oilfield services group ERIELL, which has secured a contract to drill 38 wells and has already completed nine. The company discusses with NGW the challenges that M25 presents.

Not only does its gas contain large quantities of carbon dioxide and hydrogen sulphide, but the field’s geological properties and characteristics are heterogeneous and it is located in a mountainous region.

“This project is very important for us due to the field’s uniqueness,” project leader Zafar Mustafaev tells NGW. “It differs from other high-pressure, high-temperature reservoirs in the productive horizons of Jurassic deposits. Its gas contains harmful impurities and then there is its geological structure – the layers of one field can have a depth difference of up to 500 metres.”

“The project’s implementation is therefore good experience for ERIELL and will be a powerful impetus for implementing other complex projects,” the manager said.

ERIELL is deploying technologies to drill M25’s wells that have never been used in Uzbekistan before, in order to fast-track development and reduce costs.

ERIELL was established in 2004 and has established leading positions in the drilling markets of Russia, Central and South Asia and the Middle East. In Uzbekistan, it has been involved in several important state initiatives to boost oil and gas production.

“ERIELL has come a long way to become one of the largest independent service companies in the Eurasian space, successfully operating in the extractive industry of Uzbekistan and a number of other countries in the world,” Bakhrambek Ismailov, head of ERIELL’s regional business unit for Central Asia, says. “The use of modern oilfield service technologies in combination with the high professionalism of its personnel gives ERIELL the status of one of the leaders in the industry.”

“Our partners include the best known flagship oil and gas businesses, and partnership with these would be a credit to any company. Underlying our activities is the principle of continuous development,” ERIELL chairman Bakhtiyor Fazilov adds. “It is precisely due to the work of the top professionals in our team, who share their knowledge with their more junior colleagues, and also to the expansion of the range of our services and the application of state of the art science and technology, that our company today is among the sector's leaders.”

Uzbekistan, Central Asia’s most populous state and one of the fastest-growing economies in the CIS region, has undertaken reforms in recent years to boost its investment appeal. The country brought in $4.2bn in foreign investment last year, with the largest proportion going to its oil and gas industry. Uzbek President Shavkat Mirziyoyev, who came to power in late 2016, has called for a growth in oil and gas production to help satisfy domestic energy needs.

The dominant players in Uzbekistan’s upstream sector are state-owned Uzbekneftegaz (UNG), Russia’s Lukoil and China’s CNPC. But the government has sought to bring on board other partners for new oil and gas projects. Recent examples include South Korea’s KNOC, which in 2018 signed up to explore the Dehkanabad and Tashkurgan blocks in Uzbekistan. The following year, Russia’s Tatneft signed a production-sharing contract for the Pritashkentski exploration block, and BP and Azerbaijan’s SOCAR signed a joint study agreement to evaluate the Aral Sea, Samsko-Kobsulak and Baiterek blocks in the North Ustyurt basin.

The government has introduced a modern legal framework for geological exploration, as well as risk-service contracts (RSCs) to boost recovery at low-yield producing fields. Under RSCs, the partners do not receive rights to resources but are instead paid baseline and incremental fees for the services they provide to enhance production, typically based on how much extra oil and gas is yielded.

UNG is also undergoing restructuring, resulting in the creation of independent companies Uztransgaz and Khududgaztaminot to manage its gas transmission and distribution systems respectively. The government has also transferred UNG’s responsibilities for exploration and attracting investors to the State Committee for Geology (Goskomgeology). Mirziyoyev issued a presidential decree in October last year that could also see Uzbekneftegaz along with a number of other state-owned companies partly privatised. The programme aims to boost these companies’ efficiency, accelerating Uzbekistan’s transition to a market economy.