The US is seeking inroads into the European gas sector, mostly targeting countries whose dominant supplier is Russia. It is following a two-pronged strategy. On the one hand, it wants to create opportunities for its own LNG by forging new partnerships with countries and supporting infrastructure projects. On the other, it has attempted to thwart Russia’s rival Nord Stream 2 (NS 2) project.

US LNG shipments first arrived in Europe four years ago, but took some time to ramp up. A turning point was last year, when supplies reached a record 18.3bn m3, up from only 3.7bn m3 in the previous year, according to Eurostat statistics. This growth was significant, but should not be overstated.

The US held only a 3.3% share of the European gas market. LNG supplies from across the world flooded the continent last year, owing to weaker price premiums in Asia. Qatari shipments rose 37.8% yr/yr to 32.1bn m3, accounting for 5.7% of the market, while Russia also shipped more LNG to the market than the US, with deliveries more than tripling to 20.5bn m3, equal to 3.7% of European consumption. Russian piped gas meanwhile held a 36% market share. Despite the stiffer competition, they fell only 1.4% yr/yr, to 199bn m3.

Still, overall US LNG exports are set to continue growing, by 30% this year alone, the International Energy Agency (IEA) predicted in January. In the longer term, Washington is eager to ensure that this extra supply has a home. And if it can do so while also undermining Russian influence in Europe, so much the better.

One market, many opportunities

This helps recent US promises of support for new European gas infrastructure. At the end of January, the United States Energy Association (USEA) signed a memorandum with 11 countries in central and eastern Europe (CEE) to develop the region’s gas network. The signatories are all members of the US-backed Partnership for Development of Natural Gas Networks in Eastern Europe, whose explicit goal is “facilitating the creation of a regional gas market with potential for US deliveries.” 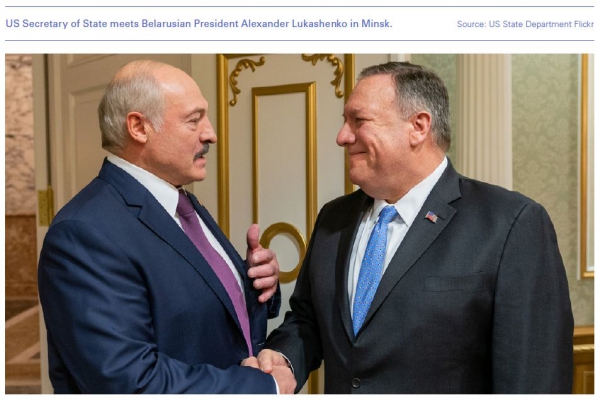 US Secretary of State Mike Pompeo then announced at a security conference in Munich on February 15 that the US would invest $1bn in the Three Seas Initiative, which aims to develop infrastructure in the CEE region to counter Russian economic influence. Gas is a key focus of the initiative.

“Our aim is quite simple: it is to galvanise private sector investment in the energy sector to protect freedom and democracy around the world,” he said.

Pompeo said the funds would come from the US International Development Finance Corp (IDRC), with support from the US Congress. But details of how and when the funds will be dispensed have not been revealed.

The US logic is that the more interconnected the European gas market is, the greater opportunities for US LNG exporters. In contrast, Russia has traditionally used the isolation of countries’ gas grids to its advantage.

Recipients are likely to welcome this US funding, as and when it materialises, especially as the EU looks to phase out its own financing of gas projects because of climate concerns. But while many of these countries want to improve their security by establishing alternative sources of supply, they also want cheap energy.

The current cost of Russian piped gas in Europe is $3.7/mn Btu, according to Rystad Energy figures provided to NGW. US LNG meanwhile costs $4.1/mn Btu, although the gap is narrowing as Henry Hub prices fall. Novatek’s Yamal LNG project in the Russian Arctic also has an edge over its US competitors.

“It is almost absurd that they think they’re going to sell cheaper gas than the Russians,” Sova Capital senior analyst Mitch Jennings told NGW. “This may work for countries like Poland which are paying a premium for gas from Qatar but are happy to do this, but not for many.”

While Jennings said Washington was committed to expanding US LNG exports to Europe, he dismissed Pompeo’s $1bn pledge as a “headline.”

“Just remember that there is an election coming soon,” he told NGW. “They are serious about selling their LNG to Europe, but they are looking at markets that would not be my first choice,” he continued. “They should be getting Germany to build something quicker.”

Germany has several LNG import projects in the pipeline, but none of them are expected online earlier than 2023.

Among the more far-fetched prospects, US energy officials were in the Montenegrin port of Bar earlier this month to discuss developing a terminal for US LNG. Montenegro lacks a gas grid. Nearby Bosnia was also visited: it does have a pipeline network.

Pompeo was also in Belarus. He promised the former Soviet state, currently locked in an energy dispute with Russia, all the oil and gas it needs. For US LNG to even reach Belarus, it would first need to be regasified at terminals in Poland or Lithuania. Extra investment in infrastructure would then be needed to transport the gas to Belarus, whose pipeline network is designed to flow only a small annual volume from east to west.

And in any case, this gas could not compete with the discounted Russian supplies that Belarus receives.

In the same speech in Munich, Pompeo took aim at Russia’s 55bn m³/yr NS 2 gas pipeline to Germany. Washington has been keen to frame its opposition to the pipeline as political, rather than commercial. 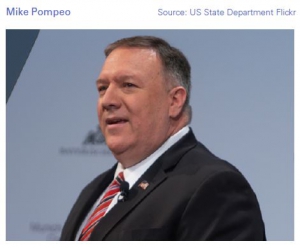 In late December Swiss contractor Allseas was forced to halt work by US sanctions, with only 160 km of the pipeline left to complete. Unable to use foreign contractors, Russia’s best chance for finishing the projects on its own appears to be a Gazprom-owned pipelaying vessel called Akademik Cherskiy. The ship recently left the Far East bound for the Asia-Pacific, just after Gazprom selected an unidentified contractor to equip it with welding and other technological equipment. While the Russian government has referred to Akademik Cherskiy as an option for NS 2, state procurement documents claim the purpose of the upgrades is to prepare the vessel for work off the Far East. Gazprom has declined to answer questions from NGW regarding the pipeline’s completion.

Russia now expects NS 2 to be ready to operate in either late 2020 or early 2021. The first 27.5bn m3/yr string of the Eugal pipeline in Germany that will receive its gas was declared ready on January 1 2020, and the second is due online at the start of 2021. But completing construction work is not the issue.

“It’s not going to happen,” he told NGW. “Because Gazprom complains that doing so would hurt the budget; there is no movement in the government on this.”

The rationale behind Gazprom’s monopoly is that Russian gas should not compete with Russian gas overseas, as this would drive down the price and therefore reduce Russia’s economic benefit. Gazprom has pointed to rising competition in Europe with Novatek LNG supplies as an example, even though they largely compete in different markets: Gazprom cannot pipe gas to the Iberian peninsula for example, which relies heavily on LNG.

Gazprom could “get creative” in order to get around the legislation, for example by auctioning off NS 2’s capacity in contests where conditions would make it difficult for other agents to actually participate.

“But the EU might argue that this is not in the spirit of the law,” Jennings said.

“They could solve a lot of the problems with NS 2 by just letting Rosneft or Novatek sell a small amount of gas through there, but they won’t,” Jennings said.

Thierry Bros, associate at Energy Project, Harvard University, believes Gazprom’s only option will be a compromise deal with the European Commission.

“The German regulator will try any trick to help NS 2, but the solution needs to be approved by the EU Commission and any member state could be in a position to appeal if it were not happy with the final decision,” he told NGW. “I believe the threat is real and only a political bargain, i.e. between [Russian president Vladimir] Putin and [EC president Ursula] von der Leyen, can solve this.”

“My guess has always been that the solution would be to get only one line from NS 2 operating and the second one to be idled for at least five years,” he said. By that time, the European gas market might well be paying enough to make exports valuable.