Kpler analysts expect volumes to dip slightly in August, as several trains have been offline for maintenance during this month, with the 22.5mn mt/yr Sabine Pass LNG  terminal reduced to 66% of production capacity. 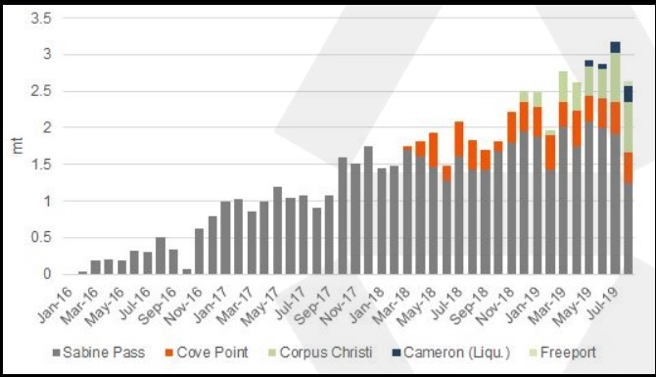 According to statistics released by the Energy Information Administration (EIA) on August 19, natural gas deliveries to US facilities that export LNG set a monthly record in July 2019, averaging 6bn f3/day (5bn m3/month) or 7% of total US dry natural gas production.

The report says pipe gas deliveries to Mexico and to LNG export terminals reached 10.9bn f3/day in July and averaged 10bn f3/day in the first seven months of this year, 30% more than in the same period of 2018.