Engineering firm Bechtel confirmed on June 20 that it has been chosen as the contractor for PTT Global Chemical’s proposed ethane cracker in Ohio. The Thai company still needs to make a final investment decision (FID) on the project, which is estimated to cost between $6bn and $10bn, but the news of Bechtel’s selection appears to be a significant step forward in the process.

It comes amid a wave of ethane cracking capacity expansion, primarily on the Gulf Coast. More recently, developers have also started to turn their attention to the northeast of the US, with Anglo-Dutch Shell sanctioning its Pennsylvania Petrochemicals Complex in 2016. Indeed, Bechtel is also the contractor for Shell’s facility, which is comprised of  an ethane cracker and three polyethylene derivatives units. 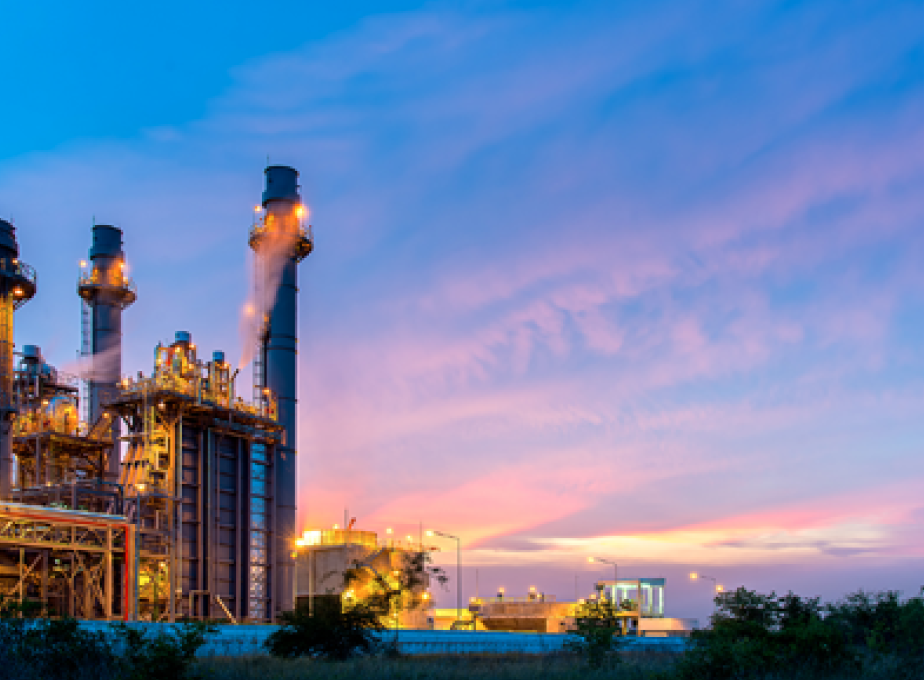 Speaking at the Northeast Petrochemical Exhibition and Conference, the SVP of Bechtel’s unit in Pennsylvania, Paul Marsden, said his company was working with Samsung on PTT’s project. The agreement between Bechtel and PTT had been reached earlier this year, he added. The Thai firm’s PTTGC America subsidiary had not responded to NGW’s queries by press time.

The planned cracker is expected to have  a capacity of 1.5mn metric tons (mt)/yr of ethylene and its derivatives. This will make it similar in scale to Shell’s facility, which is being built to produce 1.6mn mt/yr of polyethylene. Shell has not announced an expected start-up date beyond saying it will be early next decade. Its cost has been estimated by analysts to reach about $6bn. Shell representatives  were not immediately available to respond to NGW’s queries about the timeline and cost of the project.

Shell’s decision to proceed with the Pennsylvania Petrochemicals Complex — the first such major project outside the Gulf Coast region — was hailed as a game-changer at the time by the energy industry and state officials alike. The Appalachian Basin, which holds the booming Marcellus and Utica plays, is the lead-ing shale gas production region in the country.

The US Energy Information Administration (EIA) has forecast that output from Appalachia will hit 32.4bn ft³/d in July, and will keep grow-ing beyond that. A corresponding rise in ethane and other natural gas liquids (NGLs) found in the gas mix is also expected.

The northeastern US also accounts for a major proportion of US polyethylene demand, and the industry hopes to tap into abundant local ethane supply to meet this demand. This would give industry players an alternative outlet to shipping the ethane to the Gulf Coast; overseas; or rejecting it into the natural gas stream. 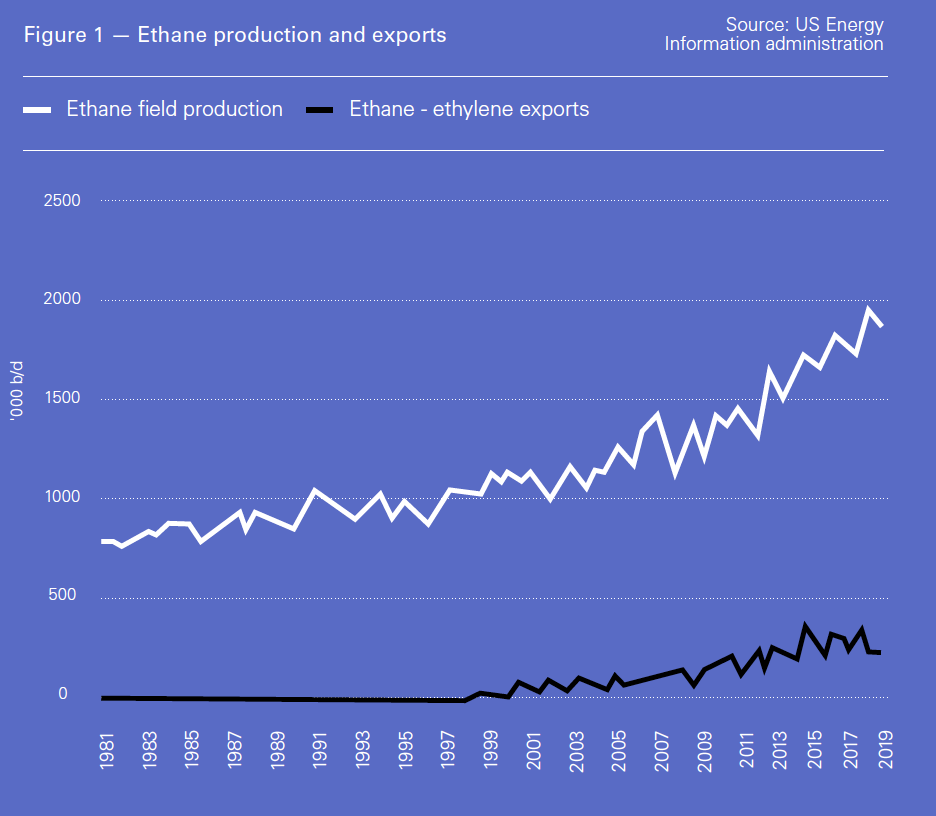 But building new cracking capacity in the region comes with more cost and risk com-pared with the Gulf Coast, which benefits from a wealth of existing infrastructure and more established markets.

This makes it easier to build smaller facilities — standalone crackers, or polyethylene plants — on the Gulf Coast. In the northeast, however, developers would probably have to follow Shell’s lead and build both a cracker and derivatives units, an industry economist at the EIA Office of Petroleum, Natural Gas  & Biofuels Analysis, Warren Wilczewski, told NGW.

“That’s a much higher hurdle in terms of capital expenditure,” he said. “But at the same time it’s a different ethane market.” He noted there is only one ethane pipeline between the northeast and Gulf Coast markets, which is reportedly flowing at full capacity, with no room to move any additional supply between the two regions. Supplying feedstock to local cracker facilities, however, could allow the ethane to be priced against the northeast natural gas market rather than the Gulf Coast  ethane market. “Depending on your assumptions, that may be an economic proposition that you’re willing to accept,” he said. “The expectations are that it’ll pay dividends over the long term in terms of a more advantageous feedstock cost relative to the large market on the Gulf Coast.”

Wilczewski said this was the bet Shell is making with its petrochemical complex, with the super-major pricing its ethane against natural gas, adding that Westlake Chemical is also buying ethane from the northeast at gas-indexed prices.

“Based on EIA’s expectations for natural gas production in the northeast, and the fact that there is such a dearth of infrastructure connecting northeastern liquids production with Gulf Coast demand, there’s a high likelihood that companies that are looking at the Appalachian Basin will be able to count on having a cost-advantaged feedstock for the foreseeable future,” he said.

Other petrochemical producers may follow Shell — and PTT if it goes ahead with its project as expected — in building new ethane cracker capacity in the northeast over the coming years. IHS Markit forecast in 2017 that after taking the demand from Shell’s cracker into account, the projected ethane output from the Marcellus and Utica shales would be enough to support up to four additional “world-scale” crackers. But this figure is based on assumptions about what constitutes a world-scale facility, and also depends on other factors such as how much new pipeline capacity will be built to carry ethane out of the region rather than allowing it to be available locally.

Wilczewski said that in the EIA’s view, neither Shell nor PTT would have any trouble securing local feedstock supply for their projects. “Once you go to three or four plants, it’s possible to have that much ethane in the  region, but then you require some kind of a storage cushion,” he added. “It’s very difficult to count on the continuing alignment between the demand for feedstock from the crackers and the supply of the feedstock from the  gas plants,” he said, given the possibility of gas plant outages or scheduled maintenance causing disruptions.

This will add to the upfront costs and challenges of developing extensive ethane cracking capacity in the northeast. But as Shell’s project starts up and construction potentially begins on PTT’s facility, and as gas and NGL production continues to rise, it appears likely that more developers will flock to the region. And this will probably accelerate if the first movers in the region successfully demonstrate the cost advantage of using local feedstock.