Ukranian reserves amounted to 7.74 billion cubic meters (bcm) as of March 22, compared to the next highest levels of 7.15 bcm in Germany and 6 bcm in Italy.

Naftogaz CEO Andriy Kobolyev commented: "Ukraine got through the winter heating season despite confrontation with Russia. We managed to significantly diversify our sources of imported gas by developing European partnerships, thus reducing our dependence on Russian imports from 92% in 2013 to approximately 30% this winter."

"Gas reserves in Ukrainian storages are now 11% higher than at this time last year. We are continuing to demonstrate that Ukraine is an efficient and fully reliable transit partner. We appreciate the ongoing assistance of the European Commission in both facilitating our negotiations with Russia and supporting Ukraine’s gas market reforms and integration with the EU gas market” continued Kobolyev. 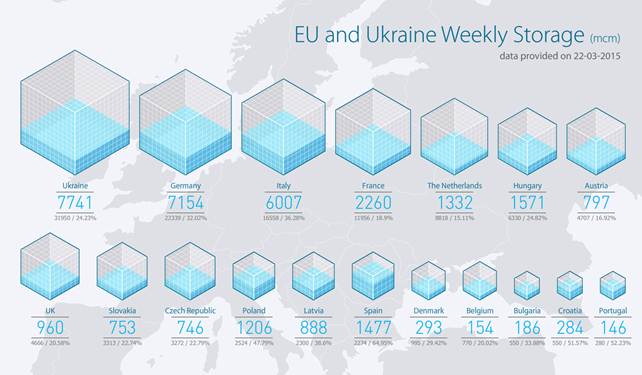