A well-functioning carbon market will be key to achieving emissions reductions, not at least in the power sector, to support the energy transition towards more renewables with gas as a supporting fuel at least in the medium term. A robust carbon price under the UK emissions trading scheme (ETS) should continue to favour gas over coal in power, as has been the case with the EU ETS and the UK carbon floor price. Government data released December 22 showed that gas-fired power generation increased by 6% year-on-year in the third quarter of 2020, accounting for over 40% of total power generation. The share of coal was less than 1% in the quarter.

The UK government said in its energy White Paper December 14 that it will launch its own cap-and-trade ETS next year when the UK leaves the EU. This is welcome news for the stakeholders in the energy industry which had feared the government would introduce a carbon tax instead. Energy UK, which represents utilities and others, said however that the smaller scale of the UK ETS “brings challenges – so we continue to believe it should establish a link with the EU ETS as soon as possible.”

Yet few details have been revealed about the UK ETS. What we know so far is that it will apply to energy intensive industries, the power generation sector and aviation and possibly be extended to other sectors in the future. Polluters in Northern Ireland will remain part of the EU ETS.

Auctions for the UK ETS will begin on the Intercontinental Exchange-operated commodity trading platform “no later than” Q2 2021, according to the government. However, details such as the share of free allocation of allowances have not been revealed. When, how and if it will be linked up with the EU ETS is another concern. The trade agreement between the UK and the EU could help speed up this process. Nevertheless, it is worth remembering that it took seven years to link up the EU and Swiss carbon markets.

The UK ETS will have a £15 ($20)/metric ton (mt) auction reserve price which is a minimum price for which allowances can be sold at auctions. Bids below this price will not be successful at auction, the government says. Given the current price though and the need for a price twice as high again as that, if carbon capture and storage and other technologies are to take off, such bids are an unlikely prospect.

One issue is that it will be a much smaller market than the EU ETS. Building trust in the market in order to attract a high number of buyers and sellers could take time.

“The UK ETS will be a near-identical copy of the EU ETS. However, there is significant risk of price spikes in the early months, and potentially years, of the scheme caused by low liquidity in the much smaller system,” Redshaw Advisors said in a research note. 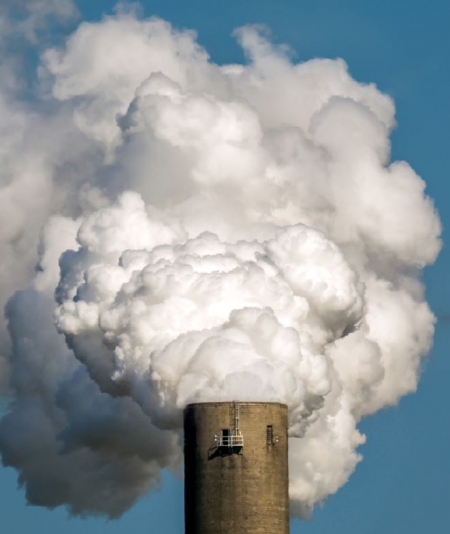 Ambitious, but how ambitious?

The government says the UK ETS will be more ambitious than the EU ETS. It will set a cap on allowances at 5% less than the UK’s current share in the ETS. By 2024, the cap on allowances will be in line with the net-zero 2050 goal, it says. However, the EU is making changes to its ETS to align the cap on allowances with its revised 2030 target. The EU has also put in place a market stability reserve (MSR) which effectively takes allowances out of the market if the number of allowances in circulation exceeds certain thresholds.

Nevertheless, the UK will be keen to safeguard its reputation as an ambitious nation on climate and a leader on market-bases solutions. The government will want to have a well-functioning carbon market in place by the UN’s COP 26 summit in Glasgow in November.

If successful from a climate perspective, the UK ETS will help complete the phase-out of coal by 2025 the latest but could also put less efficient combined-cycle gas turbines (CCGT) under financial pressure.

The future profitability of CCGTs in the UK will depend on a number of factors, not at least the movement in gas prices. But there is still investor appetite for gas-fired assets in the UK, particularly those with very high efficiencies.

Dutch trading company Vitol recently bought four CCGTs from Drax Power totalling 3.3. GW of installed capacity in a transaction worth around £193mn. These plants are Blackburn Mill in Lancashire, Damhead Creek in Kent, Rye House in Hertfordshire and Shoreham in West Sussex. Vitol also acquired the option to build a second, 1.8-GW CCGT at Damhead Creek. Drax said the power plants – which it bought from Scottish Power in 2018 – were profitable but did not fit in with the company’s strategy to become carbon negative by 2030.

In the UK, gas-fired power plants can also secure capacity payments via auctions, often with a duration of several years, and this was key to Vitol’s acquisition as it inherited those contracts.

Nuclear power is a low-carbon technology that would benefit from higher CO2 prices. However, with the exception of Sizewell B and Hinkley Point C, the latter which is under construction and expected to be completed in the mid-2020s, all of the existing nuclear power plants are due to retire by the end of 2030, according to the White Paper. The installed nuclear power capacity in the UK is now about 9 GW.

The closures of nuclear power plants in Britain should leave some room for gas. However, the government has said it will support nuclear new build, including small and advanced modular reactors, which could reach pilot stage by the early 2030s.

Moreover, EDF has plans for new reactors in the UK this decade, including the 3.2-GW Sizewell C nuclear project in Suffolk and the 2.2-GW Bradwell-on-Sea in Essex. Sizewell C now appears to have support from the government after other projects such as Japanese Hitachi’s 2.9-GW Wylfa Newydd nuclear power plant in north Wales and the 2.9-GW Oldbury C plant near Bristol, England were recently shelved. These stranded projects followed Toshiba’s decision to abandon the 3.8-GW Moorside nuclear project in Cumbria in November 2018.

In Europe, albeit more recently than in the UK, profit margins for coal plants have been bleeding owing to lower gas prices and higher carbon prices under the reformed ETS. Carbon prices are trading above €30 ($36)/mt despite the economic downturn and the Covid-19 pandemic. Market participants anticipate that fewer allowances will be available in the coming years due to market reforms. The trade deal between the EU and UK should also lend support to prices as the deal is seen as supportive for economic growth.

Although gas faces a great deal of uncertainty, there is plenty to play for over the next 10-15 years. In much of eastern Europe and Greece, coal looks set to be partly replaced by gas as wind and solar cannot do the job alone.

National networks regulator Bundesnetzagentur said December 1 that it had accepted a total of 11 bids from operators of coal-fired plants with a combined capacity of around 4.8 GW that are expected to close in 2021. The next auction round is expected to begin January 4.

European gas storage in a global market [Gas in Transition]

World Bank leaves LNG out in the cold [Gas in Transition]