Turkmenistan’s reported decision to cut gas supplies to Iran highlights two massive issues: the country’s lack of hard cash and the problems of a landlocked producer trying to sell its gas in a buyer’s market.

On December 31, Iran’s state-owned media reported a last-minute agreement had been reached under which Turkmenistan would continue to supply gas to Iran for at least another five years. On January 2, Iran reported that Ashgabat had cut the flow of gas in the middle of a particularly harsh winter in the northern regions of Iran served by gas imported from Turkmenistan.

The Iranian reports said the cut-off was accompanied by a demand that Tehran pay up some $2bn in debts accumulated as a result of Turkmen supplies to Iran during the previously hard winter of 2007-8.

The lack of Turkmen accounts and explanations of Turkmenistan’s actions over the last few days makes it hard to assess exactly why Ashgabat should have resorted to such a drastic action, which the Iranians will consider to be blackmail, less than 24 hours after a new supply agreement was supposed to come into effect.

But it is a reasonable assumption that the key factor is a critical shortage of hard cash required to meet the country’s import bills, notably from Turkey, the euro area and Japan, which accounted for almost half of Turkmenistan’s total $2.1bn import bill in the 12-month period to the end of June 2016. Significantly the value of imports from China, to which Turkmenistan exports the bulk of its gas, have fallen steadily in the last year or so.

Underlying this is the problem that Turkmenistan is a landlocked producer operating in a buyer’s market, with zero ability to play one customer off against another. Ashgabat appears to be gambling that a take-it-or-leave it approach will prompt Tehran to agree to pay at least some of the back debt – and it is important to note that Iranian reports have acknowledged that the country does owe Turkmenistan cash, though it questions just how much is owed.

A few days earlier, before National Iranian Gas Company (NIGC) boss Hamidreza Araqi opened talks in Ashgabat on a replacement agreement for one due to expire December 31, warnings of a possible cut-off had led the Iranians to insist they could make alternative arrangements. 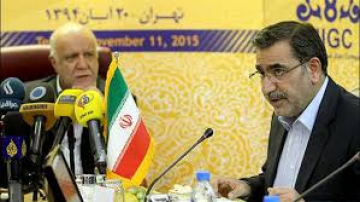 On December 28, Tehran’s state-run Press TV, declared: “Iranian media say the country can weather a full stop to the gas flow from Turkmenistan by completing pipe-laying in the country’s north and temporary diverting of the gas used in industries to homes.”

Moreover, the volumes are comparatively small. Discussing what was at the time viewed as a possible cut-off, the oil minister Bijan Zanganeh told the Mehr news agency December 30 that “in the past couple of weeks” the maximum volume of Iranian gas imports from Turkmenistan “was about 10mn m³/day.” That’s the equivalent of just 3.65bn m³/yr. In contrast, Zanganeh noted, Iran was producing 700mn m³/d (about 255bn m³/yr) and that this was set to rise to 1bn m³/d as the giant South Pars development was completed.

What this demonstrates is that while any prolonged Turkmen gas cut-off will cause hardship for northern Iran this winter, and will likely increase the amount of smog in Tehran as power stations burn fuel oil instead of gas, it will not have a permanent effect on Iranian supplies. It will, however, probably result in higher local gas costs, since it is almost certainly cheaper to import gas to northern and northeastern Iran a short distance from nearby Turkmenistan than to transport it from Iran’s own gasfields in the Gulf, which are much further away. But such costs, given what Tehran will consider to be the unreliability of Turkmen gas, would clearly prove quite acceptable.

It will also impact on Turkmenistan’s reputation as a reliable supplier, making it harder for Ashgabat to pursue swaps arrangements under which some gas deliveries to Iran could be matched with deliveries from Iran to either Azerbaijan or Turkey.

But the most immediate impact will be on Iran’s own willingness to pursue what was supposed to have been a 10-year barter arrangement agreed last June, under which Iran was to have received some $30bn worth of gas in exchange for the provision of $30bn worth of Iranian goods and services.

Because the specific price of gas was not publicly disclosed, it is impossible to say what volume of Turkmen gas exports will be affected by this. But – somewhat surprisingly in view Iran’s own gas production increases – Turkmen sales to Iran have been rising in recent years, amounting to 7.2bn m³ in 2015 and with reports during the course of 2016 indicating a continuation of the upwards trend.

Press TV reported December 28, “Iran currently imports about 35-40mn m³/day of gas from Turkmenistan under a deal which has stood for the past 20 years.” This rate of imports – perhaps as much as four times higher than the flow Zanganeh reported for the last two weeks of December – is equivalent to roughly 12.8 to 14.6bn m³/yr. Under the June agreement, depending on what nominal price was set, Turkmenistan would have been expected to supply Iran with anything between 8 and 17bn m³/yr over a ten-year period.

Finally, there’s the ultimate bottom line. Turkmenistan now has only one export customer for its gas: China. Chinese imports from Turkmenistan are now growing at a much slower rate than before, which means Ashgabat will have to step up its efforts to find ways to deliver gas to new markets such as Pakistan, India, Azerbaijan, Turkey and the European Union. But reaching those markets raises a whole raft of diffucult questions concerning the infrastructure required to access them.