A letter from Turkey's president, Recep Tayyip Erdogan, to his Russian counterpart Vladimir Putin, may help to restore relations between the two countries. They have been frosty since last November, after the Turkish air force shot down a Russian jet over Turkey's borders, killing the pilot.

The contents of the letter have not been made clear but the Turkish presidency stopped short of apologising – a key condition for ending hostilities – according to Erdogan's spokesman, Ibrahim Kalin. However, he said there was a sentence expressing sympathy for the relatives of Russian pilot.

From the other side, Putin's spokesman Dmitri Peskov reportedly said June 28 that Erdogan spoke of his deep regret for what happened and said he wanted to restore relations. 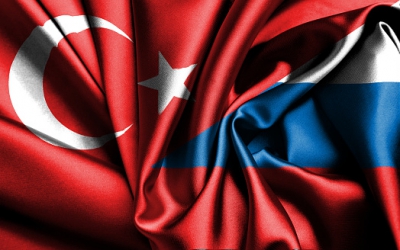 In a televised press conference, Kalin said that Erdogan and Putin would hold a teleconference midday on June 29 about the next steps. "We are expecting a quick normalisation in diplomatic and economic ties between two countries. Also, the Russian side took constructive steps,” he said.

“The sanctions applied to Turkish companies can be reduced gradually. Our ties in energy, economy and business will begin to normalise in the near future,” he said. The spokesman also said that Turkey would not change its foreign policy regarding issues in Ukraine, Crimea and Syria.

The letter coincides with Turkey and Israel agreeing to revive diplomatic ties after the 2010 Mavi Marmara incident.

Analysts said that the Turkish side has been pragmatic but it will take a long time to normalise the economic and diplomatic ties between two countries. “The investment community will be cautious on the chances of the establishment of energy ties between two countries. The Turk Stream pipeline project, which Gazprom proposed and shelved, might not be started immediately,” Mustafa Salih, an independent energy analyst, told NGE.

“I would assume that the normalisation with Russia can be relatively soon, definitely in time for the 2017 tourism season but perhaps much sooner,” said Michael Harris, chief strategist of Renaissance Capital, based in London.

"Turkey needs to diversify its imported energy resources. Turkey's approach to Russia will bear fruit in early October. The feasibility of the Turk Stream natural gas pipeline project, which Putin proposed in late 2014, may begin later this year. If all things go smoothly, we may see the Russian molecules in early 2019 via a new pipeline," Mehmet Kara, Editor of Energy Daily, told NGE.

Russians cannot spend more time for waiting for this pipeline, he said. Turk Stream is a diverted version of South Stream Pipeline, a similar route which will ship Russian gas under the Black Sea to Turkey's Trachea region, near the border with Greece and Bulgaria.

"We are seeing a reversion to a more traditional Turkish foreign policy. Pragmatism is probably key here, as a reflection of declining Western power and leverage in the region," said Timothy Ash, chief emerging markets strategist of Nomura, based in London. "From a market perspective, the prospect of normalisation in economic and business relations with Israel, Russia, and potentially Egypt is positive. The prospects for a Cyprus peace deal and then energy sector development south to Israel and Egypt is also a potentially significant positive," he said.