It’s long been assumed that any discussions of energy and environment are – by definition – incompatible when it comes to reducing Canada’s greenhouse gas footprint to net zero by 2050. Both environmental stewards and industry champions have long struggled to redefine the energy policy landscape amid their increasingly incompatible views on what that should entail.

However, a new paper for the University of Calgary’s School of Public Policy suggests a missing link that could tie together the future direction of Canada’s energy sector in a Net Zero world: economics. 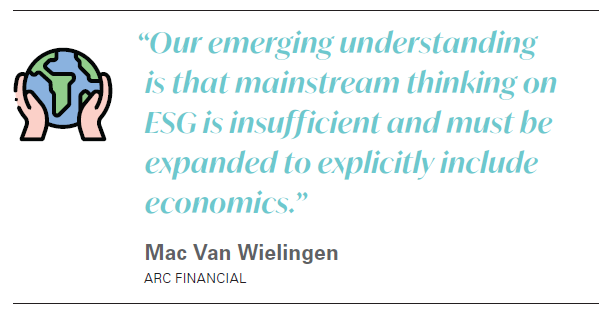 The paper, authored by Calgary-based energy thought leader Mac Van Wielengen – simply known as ‘Big Mac’ to his peers – makes the business and social case for reducing Canada’s emissions and attracting the trillions of dollars of investment that will be needed to build out the required infrastructure to meet the country’s lofty commitments under the Paris Accord. And he insists it’s doable within manageable policy frameworks and reasonable expectations to meet those targets.

Van Wielengen is the well-known chair of ARC Financial, a major private equity investor in Canada’s upstream oil and gas sector. He is also a former chair of AIMCo, the Alberta Investment Management Company, which manages the investments of pension, endowment and government funds in Alberta, and he’s well-travelled in the halls of power and policy centres in Ottawa. When he talks, politicians and industry insiders listen.

He used the occasion of Natural Gas World’s Canadian Gas Dialogues (CGD) conference on September 29 to release his paper and tout its major themes in one of the first live gatherings of major industry insiders since the start of the Covid-19 pandemic.

And when he says in the report “the desired outcomes of energy policy are not singular… they are multiple, overlap, are often in conflict (yet) potentially operate synergistically”, he’s not just mincing words.

“Our emerging understanding is that mainstream thinking on ESG is insufficient and must be expanded to explicitly include economics,” the report says.

Toward a path forward

This is all well and good, words are after all mightier than swords. The real question is how to achieve these outcomes, on both micro and microcosmic levels – with one eye on the long game of the future and another on day-to-day realities. But how to put those lofty words into action?

The answer, according to various panelists who engaged with Van Wielingen in an armchair discussion at CGD, is a combination of measures large and small, a combination of Big Picture Thinking and getting down on hands and knees to scrub the floor. Natural gas will obviously play a role, both as a base load fuel and in a myriad of new ways of putting it to use.

Even that becomes a chicken and egg question. Which comes first: policies that will encourage the trillions of dollars in new infrastructure needed to achieve meaningful emissions reductions or the investments required to achieve them?

That question appears to be answering itself with a slew of announcements in new facilities – in Alberta at least – to utilise natural gas to achieve the elusive ‘net-zero’ goal.

In early October, petrochemical manufacturer Dow announced plans to refit its existing Fort Saskatchewan plant north of Edmonton to reduce Scope 1 and 2 emissions from the ethylene value chain. If the plan goes forward, a new production process will convert gas emissions into blue hydrogen and later store carbon dioxide, the first plant of its kind in the world.

The project is based on a highly efficient furnace design with optimised integration with other facilities on site, which the company says will significantly reduce energy consumption along with corresponding CO2 emissions.

If it goes ahead, the new expansion will be the lynchpin of Dow’s plans to become zero-compliant by 2050. This single brownfield project has the potential to slash its Canadian emissions by more than a third when it comes online in 2030. In a news release, Dow said the site was chosen due to “availability of carbon capture infrastructure, competitive feedstocks and attractive government partnerships”.

More importantly – from an economic perspective – the company is anticipating a 15% annual return on capital and a corresponding 65% reduction in operating costs. Dow joins Japanese giant Mitsubishi and Satoshi that have announced plans to build new facilities to capture CO2 and convert it into LNG and ammonia.

Some estimates have pegged hydrogen to become a US$2.5 trillion economy globally by 2050.

In his keynote address, Dale Nally, Alberta’s associate minister of natural gas and electricity, told the conference the province is aiming to attract some C$30bn in new capital investments to build out its petrochemical and hydrogen infrastructure, which will become the lynchpin of the province’s energy strategy. He’s expecting at least three more major mega projects over the next 10 years to position Alberta as a leading clean energy and hydrogen producer and claims to have a backlog of at least C$15bn in new project applications on his desk.

His department will announce a detailed “actionable” hydrogen strategy in the coming weeks to take advantage of abundant feedstocks while encouraging demand both locally and abroad in emerging export markets such as Japan. He added that these investments would be impossible without incentives to encourage growth while stimulating demand.

“We want it to be the most aggressive we’ve ever seen,” he said. “If you want to be in the petrochemicals game you have to have incentives.”

However, the general consensus was that smaller, immediate steps can reap commensurately larger benefits to making immediate cuts while the bigger picture issues sort themselves out.

Perhaps not surprisingly, many of those reductions can come from existing upstream operations in the areas of drilling, hydraulic fracturing along with gathering and processing of not just gas, but associated oil and liquids.

According to Scott Volk, technology and innovation lead at Tourmaline Oil, Canada’s largest gas producer, the company is striving for a clean-gas certification to compete in clean energy markets by doing little things like recycling fugitive emissions from plants and well sites and converting diesel drilling rigs and frack spreads to LNG and electricity, in “small units repeatable thousands of times”.

“How you do the small things is how you do the big things,” he told a panel discussion on avoiding and capturing emissions. Using a football analogy, a game of inches: “Go for the Hail Mary but don’t forget about the other (smaller) plays in the playbook”.

Anna Stukas, vice-president, business development with Carbon Engineering, added that the upstream industry – vilified by environmental activists – is essential to achieving Canada’s emissions reduction goals. Carbon Engineering was founded by Alberta resident David Keith, a Harvard professor and member of the UN’s Intergovernmental Panel on Climate Change (IPCC) and is presently operating a demonstration plant at Squamish, BC that literally sucks CO2 from the air and stores it for sequestration.

Although he is opposed to fossil fuels – a position well documented on television talk shows and in a recent op-ed in the New York Times – Keith has also said he formed Carbon Engineering to demonstrate his personal commitment to finding an economical way to decarbonise Canada’s energy economy, ‘walking the talk’ as it were.

Despite Carbon Engineering’s decidedly ‘green’ bent, Stukas said partnerships with the upstream industry will be critical in large-scale sequestration efforts. “The people with the best skill sets to put carbon in the ground are the ones who take it out of the ground.”

The company has teamed with Occidental Petroleum in the US to build a larger CCS facility in Texas designed to capture 1mn mt/year of CO2, and in June announced plans for a similar facility in the UK with London-based Storegga.

Which comes back full circle to Van Wielengen: “Economics should not be an afterthought” he said. What’s needed is “stakeholder capitalism” with “predictability of returns as opposed to maximisation” to meet sustainable public and social policies, he said.More than words

Stakeholder alignment among industry, government and NGOs is required if net-zero is to be achieved by the end of the century. Van Wielengen suggested without concerted and coordinated efforts, the elusive net zero goal could be pushed back 40 years to 2090 due to factors such as the Covid pandemic and the requirement for governments to raise revenues to offset massive relief spending, especially in Canada.

Van Wielengen also spoke at length on what he termed a “disconcerting” trend for public pension funds and institutional investors to exclude fossil fuels from investment portfolios. On September 28, Caisse de dépôt et placement du Québec announced it would divest virtually all of its oil and gas holdings to demonstrate its commitment to fighting climate change and reducing its carbon footprint in half by 2030. Those include investments of some C$750mn in Suncor and Canadian Natural Resources Limited, two of Canada’s largest upstream oil sands producers.

The move is significant because the Caisse manages virtually all of the public and para public pension and insurance plans in Quebec. Van Wielengen argued a followup by the Canadian Public Pension plan (CPP) or the Ontario Teachers’ Pension Plan – neither have indicated they would follow suit – would have profound negative impacts for the Canadian energy sector as a whole, jeopardising a net-zero future.

“Engagement is a long-term winning perspective”.