The UK government and the offshore industry reached a landmark set of agreements governing their future relationship in the Transition Deal, signed March 24.

Disproving ministerial leaks a few days earlier that the country’s licensing regime would be curtailed, as has happened offshore both Ireland and Denmark, the long-awaited deal allows the UK to continue to benefit from continuing energy security, taxes and employment the sector brings.

In return, the sector must comply with the government’s net-zero carbon goals. That means no more routing flaring or venting. And electrification is to replace gas-fired compressors on platforms wherever possible. 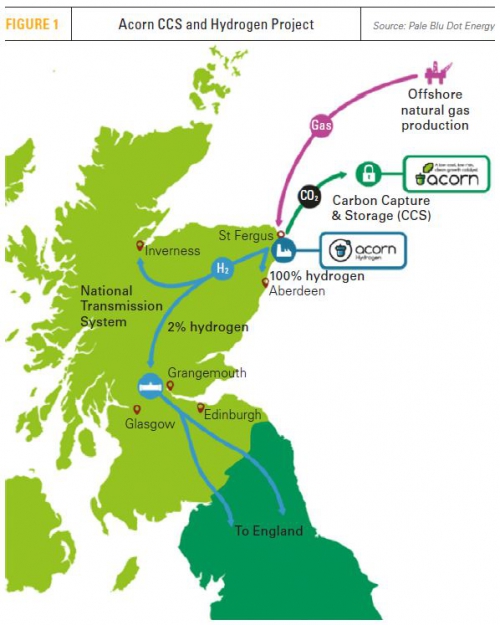 Monitoring the operators’ progress will be a delivery group chaired by an industry representative of the North Sea Transition Forum and the government’s Department of Business, Energy and Industrial Strategy (Beis), supported by a project management office hosted by OGUK.

The upstream regulator, Oil & Gas Authority (OGA), has also attempted to square the circle of maximising the economic recovery and minimising carbon emissions – its twin objectives – by promoting blue hydrogen, for which gas reserves, producers, pipelines and depleted fields are all needed.

The day before the announcement, the OGA published its own favourable report on a hub at Bacton, the delivery point for UK southern basin gas, and export point for continental Europe.

OGA CEO Andy Samuel said that the way energy systems were transformed, and the rate of change were of “vital importance.” His statement also had a corrective for lobbying organisations who have called for a faster end to fossil fuel use in the UK.

He said: “Many think of the energy transition to net zero, as simply ‘the move from fossil fuels to renewables’. In reality it is more complex, with interdependencies between the two while alternative energies ramp up to scale.”

Commenting, law firm Womble Bond Dickinson said: “This sector deal sets in stone the net-zero measures to be taken… New 'checkpoints' will be inserted into the licensing process to ensure compatibility of new oil and gas projects with the UK's climate objectives.”

Another law firm, Fieldfisher, said the upstream would play a key role aiding the switch to more sustainable energy generation. Existing oil and gas infrastructure will have to be repurposed for carbon capture and storage (CCS), hydrogen or gas-to-wire projects. And keeping emissions down while this shift takes place is a sensible step, it said.

The heart of the deal

The 50% reduction target by 2030 needs to happen quickly, so industry, government and energy users will have to work together on devising a way of sharing the risks and rewards of CCS and so on.

There are many ways of reaching the goals, some costing more than others, and although no longer affected by the European Union’s own Green Deal, UK industry cannot expect any more lenience from government: any support it gives “must now be within the context of delivering our net-zero target,” Beis said as it announced the deal.

The same day, Beis published proposals setting out how the UK's largest companies and professional services firms representing £4 trillion ($5 trillion) in turnover will also have to prepare for the transition to a low carbon economy.

Offshore electrification and ‘buying British’ are also parts of the plan.

CCS is carrying the hopes of industry and society: all projections where the world achieves net zero emissions on time, by limiting average temperature rises, rely to some extent on it.

The opportunity for the local supply chain is also significant given the capability overlap between the existing oil and gas industry and the future CCS industry and could be underpinned by dynamic and voluntary industry commitments around local content as capability develops.

At least 10mn mt CO2/yr of transport and storage capacity will abate a variety of difficult to decarbonise industrial sources such as natural gas combustion for high grade heat, process emissions from steel or cement, or emissions from reforming natural gas to produce hydrogen.

The most advanced of these is the Acorn project at St Fergus, Scotland, which is based on a mix of steam methane reformation, where blue hydrogen is produced and the CO2 sequestered underground; and later, industrial emissions. The government is planning to unlock investment of £2-3bn in carbon transport and storage infrastructure, having already promised £1bn of taxpayers’ money.

But there is also green hydrogen. The UK already has offshore wind potential and electrolyser capability and aims to launch 5 GW of low-carbon hydrogen capacity by 2030.

How clean hydrogen is used in 2050 will depend on cost, availability and technical application. The UK will need production at scale by 2030 before scaling up further.

The government will create a Net Zero Hydrogen Fund with £240mn co-investment out to 2024/25. It will be used to decarbonise industrial clusters and kick-start an expanded UK hydrogen economy

The UK, with its legacy of decades of oil and gas production and transportation, is in a strong position to become a global technology leader in CCS. With the potential to store more than 78bn metric tons of carbon dioxide, the UK can be a world leader in carbon storage services.

Deployment of CCS could create new markets for UK businesses, at home and abroad, as other countries look to meet their emissions reduction commitments. Export opportunities from CCS are estimated at £3.6bn by 2030.

Projects range from the partial electrification of brownfield assets to fully electrified greenfield projects, with cost estimates ranging from £200mn to above £2bn for the largest. The expected emission reduction opportunities from these projects vary from 40,000 mt/yr to 2mn mt/yr.

The government will work with the sector to identify potential funding for early-stage offshore electrification studies that businesses could bid into, on a match-funded basis.

And the OGA will promote the adoption of cost-effective electrification opportunities via provisions in its new strategy.