Towards sustainable LNG [Gas in Transition]

As global energy systems seek an achievable path to net zero by 2050, a key component will be weaning Asian economies – primarily India and China – off their still largely coal-based economies, and LNG is widely considered a viable replacement.

China, in particular, is a focus for US LNG producers, and a lower-carbon gas trade between the two countries – which together account for more than 40% of the world’s CO2 emissions – would certainly contribute to a lower-carbon future.

US LNG exports to China, a 2019 study by the US National Environmental Technology Lab revealed, would generate 21-54% less greenhouse gas (GHG) emissions than regionally-produced coal. And exports to Europe would produce 20-53% fewer GHG emissions over 100 years than burning European coal in a European power plant.

The American Petroleum Institute (API), in a recent study using emissions modelling based on 2020 data, found that LNG exports from the US to China, Germany and India would generate, on average, 50.5% fewer lifecycle GHG emissions than coal-fired power.

But those climate benefits could be de-railed if the natural gas and LNG industries – not just in the US but around the world – don’t do something to address the emissions of methane – a far more potent GHG than CO2 – from the LNG value chain.

Equitable Origins, MiQ (a collaboration between Colorado-based think tank RMI, formerly the Rocky Mountain Institute, and London’s SYTEMIQ) and Project Canary, all offer certifications of one sort or another. EQT, the largest US producer of natural gas, Chesapeake Energy, Northeast Natural Energy and even supermajor ExxonMobil are all pursuing certification under either Equitable Origin’s EO100™ standard or the MiQ Standard, while Vine Energy and Range Resources are among several upstream and midstream gas players seeking certification from Project Canary.

Roy Hartstein, founder and CEO of Responsible Energy Solutions (one of five accredited MiQ auditors), tells NGW it’s not just the big companies that are looking at certification. Smaller, private-equity producers also know which way the wind is blowing.

“Companies large and small are stepping up to take care of their emissions,” he says. “Methane emissions, in particular, are something that have to be taken care of to create a longer runway for natural gas into the future.” 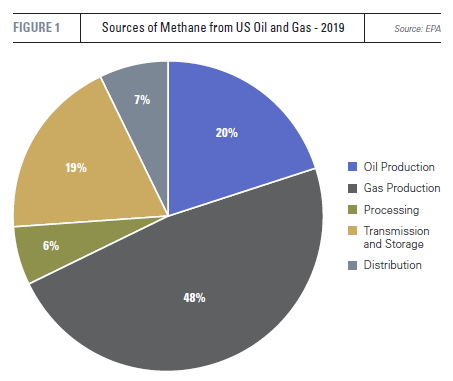 While gas producers have taken up the methane challenge, what’s missing is a concerted effort on the part of LNG developers to extend the certification process – especially for methane – to the broader global natural gas value chain, including LNG exports.

Early last year, the European Commission (EC) warned that methane emissions associated with LNG imports into Europe were harming the credibility of natural gas as a transition fuel. In October 2020 it followed up that declaration with its EC Methane Strategy, which seeks to impose compulsory measurement, reporting and verification (MRV) of all energy-related methane emissions as part of its Green Deal, which could lead to increased costs for LNG importers.

“The strategy contains a very clear threat to exporting countries to implement required MRV measures or risk having their exports to the EU deemed in excess of a future default emissions value to be established by the European Commission,” Jonathan Stern, distinguished research fellow at the Oxford Institute for Energy Studies, wrote in a November 2020 paper. “This is a clear attempt to impose extra-territorial regulation on non-EU countries.”

Under the strategy, LNG importers in the EU would be required to implement an approved MRV framework that would allow their methane emissions to be determined and measured against a yet-to-be-determined threshold, which Stern suggested could match the Oil and Gas Climate Initiative’s methane intensity target of 0.2% by 2025.

If importers don’t implement a framework, their emissions will be determined by a default value.

“Gas imports with methane emissions in excess of a default value, or in excess of defined thresholds, would then be subject to financial penalties determined by a future methane tax, carbon border adjustment mechanism or other GHG-related tax or price,” Stern wrote.

He suggested that the pending imposition of the new rules may have contributed to the decision last year by French utility Engie to withdraw from LNG purchase negotiations with US developer NextDecade.

The EC is expected to publish legislative proposals before the end of this year to enshrine the strategy.

In the wake of the EC’s moves on methane, LNG importers have become increasingly interested in the pedigree of their suppliers, and some have turned to MiQ for answers.

That led to a collaboration announced in May between MiQ and Carbon Limits to extend the MiQ Standard to the full LNG supply chain, creating the world’s first independently audited certification standard for LNG.

“We welcome the European Commission’s proposed methane strategy,” Georges Tijbosch, senior advisor at MiQ, tells NGW. “Although the strategy focuses on improved measurement and reporting of methane emissions, it also identified energy imports as a major source of methane emissions.” 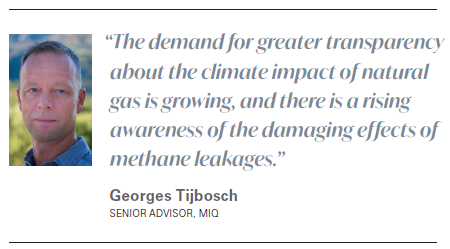 And for import regulations – contemplated in the EC methane strategy – to be effective, each batch of LNG entering a regulator’s jurisdiction needs to include a credible assessment of its methane emissions performance, he says.

“To make this enforceable in practice, an independently audited and globally applicable certification system is needed to create a level playing field,” Tijbosch points out. “Certification of the full chain – including LNG in many cases – would provide a credible assessment of the methane emissions performance of all natural gas around the world.”

That will give LNG importers the ability to shop for natural gas based not only on geography and price, as is the case now, but on the environmental performance of the supplier. And clarity on emissions performance will give certified LNG suppliers an edge, not to mention a price premium, over uncertified producers.

“The demand for greater transparency about the climate impact of natural gas is growing, and there is a rising awareness of the damaging effects of methane leakages,” Tijbosch says. “MiQ is adopting a pioneering life cycle assessment concept to assess the methane emissions performance of natural gas along the full supply chain.”

The existing MiQ Standard applies to upstream production facilities, where most methane emissions occur, he says. The new LNG Standard, due for release in October, will be piloted later this year, and along with a similar assessment protocol being developed for the midstream, will allow MiQ to follow certified gas along the full supply chain, from production to entry to the importing zone, he says.

The LNG standard, Tijbosch says, will incorporate the same rating scale – five grades, ‘A’ to ‘F’ – that MiQ uses to assess production facilities, but will apply it instead to liquefaction terminals.

The full content of the standard is still being developed, in consultation with a wide range of stakeholders, he says, but will likely focus on methane emissions associated with liquefaction, storage and export.

“The interest from the US for MiQ has been significant across the whole supply chain, and there has been major interest from US LNG producers that want to credibly prove the methane emissions performance of their LNG,” Tijbosch says. “Newer LNG projects have the specific issue of needing to compete for long term sales from buyers to achieve the financial investment decision (FID) point, and buyers are now asking for increased transparency on GHGs associated with their LNG cargoes.”

Cheniere out in front

In the US, Cheniere Energy, which pioneered large-scale LNG exports in 2016, is the only LNG producer to have taken up the challenge of quantifying CO2 and methane emissions from its value chain.

In May, it worked with global LNG trading powerhouse Shell to deliver a carbon-neutral cargo of LNG from its Sabine Pass facility in Louisiana to Europe, using carbon offsets purchased from Shell’s global portfolio of nature-based projects. Cheniere purchased sufficient offsets to account for the estimated CO2 emissions associated with activities upstream of its FOB delivery point, including production and liquefaction.

The same month, the Collaboratory to Advance Methane Science (CAMS), working with London’s Queen Mary University and Spanish transmission system operator Enagas, completed a study that directly measured the methane emissions associated with the delivery of Cheniere-produced LNG from its Corpus Christi liquefaction terminal in Texas to a discharge point in Europe.

The results of that research, carried out on board the Cheniere-chartered GasLog Galveston, are expected to be published in the first quarter next year, a CAMS spokeswoman told NGW.

And in June, Cheniere announced it would work with academic institutions and five of its producers to quantify, monitor, report and verify greenhouse gas (GHG) emissions performance at natural gas production sites.

MiQ auditor Hartstein says what Cheniere is doing is being closely watched by the rest of the natural gas and LNG industry. But whether others adopt a similar model to prove their value chains are sustainable remains to be seen.

“If they are very transparent with what they do and disclose I think it will be an interesting approach that they are going to take,” he says. “If the market accepts the Cheniere approach, others will join. Others are interested, but I don’t see other LNG companies at this point trying to do their own approach.”

What will be more critical, Hartstein says, is how companies like Northeast Natural Energy, EQT and Chesapeake fare in their certification efforts, and if the global natural gas market accepts the standards established by MiQ and EO.

“I expect the NNE, EQT, Chesapeake and other transactions that are pending with EO and MiQ will begin creating a volume of gas for the market that LNG (producers) will find interesting,” he says. “And if the market (also) accepts the EO/MiQ standards, which I think it will, then I think there will be an increase in interest from the LNG shippers on that.”