French major Total has started up production on Kaombo Sul, the second floating production storage and offloading unit of the Angolan Kaombo project in Block 32, 260 km offshore, it said April 2.

Eight months after its sister ship, Kaombo Norte, came on stream, Kaombo Sul will add 115,000 barrels/day and bring the overall production capacity to 230,000 b/d, equivalent to 15% of the country’s production. The associated gas from Kaombo Sul will be exported to the Angola LNG plant.

Total's upstream boss Arnaud Breuillac said the second FPSO was "an excellent example of standardisation to reduce costs and improve efficiency. Its start-up will contribute to the group’s cash flow and production growth in 2019 and beyond.” The company is now preparing to drill an exploration well on Block 48. 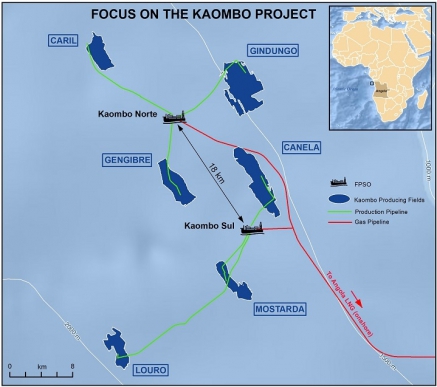 The full Kaombo development consists of six fields spread over an area of 800 km2. Gengibre, Gindungo and Caril were connected to the Kaombo Norte FPSO which started up last year, while the three fields, Mostarda, Canela and Louro, have now been connected to Kaombo Sul. The FPSO units were converted from Very Large Crude Carriers.

Pakistan to Save $3bn in New Qatar LNG Deal: Press