Three big companies that were mentioned — Royal Dutch Shell plc, BP plc and Statoil ASA — were reported to have signed confidentiality agreements with Toreador and concluded technical due diligence on the firm’s oil properties.   Total S.A., the giant French energy company, was  also to have conducted initial due diligence on Toreador but was reported to have backed away.

Recent news has revealed that Toreador's partner of choice was not one of those mentioned to be in the running.

On May 10th, Toreador announced that it had entered into an agreement with Hess Corporation under which Hess may become co-holder of Toreador’s exploration permits in the Paris Basin, France, which represent approx. 1 million gross acres (of which 680,000 acres awarded and 360,000 acres pending. 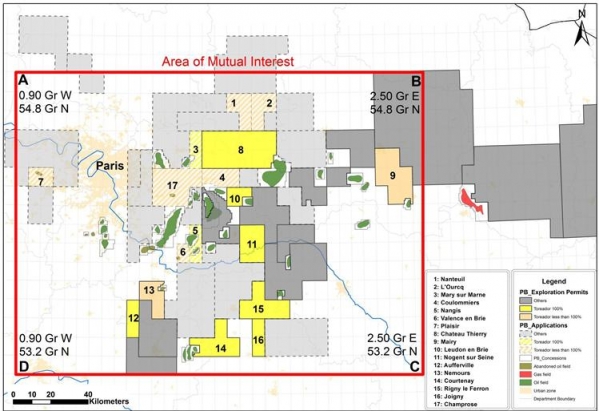