The Italian Ally In The V4 Gas Security Battle

Flexibility, banking union, and Eurozone governance are the main friction points between the two leaders. Renzi claims that Europe has to cease its austerity period and focus on growth. While Merkel continues to believe that budgetary discipline is still key to recovery, her stance is increasingly less firm.

Among the instruments Renzi is using to influence this disagreement, the Nord Stream 2 — the doubling of the Nord Stream pipeline which passes through the Baltic Sea to carry Russian gas to Germany — is receiving the most attention from the media. Italy is against the project, which Moscow and Berlin backed in September 2015, but Renzi’s objections are pointed at Germany rather than at Russia.

THE HIDDEN SIDE OF ITALY’S FIGHT AGAINST NORD STREAM 2

As seen by the Italians, Nord Stream 2 is incompatible with the Third Energy Package of the EU which regulates the foundations of the European energy market and competition. The new gas pipeline may go against the rules set by Brussels, but the Italian critiques of it are also bound to Italy protecting its national interests, even though this is admitted publicly. “Italy aims at becoming a big European hub for gas distribution and is afraid that, thanks to Nord Stream 2, Germany could overtake it”, argues Nicolò Rossetto, an energy expert at the Institute for International Political Studies (ISPI) a think-tank based in Milan.

When it comes to importing gas, Italy has a very multi-branched network. Authorities are currently investing funds so as to make entry points for gas imported from Russia, the Netherlands, Algeria, and Libya junctions to ensure reverse flow towards Central and Northern Europe. Among these interconnections, the one in Tarvisio, where the Russian gas arrives from the pipeline crossing the Ukraine, has increased its capacity and strategic role over the last few years, due to lower imports from war-torn Libya and Algeria, which both need to update their infrastructures.

Between 2013 and 2016 Italy imported through the Tarvisio entry point between 26 and 30 bcm of gas each year out of the 55–61 bcm imported per year in the same period. Since both Nord Stream and the doubling of the pipeline downgrade the role of the Ukraine, a traditional link between the Russian gas producer and European consumers, Italy sees them as detrimental to Tarvisio and the country’s ambition to become a European hub for gas distribution.

A DIVERGENT CONVERGENCE BETWEEN ROME AND V4

Italy and the V4 countries share a similar view of Nord Stream 2. Poland, Hungary, the Czech Republic, and Slovakia also contested this German-Russian project, which they saw as contesting the rules set by the Third Energy Package. In mid-December 2015, the V4 group expressed a common position on Nord Stream 2, asking the European Commission to ensure “full compliance of any new infrastructure with EU legislation”. A further criticism shared by Italy and the V4 countries concerns the usefulness of Nord Stream 2. “With the current demand of natural gas in Europe, which decreased during the economic crisis, there is no need to add more infrastructures to the existing ones”, stresses Rossetto. However, Gazprom claims that Nord Stream 2 is essential due to the reduction in gas production unfolding in Northern Europe.

Just as happens in Italy, Nord Stream 2 undermines some national interests in the V4 countries. Hungary and Slovakia, for example, do not want to lose privileges related to the pipelines connecting the Ukraine with Europe which pass through their territories. However, Poland does not make such calculations. For Warsaw, Nord Stream 2 is a huge blow to the strategic role of the Ukraine, thus leaving Central Europe under the Kremlin’s influence, compromising the European balance.

The Italian objections to Nord Stream 2 seem more aimed at Germany than at the Kremlin and Gazprom. In this respect, an additional criticism Renzi addresses to the German chancellor is that doing business with Moscow is now unfair. Renzi claims this is due to many countries in Europe being adversely affected by the Kremlin retaliation to the sanctions against Russia affecting European agribusiness. In other words, Italy views the Baltic pipeline as a way for Germany to bypass the European embargo, which Rome would like to revoke. The Italian business community is exerting pressure on this point, complaining about the downfall of its export to Russia (since 2013, 10 billion € were lost in the Italian-Russian interchange). Although Renzi knows that there is no chance of reaching this goal now, he still asked Brussels to have a serious political discussion about it.

Italy’s position could be shared by two V4 countries, Hungary and Slovakia, which are uncertain about the current business impasse with Moscow as well, but not by Poland, which is ready to accept the economic consequences of the embargo against Russia in order to block any Russian revanchism.

In Rome, the Russian matter is less crucial. Moscow is perceived as an essential economic partner rather than as a strategic menace. To summarize, Italy and the V4 countries are in concord about opposing Nord Stream 2 on technical and legal levels, but in regards to the Russian-Ukrainian war and the overall approach to Russia, some differences emerge.

WITH EUROPE, RUSSIA OR ON ITS OWN? WITH WHOM DOES ITALY STAND?

Italy also wants to stop Nord Stream 2 in retaliation for the economic damage it suffered from the ditching of South Stream, a Gazprom gas pipeline that was supposed to transport Russian gas at Vienna’s doorstep by passing through the Black Sea via the Balkans. Eni, the main Italian energy group, was one of the business partners of the consortium in charge of the o shore part of the pipeline. After the shelving of the project, many business deals vanished, among them those of Saipem — a firm owned by Eni and specialized in building energy infrastructures — which is now facing a financial crisis. 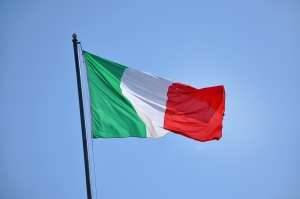 The Italian press published reports about a phone call between Renzi and Putin in which the Russian president would have offered some contracts to Saipem within the Nord Stream 2 project as a form of compensation. “It looks like journalistic ins and outs. This is not the way you let your country firms win tenders and I do not think Renzi wants to exchange a ‘yes’ to Nord Stream 2 with a contract to Saipem”, states Alessandro Minuto Rizzo, a former Italian diplomat and Deputy Secretary General of NATO who is currently the head of NATO Defense College Foundation, a research centre in Rome.

To summarise, Italy challenges the Third Energy Package to emphasize how Nord Stream 2 is against the European common good, but when opposing the pipeline, it is clearly pursuing its own national interest. Rome was a supporter of South Stream, a project that also went against the EU vision on energy. At the same time, the country is currently involved in the development of the Trans- Atlantic-Pipeline (TAP), a gas pipeline that will bring Azeri gas to the South-Eastern shores of Italy and which is included in the Brussels plan to diversify gas import in Europe. These positions encompass everything and opposite views.

On what side does Italy stand? “By and large, Italy is in favour of Brussels politics on diversifying import and creating a European energy market, even though it is not working towards this goal with perseverance”, says Rossetto. “Italy, just like any other European country, looks at its interests of the moment. On Nord Stream 2 it has a position similar to the one Central European countries have, but it does challenge their view on the refugee crisis.

At the same time, Renzi clashes with Berlin on European economic governance as well as on Nord Stream 2, but Italy and Germany have a similar approach towards Russia, even though Renzi is not a supporter of the sanctions while Merkel is.

However, the German chancellor does not see any contradiction between the embargo against Russia and Nord Stream 2 since she views the latter as a private project and not as something promoted by the German government. “All of these inconsistencies are hardly surprising. After all, we live in a liquid society”, reflects Alessandro Minuto Rizzo.

Matteo Tacconi is an Italian journalist writing on Central Europe and the Balkans.

This was originally published in Visegrad Insight 1(9) 2016