Dr Vladimir Feygin, the co-speaker of the Russia-EU Gas Advisory Council and the Co-chair of its Work Stream One, passed away on January 22 after a long illness. He was 74. 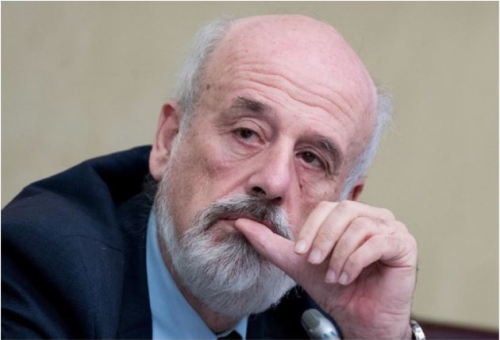 Dr Feygin was well-known worldwide as a redoubtable scientist and energy economist, analyst and forecaster for the Russian and global oil and gas industries.

He devoted 50 years of his working life to the development of first the Soviet and then the Russian energy economy. From 1970 to 2005 he worked in the research structures of Gazprom and was one of the geniuses behind the management of gas flows within the Soviet/Russian Unified Gas Transportation System, created in early 1970s and which has worked effectively ever since as the cornerstone for both Russia’s and Europe’s gas supply.

In recent years he was president of the Institute of Energy and Finance, co-established by Gazprombank and Gazprom Export; an adviser to the president of Rosneft, the Russian state oil company; a consultant to the board of Gazprombank; and chairman of the board of ENGO Engineering Company. He was also a member of the working group of the Russian presidential commission for strategic issues of energy development and environmental safety. He held other prominent roles in other Russian state agencies too.

Some mutually acceptable solutions were found as a result of his efforts. For instance, some of the ideas actively promoted by Dr Feygin in regard to booking cross-border capacity during the “open season” procedures were incorporated into the capacity allocation mechanisms of the EU Network Codes.

He was one of the initiators and a strong supporter of the process of informal consultations beween Russian energy/gas experts and European Union energy regulators and transmission system operators, relating to the Third EU Energy Package.

This process started in 2010 and in 2011 it turned into what is now the Russia-EU Gas Advisory Council, ultimately directed by the EU energy commissioner and the Russian energy minister. Dr Feygin was appointed as the co-speaker of the Gas Advisory Council and the co-chair of its Work Stream One, on long-term gas scenarios and forecasts, a role he retained right from the beginning of the process.

With his active and direct participation the Roadmap of Russia-EU energy co-operation for the period up to 2050 was developed, agreed and signed by both parties.

I think that the best memorial for Dr Feygin will be the effective continuation of Gas Advisory Council activities aimed at the strengthening of Russia-EU co-operation in all its areas, including energy and gas, for the mutual benefit of both parties, effectively uniting the EU’s demand for low-carbon development and the zero-carbon energy future with Russia’s national interest in monetising its vast gas resources. This is precisely the mission of the Russia-EU Gas Advisory Council: to lower mutual risks and uncertainties to a tolerable level.

We will remember Vladimir – and he will stay in our hearts!

The Co-chair of Work Stream Two “Energy Markets” of the Russia-EU Gas Advisory Council,
A. Konoplyanik

Africa’s Energy Sector Is in Need of Practical, and Not Reactionary, Solutions at the US and African Leaders Summit in Washington DC [GGP]