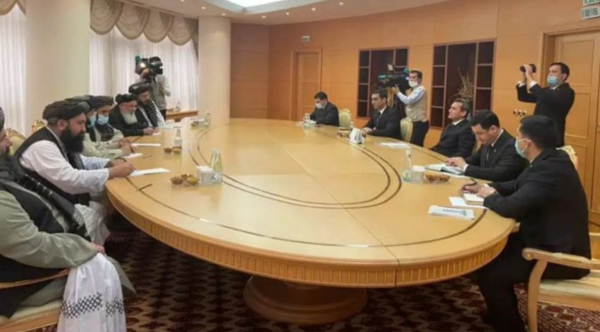 Turkmen Deputy Prime Minister and Foreign Minister Rashid Meredov participated in the talks, according to the head of the Taliban representative office in Qatar, Naim Bardak.

According to a statement by the Turkmen government, the talks focused on establishing peace and stability in Afghanistan. The statement said the Taliban representatives expressed complete support for Turkmen infrastructure projects.

"Without a doubt, the immediate construction of such projects as TAPI...and railroads between Turkmenistan and Afghanistan will help achieve peace and economic development in Afghanistan," Taliban spokesman Mohammad Soheil Shahin told journalists in Ashgabat after the talks.

State media in Turkmenistan, however, did not report on the meeting.

The Afghan government has not commented on the Ashgabat talks.

The 1,814-kilometer TAPI pipeline is projected to run from the Galkynysh gas field in Turkmenistan to the Indian city of Fazilka, passing through Herat and Kandahar in Afghanistan and Quetta and Multan in Pakistan.

Its cost is estimated at some $10 billion.

Turkmen officials due in Kabul to discuss TAPI: press