US energy infrastructure engineer Sycar is working with an LNG trader to develop an import facility for LNG in Ecuador, Nelson Jaramillo Pita, a managing partner told NGW. It will become the fifth such country in Latin America with import capacity. 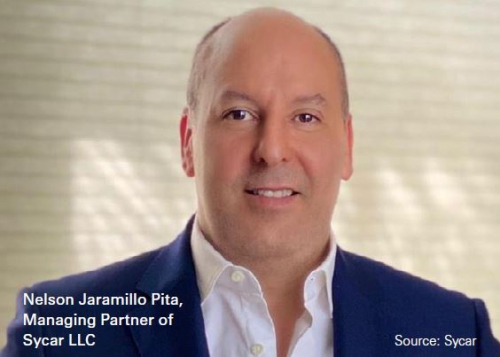 He said it could not be happening at a more favourable time for the electricity sector given the existing risks that the hydropower plant Coca Codo Sinclair faces, as a consequence of the aggressive natural erosion of the Coca River in the Amazon region of the country.

Sycar envisions this project from a market perspective, present and future. The project includes port facilities for docking a floating storage and regasification unit (FSRU) that will supply natural gas to power plants and industrial clients. Later on, customers in the transport and residential sectors may follow.

According to Jaramillo, importing LNG would benefit Ecuador in the short and medium-term, taking advantage of the increase in LNG export projects worldwide, which have kept natural gas prices very stable and low, this year in particular. He does not expect this situation to change in the years to come.

Jaramillo Pita discussed with NGW the progress, challenges and opportunities for making LNG available to the local market.

NGW: Why is this project important for Ecuador?

Jaramillo: This project can be a catalyst to stimulate national production with the growth downstream of basic industries and finished products industries as well, that is essential to support the economic stability of a dollarised economy. I hope this is just a first project and that others will come in the future.

A one-time member of Opec, Ecuador is still an oil-producing nation. The country produces about 500,000 barrels/day with average consumption of 250,000 b/d of refined products – diesel, gasoline, LPG and others – which are supplied by three low conversion local refineries as well as imports.

Regarding natural gas, the state-owned company Petroamazonas operates the Amistad gas field, in the southern part of the country, which supplies gas to a power plant (Thermo Gas Machala) as well as to a liquefaction plant owned by the national oil company, Petroecuador, in Bajo Alto. However, because of a natural decline in production and reserves, the field is expected to stop commercial production by 2022.

The challenge for Ecuador is to increase oil production and take its refinery assets to higher levels of efficiency and productivity. Likewise in regards to natural gas, the country should look to maintain Thermo Gas Machala in operation, build gas-fired power plants and develop a market with enough heft to negotiate LNG supply agreements in the international market.

NGW: In your view, what is the current energy situation in Ecuador?

Although during the previous administration, Ecuador became a more hydro-based energy economy, today, Ecuador faces several problems in the energy sector owing to the seasonality of rains, natural disasters, and incomplete or poorly constructed infrastructure that puts at risk the country's energy security.

On the other hand, Ecuador has become more vulnerable to climate factors such as the El Nino phenomenon, which causes droughts. This has consequences for hydropower generation.

With a reduction in domestic gas production, the significant vulnerability of hydropower generation and low conversion refining assets, Ecuador will significantly increase the use of imported fuels.

Indeed, fuel imports represent close to $2bn/year, out of which a large part has to be subsidised by the government. However, to reduce the increasing energy bill, the government has launched a plan to deregulate fuel prices by establishing price bands. It is also studying ways in which it can privatise fuel imports, which is today a monopoly of the state-owned Petroecuador.

NGW: In this scenario, what is the advantage of an LNG terminal?

Given this reality, there is an opportunity for a massive introduce natural gas into the energy mix in Ecuador by importing LNG. Sycar plans to develop a floating LNG facility to supply natural gas to clients in the power sector as well as transport it to industrial customers. This initiative reinforces the security of the long-term supply of gas, which is an important signal to send before opening up the gas market to the private sector.

This project represents a great opportunity to structurally change the energy mix in Ecuador by effectively and safely introducing natural gas to hydrocarbon-demanding sectors such as industry, transportation and domestic use, displacing other hydrocarbons in the future, such as diesel and LPG. It is a paradigm shift that represents a huge challenge and an opportunity for stakeholders in both the public and private sectors.

NGW: What is the potential demand for this project?

Sycar forecasts an initial demand for 375,000 metric tons/year of LNG, with a forecast of growth in demand supported by industrial customers as well as transport and domestic consumption sectors. The biggest challenge is the virtual nonexistence of local distribution networks. It is estimated that in the short term the demand may reach 200 MMPC/d.

There are also plans in the electricity sector to develop at least one 400-MW combined-cycle power plant, as a measure to give stability to the electricity generation fleet that today is almost 80% hydro.

The energy sector can greatly benefit from imported natural gas by ensuring the stability of supply and more stable prices compared with other hydrocarbons such as diesel in a situation in which we see that we cannot be 100% dependent on hydro power generation and be exposed to natural elements that we cannot control, the erosion of the Coca River is a clear example of that.

NGW: And can you tell us its progress?

The project is being developed in Bajo Alto in El Oro province. This is a prime location, with water depths of 36 feet on average and is protected in inland waters.

Currently, the project is in the environmental licensing phase, having received a concession granted by the under-secretary for Ports, and Marine and River Transport attached to the transport and public works ministry, as well as an FSRU operating permit from the agency for the control and regulation of hydrocarbons, part of the ministry for energy and non-renewable resources.

Sycar is an American company dedicated to the development of infrastructure projects in a wide range of industries, including oil, gas, petrochemicals, infrastructure, and utilities.